In Nigeria today, there are only two professors considered to be the youngest in the country’s academic sector. These two achieved the highest rank (prof) in the educational industry at young ages. In this write-up, we list the names of the youngest professors in Nigeria with their profiles and fields of study.

A professor is often known as Prof is an academic rank at universities and other post-secondary education and research institutions in most countries. In Nigeria, the highest number of professors are found in the universities. Professors teach academic or career topics to students pursuing college or university degrees. They conduct original research, publish findings in academic journals and books, prepare curricula, give lectures and evaluate students.

In addition to teaching courses, they are required to be subject-area experts. Professors fulfill this requirement by conducting original research as part of a postdoctoral fellowship. This original research in professional journals during this time provides a solid body of work in a subject area.

HOW TO BECOME A PROFESSOR IN NIGERIA

To become a professor in Nigeria, there are requirements which must be fulfilled because achieving the highest academic rank of professorship in a recognised university isn’t easy as it seems. Although, some lecturers have achieved this but not at an early age. For the records, only two lecturers were lucky to attain the position of a university professor at a relatively young age.

It is prerogative a university to appoint professors in various departments, but there are stages to this effect. For one to become a university professor, the first stage or rank is to become an instructor. The educational requirement for instructors is a minimum of a Master’s degree. After being an instructor, the next position is that of an assistant professor. An assistant prof must have earned a doctoral or professional degree (PhD). It is at this stage that one who is interested in becoming a professor must show his expertise in his field of study through writing books, journals, seminars, going for academic conferences, etc.

Meeting the above requirements for appointment as an associate professor, gives you a chance to be made a university professor. Ensure that you have achieved a lot in the educational sector as every academic institution do not appoint profs who haven’t contributed anything meaningful in the fields. There are a total number of 100 professors in the country that are still in service. Although some are old, this article is about the youngest professors in Nigeria.

Because of this, it takes years for one to add the title to his/her name. While some got it when they were already old, some got it at an early age. Unlike in the developed world, young professors are not that common in our case. However, that does not mean we don’t have them. Below are the profile of the youngest professors in Nigeria.

THE YOUNGEST PROFESSORS IN NIGERIA

The first youngest academic professor is Ayodele Awojobi. He became a professor at 37 years. Famously called “Dead Easy”, or “The Akoka Giant”, Ayodele Awojobi was born on the 12th of May, 1937 in Lagos State. He was a popular academician, inventor, activist and author. At a young age, he showed his prowess in the academic field at CMS Grammar School. He was fluent in sciences, arts and could solve mathematics easily. In fact, he represented the school at various debating competition. 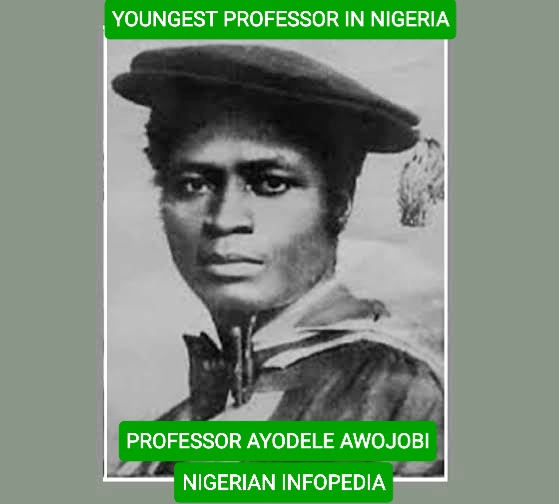 Awojobi holds the record of passing the West African School Certificate examinations in 1955 with eight distinctions. His scholarly genius showed at the Nigerian College of Arts, Science and Technology, Ibadan also, where he sat for his GCE. He cleared all his exam papers with distinction. Awojobi in 1962 also graduated with a first class honors from Ahmadu Bello University, Zaria where he was awarded his first degree in mechanical engineering.

Due to his extreme intelligence and educational records, the Federal Government at that time in 1962 awarded Awojobi a scholarship to study Mechanical Engineering further at the Imperial College of the University of London. In 1966, he was awarded a PhD in mechanical engineering after defending his thesis. He came back to Nigeria and taught at the University of Lagos as an instructor. He later went to further his education again at the Imperial College London for a research study in the field of Vibration. To that effect, he earned a degree of Doctor of Science, DSc.

Upon his return to Nigeria, Awojobi enrolled to be a lecturer at the University of Lagos in the Faculty of Engineering, but was made an associate professor by the University of Lagos Senate. That same week, he was promptly appointed a Professor in Mechanical Engineering, thus making him the youngest professor in the Faculty of Engineering, UNILAG and the first to ever attain professorship within a week under the age of 40. He died at the age of 47 in 1984. 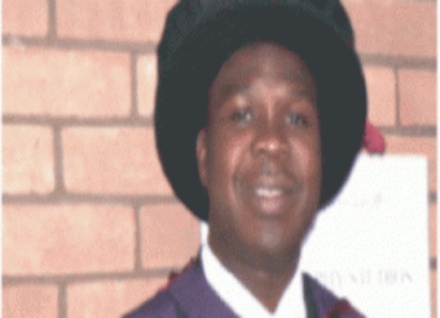 In 1998, he obtained his B.Sc. degree in Quantity Surveying from Ahmadu Bello University, Zaria. In the same department, he was employed as an Assistant Lecturer in 2000.

Professor Doko obtained his M.Sc. degree in construction engineering and management in 2003 from King Fahd University of Petroleum and Minerals, Saudi Arabia, and his Ph.D. degree Loughborough University, United Kingdom in 2007. He served as head of quantity surveying department of the university between 2008 to 2012 and was the first to be appointed as the managing director of the main consultancy firm of the university (ABUCONS) in 2010.

Professor Doko was promoted to the rank of Professor of Quantity Surveying at the age of 39 making him the youngest professor at the Ahmadu Bello University Zaria.

Therefore, the Youngest Professor in Nigeria is Professor Ahmad Ibrahim Doko. He is 46 years old and he teaches at Ahmadu Bello University, Zaria.