Wealthy young billionaires in the world like Mark Zuckerberg have become influential and powerful. The net worth and assets of these individuals by Forbes run in billions of dollars but they have inspiring stories which aided them in achieving this feat.

In Nigeria, we have many young men who built multi-million dollar companies and have gone down in the records as the innovative, having interest in various sectors of the economy. 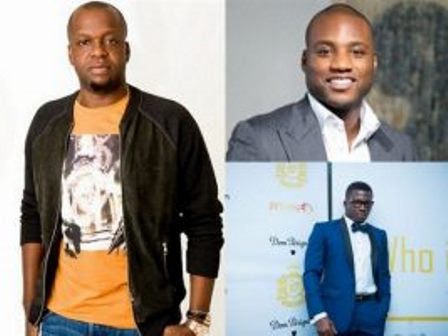 Here are the most recognized young billionaires in the country today.

Igho Sanmi is undoubtedly the youngest billionaire in Nigeria this 2023 with an estimated net worth of $1 billion. He was born in Agbor, Delta State. He is the current executive director of Cosmos oil AG and founder of Taleveras.

Sanomi has invested in the shipping, engineering, telecommunications, aviation, construction and also in the real estate sector. You can read more about his biography on Wikipedia.

Second on the list is Ladi Delano. He is the founder of Solidarnosc Asia, a Chinese Alcoholic Beverage Company which he built in 2004 when he was just 24 years old. This establishment produced the best brand of vodka, Solid XS.

He has so many investments and was even featured on Forbes list of young millionaires in Africa 2012. Ladi Delano as a seasoned entrepreneur sold Solidarnosc for $15 million and used the profit from this sale to establish a real estate investment company which is based in mainland China.

At the moment, Delano runs a $1 billion joint venture with Bakrie Group of Indonesia.

Obi Cubana whose real name is Obi Iyiegbu is presently one of Nigeria’s richest youth with influence in the entertainment industry. He is also the chairman of the Cubana group, a conglomerate of all his businesses. He burst unto the limelight after the burial of his mother attracted cash gifts from his friends running into millions of Naira. He is said to be worth an estimated $500 million dollars this 2023.

We all know Linda Ikeji as most popular blogger in the country and the richest female blogger in Africa. She came to limelight, when she announced she had just purchased a mansion worth over a million dollars in Banana Island (the most expensive neighborhood in Nigeria).

Born 19th February 1980, Linda first started as a model before she became an influential person, Currently, Forbes rates her as the highest paid blogger in the country with an estimated net worth of $9.2 million which makes her the richest female billionaire in the country.

Jason was born 11th of February, 1980. He is the founder of the popular internet firm, IROKOtv and Spark, a $2 million investment company that aids Lagos based internet start-ups.

After 11 years of trying, his success story began when he perceived the idea of establishing iROKOtv at the age of 30 while living with his mother under the same roof.

With his various investments and businesses, Forbes named him among the ten Young African Millionaires to watch out for. Jason is also a multi-millionaire.

One of the youngest most successful billionaire in Nigeria today is Sijibomi Ogundele. He was born in Agege, Lagos and had a dream of becoming among the wealthy people in the country today.

Sijibomi as a trained lawyer, took a confident approach and harnessed his network and skills which in turn created wealth for him on the long run. He is the owner and founder of the Sujimoto Construction Company Ltd, a multi-million dollar construction firm with presence in major cities around the world.

Sixth on the list of youngest billionaires in the country is Abiola Olaniran, founder of the popular Nigerian gaming company, Gamsole. It was his interest in software programming at age 15 that spurred him to study Computer Science and Mathematics at the Obafemi Awolowo University, Ile-Ife.

Since he established Gamesole in 2012, he has over 10 million downloads from the Windows Phone store. Currently, Abiola is Nigeria’s highest paid Windows Game developer.

Tayo Oviosu is the founder of Pagatech Limited, a registered company established in 2009. Before he established his company Paga, he worked as a Senior Consultant at Deloitte and also at Cisco as their Manager, Corporate Development.

Tayo helped Cisco’s expansion into Africa, before he began Paga, a website for sending money, receiving payments and paying for bills online.

Mark Essien was listed among the top 30 youngest entrepreneurs in Africa in the year 2015. Born 18th of February, 1980, Essien hails from Ikot Ekpene in Akwa Ibom. Essien is a successful Nigerian entrepreneur, online strategist, and startup investor.

He is the founder of hotels.ng, a leading hotel booking company in Nigeria. Mark Essien before he built this website, created a file sharing software called Gnumm. This software was bought by Snoopstar.com. Hotels.ng financial web worth is estimated at $4 million as at 2017.

Tonye Rex is a young Nigerian entrepreneur recognized by Forbes Africa as one of the 30 Most Promising Entrepreneurs in Africa.

As an experienced lawyer, He established the African Achievers Awards in 2011 and also founded Reputation Pool in 2016 which creates reputation polls and rankings.

One of Rex’s achievement is that he is the first West African to be appointed to the board of World Leaders Forum.

Innovation has always been Iyinoluwa Aboyeji’s dream. He started from Andela and later began his Flutterwave. He was the brain behind Bookneto, an online learning platform in Canada currently managed by the Canadian Innovation Centre.

Flutterwave is a multi-million dollar company and one of the top providers of tech and infrastructure solutions for digital payments across the African continent. This firm has successfully processed over $760 million through 7.5 million transactions for various clients around the continent.

Emeka Okonkwo also known as E-money is among Nigeria’s Youngest billionaires. He is a businessman, philanthropist, investor and the CEO of 5-star music records. E-Money is also the brother to K-cee, a popular musician in the country. He also has fleet of cars which he displays due to the luxurious life-style he lives. E-money is worth an estimated ₦4 billion in assets and properties.

Jowizaza, whose real name is Joseph Eze Okafor Jnr, is a Nigerian young influential billionaire whose net worth is estimated at $80 million. Ranked among the youngest Igbo billionaire business men, he hails from Anambra State in Ekwulobia. Jowi Zaza is the owner and chairman of Jezco Oil and Gas and he has other investments too.

These young men have distinguished themselves among the rest and have their place on this list. As you can see from the above that being wealthy is based on hard work, sacrifice and constant diligence. While there are other notable Young Nigerian Billionaires that were not mentioned on this list, we will keep this list up to date as we unravel more. What do think about these top richest youngest billionaires in Nigeria.