Yemi Alade has come to stay in the Nigerian music industry for good. The stylish singer is the darling of all and she knows how to bring it on with her charisma and fashion sense. This is the Biography and Net Worth of Yemi Eberechi Alade this 2022. 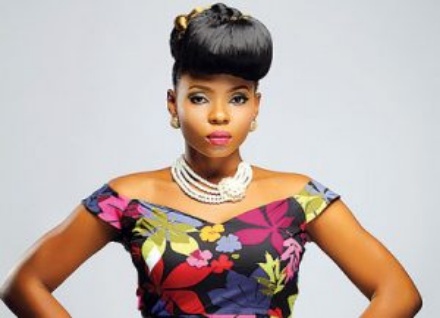 Yemi Alade was born on November 13, 1989, in Abia State, but a native of Ondo state, Nigeria. Yemi Alade is a Nigerian Afropop singer. Her father James Alade is of Yoruba descent from Ondo state while her mother is of Igbo origin from Abia state.

Yemi is the fifth of the seven children in her family and a Yoruba-Igbo girl. In her early years, she attended St. Saviour British Primary School and later, Victory Grammar School, Lagos for her secondary education. After her primary and secondary education, Yemi Eberechi Alade then proceeded to the University of Lagos where she earned a bachelor’s degree in Geography.

Yemi Alade made her music debut as a member of the girl group known as Noty Spices. Her rise to stardom came when she won The Peak Talent Show in 2009, after which she released her first single titled “Fimisile” under the Jus’ Kiddin label.

In 2012, Yemi Alade was signed unto Effyzzie Music Group, and released her single titled “Ghen Ghen Love”. In November 2013, she released the video for her romantic afro RnB song “Bamboo”.

Produced by Fliptyce,“Bamboo” became a popular wedding song and was a moderate hit. In the last quarter of 2013, she broke records by releasing her single hit titled “Johnny” which was produced by Selebobo. The song was an international hit and it dominated music charts in Tanzania, Kenya, Ghana, South Africa, Liberia, Uganda, Zimbabwe, and the United Kingdom, among others.

In fact, it had over 100 million views on YouTube and was widely recognised both home and abroad. It was this song that star-shot Yemi Alade in the music industry. Her debut album “King of Queens” has featured top musical acts. Some of which include: Selebobo, Shady Bizniz, GospelOnDeBeatz, Fliptyce, Beat Nation,Young D, Mr Chidoo, OJB Jezreel, etc.

Yemi has been featured on the covers of various magazines and has shared the stage and songs with other music bigwigs like Mary J.Blige, Becca, SSP, M.I and Yemi Sax. Not one to rest on her laurels, Yemi has gone on to release several other really interesting singles and her debut album. Prior to her debut album, Yemi had three singles released, “Johnny”, Tangerine and Kissing. Celebrities such as Bovi,  Diamond Platnumz, Chidinma, Phyno, and Selebobo also featured in this album

Yemi Alade holds the record of being the first African female musician to garner one million YouTube subscribers. This was due to her hit song, “Johnny” which has over 114 million views. She was also featured alongside Tekno and the Lion King album with Wizkid.

Yemi Alade has a contract with Universal Music Africa (UMA) and UMG France. It is a multi-year licensing deal which she signed in November 2019. The deal allows UMA to be the exclusive worldwide record partner for Yemi Alade of her releases under the label.

Yemi Alade’s net worth currently stands at $3 million this 2022. She is one of the most successful and richest female musicians in Nigeria with a large fan base in Africa. Her worth in Naira is N1 billion.

Since the beginning of her musical career, Yemi has been nominated for so many awards. We have listed some of Yemi Alade’s awards and nominations below: