Starboy or Wizkid is the richest musician in Nigeria 2023 and unarguably one of the best hip-hop artiste in Africa having received one of Africa’s apex awards last year alongside Davido his compatriot. 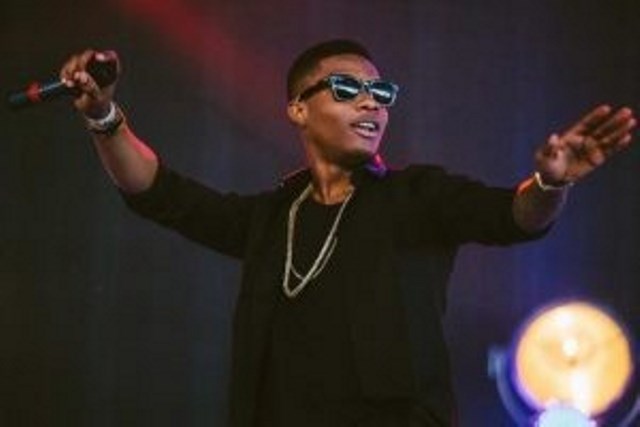 He was born on the 16th of January 1990 in Surulere, Lagos state in Nigeria. Wizkid comes from a polygamous family. Despite numerous children of his father, He is the only male child in his family.

His real name is Ayo Balogun Ibrahim while his stage name is Wizkid. Although a Christian by faith, he can equally be regarded as an Islamic believer. This is because his father who is married to three wives, practiced Islamic religion while his mother who is a native of Ogun state, hails from a Christian background.

Wizkid started his music career at a very young age, precisely 11 years old. According to the hip-hop artiste in an interview with Popular entertainment TV channels Hip tv, he developed great interest in music having listened to lot of great musicians including king Sunny Ade, Fela Anikulapo Kuti and Bob Marley among others.

His initial stage name was Lil Prinz but he changed the name in 2006 due to some personal reasons which he refused to disclose to the media.

Starboy’s rise to fame encountered lot of hardships as his parent failed to support his chosen career either financialy or pschologically. Despite being a student, Wizkid never joked with his studio sessions due to his love for music and his mission to convince his parents.

As times passed, in 2009 specifically, the 27-year-old musician became more committed to his career thereby dropping out of school(Lagos state university) in order to put maximum concentration in his music making profession. He rescinded his decision to drop out of school some years later, he was thereby admitted to Lead City University located in Ibadan but he couldn’t stay beyond two sessions before he also dropped out for the second time.

Some years after dropping out of university, Wizkid became one of the most popular musicians in Nigeria through his first album ‘Super star’ which he recorded during his time with the EME (Emperor Mates Entertainment) Records owned by Banky W.

He is currently one of the best hip-hop artist in the whole of Africa, he has also featured some high profile foreign musicians such as Drake, Chris Brown, Sept among others.

The Afrobeat, Afropop, reggae and hip-hop singer is currently among the top richest musicians not just in Nigeria but in the whole of Africa. After his debut album in 2011, Wizkid was endorsed as Pepsi ambassador after signing a one-year deal which reportedly earned him $350,000. Pepsi later extend their deal with the Surulere born superstar by giving him a two-year contract extension.

Upon the end of his deal with the beverage’s company in 2015, Nigeria’s giant telecommunication company Glo made him one of their top ambassadors. The deal not only make him richer but also helped him in his career as he traveled to some parts of the world as Glo’s ambassador.

Apart from the endorsements from the well-known companies in Nigeria, Wizkid live shows during last year’s festive period also add to his bank account. According to reports, the 27-year-old musician earns at least N500,000 for every show he organized throughout 2017.

Wizkid signed an endorsement deal with Guinness on 23rd of January 2013 for the ‘Guinness World of More’ concert held at Eko Hotel, Lagos.

In 2018, Starboy also signed lucrative deals with Nike and Dolce & Gabbana, two gaints in the world’s fashion industry as a celebrity model. It was rumored that D & G paid Starboy $20,000 for wearing a lucid clothing with a mask just to walk down the runway with Naomi Campbell at the D & G show in Milan.

Furthermore, Wizkid recently posed in a complete tracksuit designed by Nike’s which served as the Nigerian Super Eagles official jersey to be used at the just concluded 2018 World Cup in Russia. The deal which also included the likes of Alex Iwobi was brokered between the NFF and Nike and was worth an estimated $3.75 million.

Starboy’s endorsement deals continue to pile up as top organizations love using Starboy’s face to grace their brand. He has really represented Naija and is regarded as one of the most successful youngest musical star in the country.

Wizkid is an owner of a N13million-mansion located in Lagos state. Among his assets is another huge mansion which is located in Los Angeles according to rumors. 2018 has started brightly for the young musician who is reportedly set to release a new single.

Finally, after adding all the monetary value of his assets including his record label Starboy; live shows; endorsements and Awards, his current net worth is $12 Million which when converted to Naira is equivalent to N43.2Billion.