There were so many controversies that surrounded the death of Fela’s mother, Funmilayo Ransome Kuti. Some say she was killed by Obasanjo, Nigeria’s former president when he ruled as military head of state, others say she died from injuries sustained as she was thrown from the first floor of Kalakuta’s repulic (Fela’s home)

With all these and for history’s sake, we have a rare photo that shows Fela’s mother in a hospital bed some months after she was thrown down from her son’s house and it would be a good time to find out how her life really ended.

During his lifetime, Fela was in the habit of telling everybody that cared to listen that his mother was killed by Nigerian soldiers. He immortalized that claim in songs like “Coffin for Head of State”, “Unknown Soldier” and “Beast of No Nation”. It is true that “unknown soldiers” stormed Fela’s Kalakuta Republic in 1978 and threw his mother out of a 2nd floor window.

But the question is “Did they really kill her?”. Well, according to an American author, the answer seems to be no.

Recently, I was listening to a programme on National Public Radio called The Kojo Nnamdi Show (Kojo is a Guyanan-American). During an interview segment with an American author who wrote a book on African Musicians, Kojo remarked that Fela’s mother was killed by Nigerian soldiers.

The author disagreed saying that was not the case. He admitted that Fela’s mother was thrown out of the window by Soldiers but noted that she died some months after that incident.

I have seen a picture of Fela’s mother sitting on a hospital bed, alert though with a bandaged leg. I don’t know if the picture was taken after that incident. If that’s the case, then the author may be correct.

However, Wikipedia is reporting that Fela’s mother slipped into a coma after the attack. There is no point in asking what really happened since none of us was there. A better question should be: Who do you believe? The American author or Fela?

Question: What brought the Police to Fela’s compound on that fateful day?

Answer: According to Kevwe (Fela’s wife), the Police were chasing a suspect (believed to be Fela’s son) and he ran into the compound.

Question: Why did the Military become involved as this was a Police case?

Answer: Apparently, two Police Officers were electrocuted by Fela’s electric fence in their attempt to gain entry into the compound. The other Police Officers then ran to a nearby Army Barracks and got a reinforcement of military personnel.

Question: Was the attack on Fela’s compound approved by Theophilus Danjuma?

Answer: If Danjuma or other high ranking government officials were involved in this matter, their involvement must have been after the fact. Certainly they did not start the fight. It was a small matter that got out of hand as can be seen from item 1 above.

Question: Did the Military throw Fela’s mother out of the window?

Answer: Conventional wisdom has it that Fela’s mother was thrown out of a first floor window. But there are strong indications to suggest that she actually jumped out of the window to escape the fire that was engulfing the building.

Question: Who or what killed Fela’s mother

Answer: In the absence of an autopsy report, we may never know. What we do know is that she survived the attack on Kalakuta Republic and died a few months after. The picture above shows Fela’s mother in the hospital after the incident. Her only injury appears to be a broken leg. Her face does not look beat up. 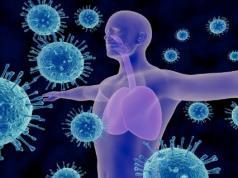 How To Improve Your Immune System To Keep Away From Coronavirus 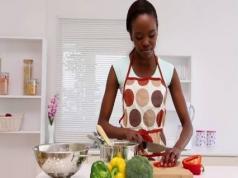 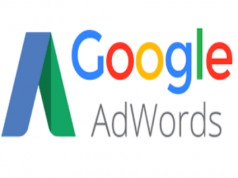 How to Pay For Google AdWords in Nigeria (2021)