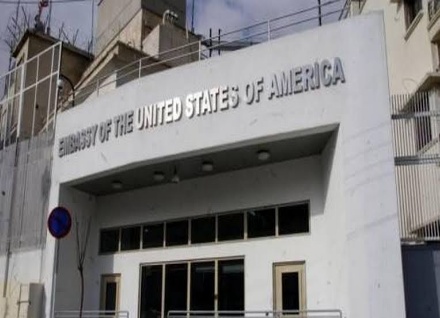 History of the US Embassy in Nigeria

The American Embassy is as old as Nigeria herself as the U.S Embassy was established in Nigeria officially on 1st of February 1960. This highlighted the beginning of the Nigerian-American cooperation which was highlighted in a message from the Secretary of State Christian Herter.

The first American Ambassador to Nigeria Joseph Palmer was appointed 23rd of February, 1960 but waited till the inauguration day before full operation commenced. He presented his letter of appointment to the Head of State on the 4th of February 1960 which was three days after Nigeria’s independence.

The then President of the United States, Dwight D. Eisenhower also sent a message to the Prime Minister of Nigeria, Sir Abubakar Tafawa Balewa that same February 1960 still highlighting the great ties between both countries.

For sake of history, we have compiled a list of the representatives of the American Government (i.e the ambassadors) from February 1960 till date

By 15th of February 2000, the US Embassy was later transferred to Abuja from Lagos. This ushered a new reign at the Embassy. Ambassador Howard Franklin Jeter was appointed on the 28th of February 28, 2000 to head the office at Lagos, until 30th February, 2003.

After him came Donald Steinberg who took charge until 2004. The following list of the ambassadorial appointments from 2004 till date is shown below:

One is located in Abuja while the other is in Lagos. See contact details for US mission offices in Nigeria below:

Full Contact Details For American (US) Embassy In Nigeria

Embassy of the United States Of America,