Unemployment in Nigeria is the situation whereby some people who fall within the ages of the working population, capable and willing to work, are not able to due to certain conditions. 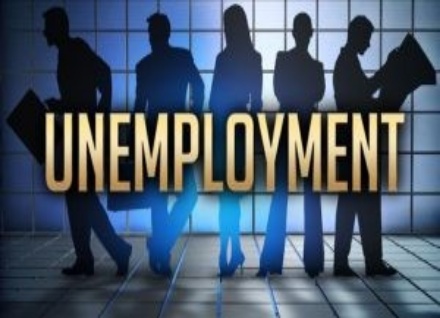 The problem of unemployment is becoming chronic without solution being in sight. It has constituted itself into one of the worst enemies of the people in this part of the world. It has also been exacerbated by the prevalent retrenchments, unbridled rural-urban migration, to mention but a few.

This is a situation whereby the potentialities of a worker are not fully utilised. There are financial, mental and physical underemployment.

It is financial when a worker is not getting equal pay to the work he/she is doing, mental when there is mismatch between the work a person is doing and what he studied, and physical when the worker is underutilised.

This arises when people leave their current job with the hope of getting a better one but fail to do so at a given period of time. It may not be a temporary unemployment depending on the prevailing economic situation. Therefore, this is the period between the time the worker left their former jobs and the time of getting a new one.

If there is a decrease in the quantity of goods demanded or there is over-production which results in fall in prices, industries will be affected. The workers affected will suffer from deficient or cyclical unemployment.

This unemployment in Nigeria which is delibrate occurs when some people refuse to take up any paid employment or decide not to do any work. For example, some husbands may order their wives not to do any type of work but to stay at home as full time housewives.

This is caused by seasonal changes that affect some types of work. Workers that work in road construction companies remain unemployed during the rainy season. Also farmers stay idle during the time in between harvesting and planting periods.

This arises when some people turn down offers to work in search of better paid employment. How long this search will last will depend on the prevailing economic situation in this country.

Causes Of Unemployment In Nigeria

The following are the causes of unemployment:

West African countries do not have enough industries that can absorb the large number of school leavers every year.

Many school leavers do not consider agricultural sector as one of the areas where they can get employement because it is still underdeveloped and unattractive.

This constitutes push factor to rural-urban migration which makes the youths prefer settling in the urban areas even if they get employment in the rural areas.

4. When Supply is Higher than Demand

This will affect many industries and cause retrenchment or layoff of workers.

Many industries were forced to fold up as a result of the world economic recession that hit the world at different times.

The educational system Nigeria inherited from our former colonial rulers lays emphasis on writing, reading and arithmetic, which equips us to be job seekers rather than job creators.

The exorbitant cost of higher education in West Africa prevents many school leavers from furthering their education and roam about the streets of our urban areas instead of being in institutions of higher learning.

Our population increases without a proportional increase in the avenues of employment opportunities thereby leaving a large proportion of the population unemployed.

Solutions to Unemployment In Nigeria

The following are the solutions to unemployment:

This can be done by developing agriculture and those in it should earn more salaries and wages so that it can attract youths to it.

This will make many school leavers to work and reside in rural areas.

Schools and colleges should be established based on the available places that will absorb the products of these institutions.

Unemployed people should move to areas other than theirs in order to secure gainful employment if vacancies exist there.

Pre-vocational courses like mechanics, electronics, woodwork, metal work etc should be taught; these will make our educational products to be job creators instead of job seekers.

Optimum population will help solve our unemployment problems because it will bring our population to equilibrium point with our resources.