Nigeria is unquestionably the largest producer of yam in the entire world. The country is responsible for between 70 and 76 percent of global production. Yams are practically grown in every state of the Federal Republic of Nigeria. This can be seen in the largest yam producing states in the country. They come in a variety of species, including white yam, yellow yam, and water yam, and are produced in both extensive and commercial agro – based systems. 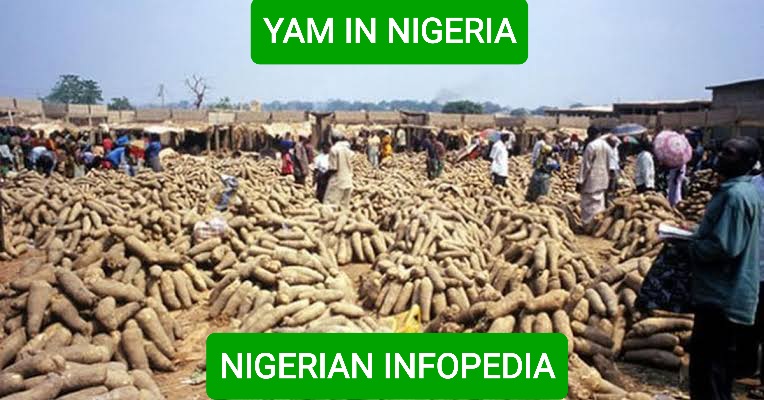 These yam species in Nigeria do better in different regions than others, which is largely due to the soil characteristics for yam farming. According to the variety and stage of maturation, yam tubers can be white, cream, purple, or pink. Yams in Nigeria are also notable for their flavor, which varies depending on the variety and specie. The various varieties of yams grown in Nigeria will be thoroughly discussed in this article.

TYPES OF YAMS IN NIGERIA

We’ll talk about the many kinds of yams available in Nigeria below.

A yam species called Dioscorea rotundata has a maximum weight of 25 kilograms. This yam’s typical tuber weighs between 2 and 5 kg. Other West African nations like Ghana and Ivory Coast also cultivate this particular yam in addition to Nigeria.

Another yam that is well-known for its bitter flavor is Dioscorea dumetorum. It is a type of yam that is grown in Nigeria and other African nations. The scientific name for Dioscorea dumetorum is cluster yam. This yam type does not require considerable labor to grow. It is really simple to grow. The eastern region of Nigeria is where this yam is primarily grown.

Dioscorea dumetorum possesses a wild variation that carries toxins such dihydrodioscorins, according to a study. If the yam is cooked correctly and let to soak in water for some time, these poisons can be eliminated. Dioscorea dumetorum is referred to as “anem” by the Ibibio people of Akwa Ibom state. This yam is referred to as “esuni” by the Yoruba people of the southwest of Nigeria.

Dioscorea bulbifera is often referred to as air yam, bitter yam, and air potato. This yam type is distinguished by its bulbils, which develop at the base of leaves with potatoes-shaped leaves. It is called a “air potato” because of this. Dioscorea bulbifera is a type of yam that is raised in private family gardens rather than for sale. This yam is roughly two kilograms in weight. The yam’s bulbils are its most crucial component. It is regarded as a superior meal to tubers.

Up-yam is the common name for Dioscorea bulbifera in Nigerian pidgin English. This is due to in addition to its tubers, the yam is primarily farmed for its bulbils. This yam’s tubers also have a potato-like form. The edible varieties of this yam are all bitter. Although, if it is thoroughly cooked by boiling, the bitterness can be eliminated. This is exactly how you handle other yam and potato kinds.

Dioscorea esculenta is another type of yam that can be found in Nigeria. It is also known as lesser yam. The lesser yam, as it is often known, is one of the first yam cultivars ever grown and has its origins in Asia. Most often, rather than being grown in big commercial proportions, this yam type is grown in relatively small amounts.

Dioscorea alata is commonly referred to as purple yam due to its purplish color. Dioscorea alata is also available in white and cream colors. The yam variety in question has Asian roots. The Winger yam, as it is often known, is one of the most widely grown yam cultivars in the world outside of Nigeria and other African nations.

This yam variant is also well-liked in Nigeria in addition to the white yam. Dioscorea alata produces enormous, purple tubers. Additionally, this yam is processed to produce starch. The yam takes 8 to 10 months to grow. The plants eventually stop growing for four months or so. This yam variety is available in the Nigerian commercial markets.

Our Nigerian diet includes a number of basic foods, many of which are abundant in vitamins and minerals, such as yams. There are numerous Nigerian meals that could be made with yam tubers. One of the world’s biggest yam growers is Nigeria.

Yams are high in fiber and potassium. In addition, they are high in vitamin C and copper, both of which are necessary for the production of red blood cells. Yams include vitamin C, which strengthens our defenses. Yams should be a part of your diet because of this. Eating yams also has the added nutritional advantage of improving memory and cognitive function. The reason behind this is that yams contain diosgenin. Yams have likewise been shown to improve digestive health since they increase several gastrointestinal enzymes that aid in the digestion of food by our digestive system.

The usage of yam as a component of the traditional marriage customs in many Nigerian communities is one of its distinguishing characteristics. The brides’ families always demand that the grooms bring a substantial amount of yam as part of the tradition.