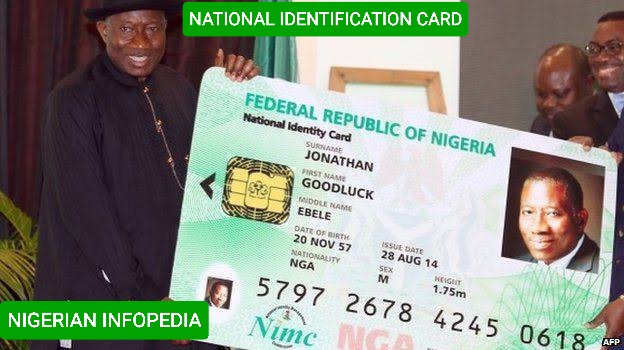 The many forms of national identification certificates that are accessible to Nigerian citizens and authorized residents of Nigeria will be covered in this article. Discover what they are by continuing to read.

TYPES OF NATIONAL IDENTITY IN NIGERIA

Following is a discussion of the various national identities in Nigeria.

The National Identity Number (NIN) is a tool for confirming a person’s identity. When a Nigerian citizen or legal resident enrolls to be included in the National Identity Database, they are given a special 11-digit number. It also applies to all legal transactions conducted within Nigeria.

Enrollment is the first step in the procedure to obtain a National Identity Number, whether you are a citizen or a naturalized citizen. Any National Identity Management Commission (NIMC) registration center that has been granted accreditation can be used for this. The person’s passport photos, fingerprints, and Certificate of Origin would all be needed at registration. The enrollee would receive a transaction slip right after following registration.

The NIN Slip can be ready in one day to five days. The applicant is then required to go back and submit the transaction slip to the permanent NIN Slip. The second row of the NIN Slip’s upper left corner contains the NIN, an 11-digit number. Although obtaining a NIN is free, renewing one costs money.

Every person in Nigeria with a bank account receives a special 11-digit number known as the Bank Verification Number (BVN). The same person receives the same treatment from all banking institutions. In other words, it is expected that a person who has 5 bank accounts with various financial institutions will use the same BVN for all of them.

The BVN registration functions as a biometric identity system by storing the fingerprint, signature, and facial photograph of the enrollee that were taken at the time of enrollment. The BVN should not be disclosed to anyone and should be kept private.

An international passport is an authorized form of national identification for Nigerian nationals and is necessary for all traveling abroad, whether it be by air, land, or sea. The Nigeria Immigration Service (NIS) in Nigeria issues five different types of international passports: the Diplomatic passport, Official passport, Standard passport, Pilgrim passport, and Seaman Book passport. According to each person’s place in the nation, these passports are given out.

High-ranking public officials typically receive the diplomatic passport and the official passport, which come with a number of benefits including streamlined foreign travel and freedom from some airport procedures. Every Nigerian citizen wishing to go abroad is given a Standard passport, whereas pilgrims are given a Pilgrims passport in order to visit to holy cities like Mecca and Jerusalem. People who often travel by sea and work on ships and perhaps other vessels are given the Seamon Book passport.

A Certificate of Origin is a sense of identity that describes a person’s paternal lineage. This implies that the community of origin of the father controls it. This is a general form of identification that must be presented when applying for jobs, scholarships, employment opportunities, and admittance to educational institutions, among other things.

This kind of identity is also necessary for registering for a National Identity Number, getting an overseas passport, and many other official contacts. The same purpose is served by both the Certificate of State of Origin and the Certificate of Local Government of Origin.

On the other side, a person must visit their local government secretariat to request for and get the document if they reside in their state of origin and seek to get a Certificate of Local Government of Origin.

Driving on Nigerian public roads is only permitted with a valid driver’s license. Also, the Federal Road Safety Commission is in charge of granting drivers’ licenses to those who meet the necessary requirements.

Every child born in Nigeria is given a birth certificate, which is a form of national identification. Every Nigerian born must be registered, and this is the responsibility of the National Population Commission (NPC).

Every one of the 774 Local Government Areas, as well as hospitals, health centers, and other medical facilities, has an NPC registration center. Obtaining a birth certificate within sixty days of the child’s birth is entirely free.

That’s the view of the types of national identity cards available in Nigeria. I think this blog post was quite informative for you. Below, you can leave comments and thoughts.