Fundamental human right refers to natural or inalienable right and privileged to be enjoyed by citizens of a country. Such right include freedom of speech, freedom of movement, freedom from slavery, freedom of religion and education. 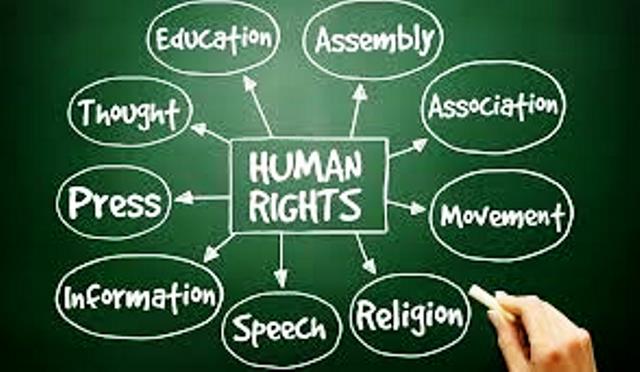 In 1948, the UN adopted the universal declaration of human right to protect human right abuse and violation world wide.

Reasons Why The Enrichment Of Fundamental Human Right In The Constitution

1. To enable citizens to challenge the violation of their right through due process.

2. To comply with the UN universal declaration of human right, abuse and violation.

3. To uphold the principle of the rule, and prevent dictatorship by limiting the power of rulers.(they are expected to carry out their responsibilities in accordance with the provisions of the constitution.

1. The judiciary should be free and independent to give fair hearing and ruling in all cases involving human rights violation.

2. The international community should expert pressure, and where necessary, sanctions on countries that abuse the fundamental rights of their citizens.

3. The level of illiteracy and ignorance has to be reduced to enable the people to challenge human right violation and abuse.

4. Press freedom should be upheld and encouraged so that the mass media could report and criticize all cases of human right violation in society. A free press would also be able to truly reflect public opinion.

5. There should be a constitutional provision on human right, to enable citizens to enforce their rights through due process.

6. There should be checks and balances in government to prevent one arm from becoming too powerful and authoritarian.

1. In the event of war or political crises, the government may declare a state of emergency, thereby curtailing the citizens freedom of movement, association and expression.

2. The right of a citizen could be legally curtained by the government when the citizens violate the law of the land. For instance, a person may be sentenced to prison if he has been found guilty of an offense by a court of law and this would limit his fundamental right to movement and association.

3. Able bodied citizens are sometimes conscripted into the armed forces in time of war in order to safeguard the territorial integrity of the country.

4. Ban on movement and association, as sometimes obtains in some countries, limit the free movement of citizens in the country.

5. Forceful acquisition of property such as land, for state, use limit the right of ownership by citizens.

6. Laws of sedition,libel and slander limit the citizens, fundamental rights of ownership by citizens.

7. An individual’s right are limited by the right of the society as a whole and those of other individuals.