Paying the bride price is an appropriate thing for any responsible man intending to marry a woman in Nigeria. It is a customary tradition and, as such, is required for any marriage. Nonetheless, some tribes and families perceive this as a way to generate money, therefore they provide the groom-to-be with a lengthy note bride price list. 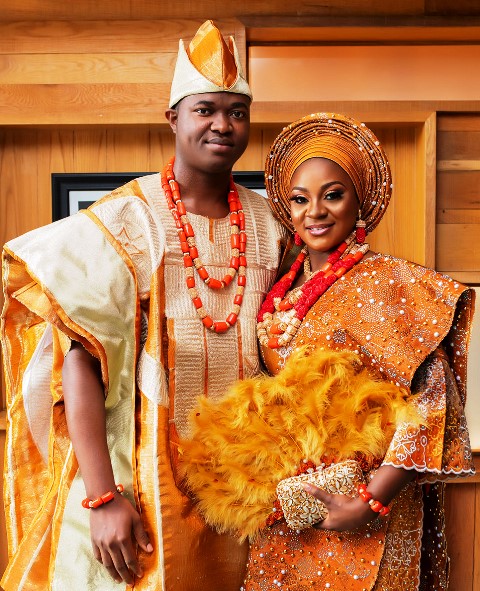 The interesting news is that a man considering marriage should not be concerned because not all tribes or ethnic groups impose a high bride price. This is why we took the effort to conduct thorough study on how much each tribe expects for a traditional marriage.

TOP 10 ETHNIC GROUPS WITH THE CHEAPEST BRIDE PRICE IN NIGERIA

You don’t have to put too much pressure on yourself to save a lot of money for your wife’s wedding. The tribes listed below do not make life tough when it comes to bride prices.

The tribes in Nigeria with the cheapest bride prices are shown below:

The Yoruba tribe places a high significance on their children’s marriages. In this way, they acknowledge that the worth of their daughters or wives exceeds the value of money. As a result, the bride price does not imply that the lady is being purchased by a spouse. In the southern portions of Nigeria, the wedding problem is considered as a collaborative effort by the two families.

The lady’s father, on the other hand, returns the money to the groom as a method of helping the new family when it is paid. The five thousand naira payment is purely symbolic and has no monetary value.

The Hausa Muslim tribe has without a doubt the least expensive bride price in Nigeria. The bride price, often known as ‘Sadaki,’ is almost unbelievably inexpensive. This is attributable to the reality that they accept a lower bride value in order to increase the number of blessings in the marriage.

In general, the bride price ranges from a foundation amount known as ‘Rubu Dinar’ in Hausa, an Arabic term that means ‘quarter kilogram of gold piece,’ to the highest amount the groom can afford.

Fulani is a large West African tribe with significant populations in Nigeria, Chad, and Niger. The Fulani are predominantly Muslims who adhere to Islamic law.

Dairy cattle are an important part of their culture, and they are used in all kinds of rituals, including weddings. The Fulani tribe, like their Hausa brethren, is thought to have a low bride price.

The bride payment is optional for the Kagoro ethnic group in Kaduna State. The money is only required if the bride’s family requests it from the soon-to-be husband.

Some Delta State tribes, such as the Urhobo, have a modest bride price share. The price in the locality is approximately ₦12, which is paid to the bride’s family.

The Esan tribe in Edo state is regarded as being one of the cheapest in the country to marry from. People don’t seem to sell their small girls in marriage, according to popular belief. The bride price is stated to be ₦24. (representing 24 cowries or British pounds utilized in the pre-colonial and colonial days). The bride price is usually low, around ₦20, but there are other important things that will make up for it afterwards.

The Benin-speaking tribes of Edo state are also among the cheapest tribes in terms of bride prices. The amount of the bride money required when marrying from this location is merely 24 NAIRA.

Bride prices are considered to be among the lowest in Nigeria’s southern region by the Onitsha people of Anambra state. As a bride payment for the wedding, a sum of ₦40 is required.

The Itsekiri people of Delta state charge their suitors a nominal fee for marrying their daughters. Marriage in this location is unquestionably affordable. The groom merely has to pay a bride price of 120 nairas.

When compared to southern Nigeria, where bride prices are relatively expensive, the Tiv ethnic group of Benue state in northern Nigeria has a lower bride price. Within that tribe, the law and tradition state that all wedding fees, including the bride price and other expenses, should not be paid.

HOW MUCH IS YORUBA BRIDE PRICE?

The cost of a Yoruba bride ranges from ₦5,000 to 20,000 nairas. The parents normally revert back it to the groom as backing for the marriage after receiving it.

HOW MUCH IS HAUSA BRIDE PRICE?

Because of their religion, the Hausas use the “Rubu Dinar,” which translates to “quarter kilogram of gold piece.”

HOW MUCH IS FULANI BRIDE PRICE?

The Fulani bride price is mainly derived from the revenues of cattle and diary, and it is used for weddings and other occasions.

HOW MUCH IS URHOBO BRIDE PRICE?

The Urhobo tribe is also one of Nigeria’s cheapest bride tribes; they are located in Delta state and charge a very low bride fee.

HOW MUCH IS ESAN TRIBE BRIDE PRICE?

The Esan tribe charges roughly 24 cowries, which was the equivalent of 24 British pounds being used in the past.

HOW MUCH IS ITSEKIRI BRIDE PRICE?

The Itsekiri tribe lives in Delta State, and they ask for an extremely low bride price. Other marriage privileges may be costly, but their bride cost is minimal.

HOW MUCH IS TIV BRIDE PRICE?

The Tiv, an ethnic community in Benue state, established a rule that any marriage rights charges, as well as the bride price, should not surpass ₦100,000.

As can be observed from the above figure, the cost of a bride varies depending on the tribe and location, as well as the area. That is the viewpoint of the country’s top ethnic groups with the lowest bride price.

This article is so long because we were able to pinpoint the top ten ethnic groups in the country with the lowest bride prices. We believe you now have more possibilities for finding a bride at a lower cost.