How Traditional Marriage Rites is Done In Hausa Land 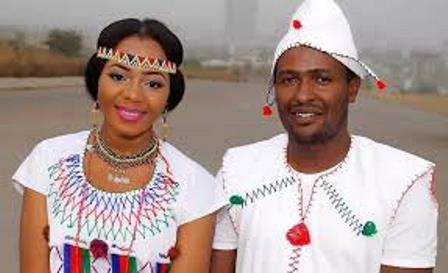 In the Hausa culture, marriage is a hot topic. Without getting married after to the age, one is seen as foolish and stupid or probably have health challenges he/she is hiding.

Not only that, unlike in other culture where you are allowed some kind of freedom with the opposite sex which could then lead to sexual contact, a Hausa man and woman don’t have such freedom and the only thing that will bring about sexual contact is marriage, this is why the topic is hot in the Hausa tradition.

This post will highlight the Hausa traditional marriage rites as practiced in Hausa Land, Northern Nigeria.

Generally, the Hausa marriage rites and requirement is the simplest and most cost effective and cheap traditional marriage rites in Nigeria. It is based on the Islamic Law otherwise known as Sharia Law since most of the Hausa people are Muslims.

In the Hausa tradition, the man only provides a room while the bride’s family furnish it for them. They so much believe in making marriage less expensive to prevent adultery in the society. Below are the steps needed to get married to a Hausa girl.

Note: Before the first step highlighted below, it is expected that the man and woman had reached an agreement to get married. As stated earlier, their meeting is on a lighter note and there’s usually no form of physical contact – yes, not even a handshake! That’s the rule. After they had agreed then the first step begins.

Na Gani Ina So is the Hausa way of saying I have seen and I love it. At this stage, the groom to be family visits the bride to be family and make their intention of their child wanting to marry their daughter known.

Prior to this time, both family must have done their own background check on the other to make sure they want to be associated with such family.

This is when they are formally allowed to date and court each other. However, a lot of restrictions are placed. Very important is the issue of physically contact.

In the Hausa culture, except your relation that you can’t get married to, you are restricted by law to touch a woman or vice versa. To even effect this, when a small boy that is wise enough to narrate story but not wise enough to known how bribery works is attached to the duo anything they are together.

This period is meant for the two to know each other well. If during this stage they found themselves to be incompatible, the marriage process is terminated there. But if they find each other ok, then the traditional marriage rites continue.

Gaisuwa in Hausa language means greeting while Sarana means date fixing. So as the name implies, at this state, the bride price and the date for the wedding ceremony is fixed.

The bride price (known as Sadaki in Hausa) of a Hausa bride is cheap, usually according to the Islamic law. It had a minimum price which is usually quarter kilogram of gold piece (Rubu Dinar in Hausa).

However, the price could be higher, depending on the wealth of the two families. After agreeing on the bride price, the next stage is Sarana which is fixing a date for the wedding ceremony. At this stage, the man and woman can be said to be engaged. Still, no form of sexual contact.

However, no other man comes for the woman and all her former boyfriends backs off knowing she is now engaged and about to get married to someone else.

This is the day that the bride and groom are pronounced Husband and Wife. What occurs on this day is the wedding ceremony known in Hausa as Aure so you will hear things like Yau ne ranan auren (today is the wedding day). To some people, they refer to this as wedding fatiha.

On this day, the bride remains indoor together with her friends and older women and she is being decorated with Lalle (Kunshi) which is known to other people as Hienna.

Also, she is being decorated with jewelries and make up done for her. Don’t play with them, they can make up for lady to be more beautiful than angel! Just look at how cute Hausa ladies are. While it isn’t make, when they add make up to it, it becomes wow… and damn!

On the other hand, the males remain outside at the ground. The Sadaki (Bride price or dowry) is being paid and declared to the hearing of everybody that the X the son of Y came marring the daughter of Q the daughter W and payed T as bride price.

The bride’s family will accept the Sadaki and the Imam (Islamic leader) will pronounce them Husband and Wife. This is the beginning of the union between the man and woman.

This is how the traditional marriage rites in the Hausa land is performed. However, this does not signify the end of the marriage ceremony as there’s an important part though not a must, Walimah!

The walimah process is what others call reception and it is known for eating and drinking. However, that is not it only use, the bride is brought out and admonished (advised) by elderly ones. The grooms and also is been advised after which prayers and gifts are showered on the married couples and everyone depart.

In the evening, the bride in presence of the friends is being accompanied to her husband house by the elder woman. They sing on their way and carry with them all her belongings to the husband house and on this night preferably, the Husband finally, will taste the one-time forbidden fruit (it is no longer forbidden).

This is the Hausa traditional marriage system. The newly wedded bride is known as Amarya while the groom is known as Ango.