The newest James Bond film is just the latest in a string of movies that make gambling look glamorous and exciting. The film industry has played a big part in our vision of the gambling industry. While slot machines are a flashy part of casinos, the table games are the most classic and require skill as well as luck to be good at. 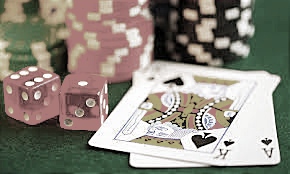 Besides having all the same games as traditional casinos, online casinos have the extra bonus of offering promotions. Some online casinos offer welcome bonuses, while others have special jackpots or seasonal promotions. The 1xbet promo code is an example of a welcome bonus. Let’s take a look at the top five tabletop casino games.

Blackjack is a very popular game. It is deceptively simple. You just need to make your cards add up to 21 to win, but there is actually a lot of strategy involved as well as different odds depending on what rules the house has set. Blackjack is also interesting because it is a game in which you can beat the odds if you can count cards. This technique is tricky to master and probably not worth the effort, as most casinos will ban you from playing if they catch you counting cards.

Poker is the most recognisable tabletop casino game. There are many different styles of poker. Texas Hold ‘em and 5- or 7-Card Stud are the most famous variants, but there are dozens of others. Poker requires multiple different skills. You have to be good at the actual strategy of the game, but you also need to have the ability to read people. In Casino Royale (2006), for example, James Bond has to use both of these skills to win against Le Chiffre.

Baccarat is a traditional card game that has been played since the early 19th century. It fell out of favour in the 1950s but has recently become popular again. In each round, or “coup”, the player and banker are dealt hands that they compare to see which has the higher point total. The rounds are fairly quick, so it is common to see players play many rounds during one session at the table.

Roulette differs from the other table games for two reasons: it does not involve cards and it has a revolving wheel. The roulette wheel is one of the most recognisable parts of a casino, and most people have at least a vague understanding of the game. Bets are made on where the ball will land once the wheel has stopped spinning. It is a simple but exciting game.

Craps doesn’t involve cards either. It is a dice game where players bet on the outcome of a dice roll. One of the most interesting parts of craps is that the different dice rolls have different names. Some of these have entered popular culture, like Snake Eyes (for two) and Hard Eight (an eight made up of two fours).