In Nigeria, Hausa newspapers are mostly sold in the northern region. This is because those people that don’t understand English can read these popular newspapers written in Hausa language. 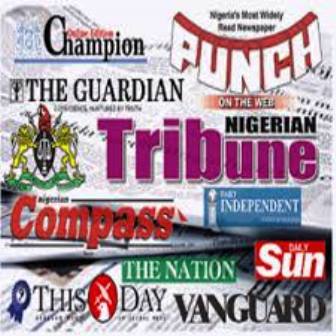 If there’s one news media type that the Hausa man is known for, it is the Radio. In all the nooks and crannies of the Hausa/Fulani community, you can see them with small radios with their antenna close to their ears. This had despite the popular believe of those living in the southern part of the country with all their Yoruba newspapers made this people to be politically educated. You will be surprised of how much knowledge a Hausa man that does not speak English Language has about political happenings – all thanks to their radio.

This had led a lot of media outlet that uses the English Language to specifically target these people. Media outlets like Naij, BBC, Premium times and Leadership are some of the popular media companies that have turned their business around to reach these people.

Due to the large number of news media outlets that are into Hausa publications, we are only going to list the top Hausa newspapers in Nigeria and discuss them.

No doubt, Media Trust is one of the leading Media companies in Nigeria. The popularity of Aminiya among the Hausa community cannot be overemphasized. Go to most popular newspaper stands in what most Nigerians see as core northern states and you would be greeted by these newspapers. Go to their markets and you can see their traders with these papers.

Just every other publication of the Media Trust, the Aminiya is also available online. Aminiya and the other Media Trust papers are most popular in the Northern part of the country. It is published weekly. The chairman of the board and chief executive officer is Kabiru Abdullahi Yusuf.

He was a Senior Lecturer at the Usman Dan Fodio University, Sokoto. Aside been a lecturer, he has worked as a columnist and commentator for media companies that include the Daily Triumph, Citizen Magazine, News watch and BBC Africa service.

Directly translated as the truth is more than kobo (money), Gaskiya Ta Fi Kobo is one of the top Hausa newspapers in Nigeria. Interestingly, it the oldest Hausa newspaper in the world.

In the current happenings in Nigeria, Gaskiya Ta Fi Kobo had remained strong and one of the most popular newspaper among those who read Hausa newspapers. Unlike the Aminiya, it is published 3 times in a week.

I merged these two into one for a reason, they are owned by the same entity – the owners of now defunct Triumph Newspaper. These three Hausa newspapers are owned by the Kano State Government.

While the Triumph Newspaper published in English had ceased to exist, the remaining two – Albishir and Alfijir newspapers had been waxing strong day in day out.

Located in the city of Kano, these papers had found love in the heart of many Hausa/Fulani speaking people

Leadership A Yau (Leadership today) another newspaper written in Hausa language and is owned by the Leadership Newspaper Group (LNG). This publication can be said to be the Hausa version of the popular Leadership national daily newspaper.

Just as the name implies, the Leadership A yau Newspaper is published daily. It has grown to be one of the top Hausa newspapers in Nigeria. The company that owns this paper (LNG) is based in Abuja, Nigeria.

Premium Times Hausa just like the Leadership A Yau, can be said to be just a Hausa version of another newspaper – the Premium Times online newspaper.

In the same year, Global Investigative Journalism Network announced that Premium Times was awarded Global Shining Light Award for the investigative work on the extrajudicial killings in Nigeria’s South-East and How the Onitsha Massacre of pro-biafra supporters was coordinated.