Are you looking for somewhere exciting to go in Ibadan? Even if you’re new in town or looking for new locations to visit, please take a moment to unwind. In this post, you will learn about a few amazing sites in Ibadan that you should visit whenever you are in the city. 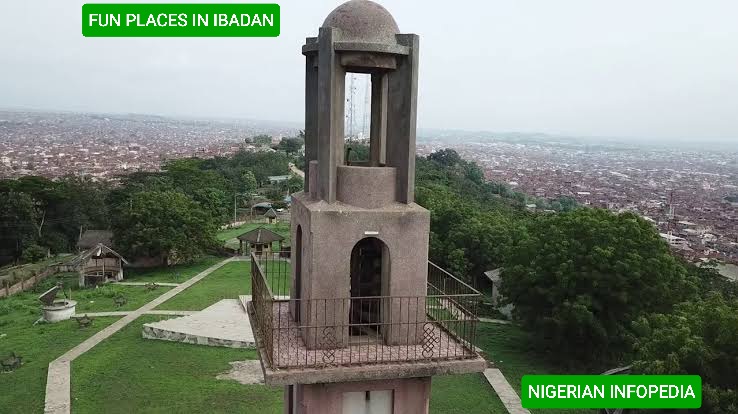 The following are the best tourist destinations to visit and have fun in Ibadan city:

Agodi Gardens, which includes a zoological garden and a park, is one of Ibadan’s most popular tourist destinations. Agodi Gardens and Resort is a fantastic place to visit if you enjoy being in nature or spending time with friends and family. Fun seekers and tourists can have a picnic beneath the shade of the lovely tropical trees in Agodi Gardens. You can also host a variety of outdoor and social events. You can go to the little zoo and see what’s new. Children’s facilities, such as a swimming pool with inflated balloons, ensure that they are not forgotten. Finally, a high-end restaurant is accessible to satisfy your hunger.

Ibadan’s Cocoa House is the city’s first skyscraper. It is a 26-story structure in the centre of Ibadan that was built in 1965. It now houses the headquarters of Skye Bank, which was once known as Cooperative Bank Ibadan. Cocoa House is a popular venue for both business and social gatherings. It contains a lovely water fountain and a cocoa tree, both of which are symbolic of the building’s name.

Mapo Hall, located on the summit of Mapo Hill in Ibadan, is a huge city mall. The hall was built over a five-year period and then opened. Mapo Hall is an excellent venue for gatherings. It includes a small museum with relics from the colonial period. In the hall, there are several portraits of Oyo state’s historical and current rulers. From the earliest Olubadan until the present, this has been the case. At the mall, you may take gorgeous photographs, attend events, and host social gatherings.

The University of Ibadan Zoological Garden is a historic conservatory at the Department of Zoology at the University of Ibadan that dates back over six decades. The Ibadan University zoo houses a diverse collection of creatures, including mammals, reptiles, amphibians, and birds. Ibadan zoo is open from 8:00 a.m. to 6:30 p.m. every day of the week. While in Ibadan, you should visit this area.

Bower’s Memorial Tower was built in 1930 in the Igbo Agala village of ‘Oke-Are.’ Because of its spiral steps, the locals affectionately refer to this tower as “Oke Layipo.” Interestingly, the entire city of Ibadan can be seen from this tower. It’s a fantastic location for anyone interested in cultural heritage. If you’re taking children, keep in mind that they should be supervised by an adult when climbing the tower’s stairs.

The National Museum, which opened in February 2004, houses precious historical relics and honors Nigerian culture. The National Museum is one of the greatest methods to learn about Ibadan’s history and culture. Unity Gallery, Yoruba Gallery, Masquerade Gallery, and Pottery Gallery are the four parts of the museum. It’s a great place for a family outing and to learn about Ibadan’s natural culture. Also see art galleries located in Ibadan.

The Forest Reserve of the International Institute of Tropical Agriculture (IITA) is a stunningly beautiful and diverse forest reserve. It protects around 200 species of birds, 220 kinds of butterflies, and 440 medicinal plants.

Scientific research, training, and environmental education are all possible at the Forest Reserve. Field tours are available for school groups and students, and the Forest Unit hosts courses on a variety of topics, such as beekeeping and tree propagation.

Irefin Palace is among Ibadan’s most well-known residences. The palace, which was erected about 1902 and has a total of 185 rooms, is still inhabited today. It is possible to learn more about Ibadan’s history by visiting Irefin Palace. The Irefin compound is well-known for the ancient structures that may still be found there. It’s in the Beere neighborhood.

The majority of Ibadan residents are Amala fans, no doubt. The city is also one of the best venues to sample Amala’s savory side, especially when served with Ewedu sauce. If you’re a foreign visitor to Ibadan, We recommend stopping by one of the city’s Amala joints before leaving.

Ventura Mall is among the most enjoyable locations to visit in Ibadan. The mall offers a diverse range of activities. Visitors might play arcade games, watch a movie at the theater, eat at one of the fantastic restaurants, or even go to the gym. It’s a terrific place to hang out with family and friends.

Viva Cinema is also another fun venue to connect with friends and family while watching your favorite movie while relaxing with a few bottles of beer and popcorn. Viva Cinema, one of Ibadan’s largest cinemas, is ideal for couples, families, and groups of friends.

Ibadan’s Jericho Mall is yet another renowned shopping destination. Electronics, Fashion Stores, Supermarkets, Photo Studios, Cocktail Bars, Games Arcade, Ice-cream Parlor, and many other stores can be found in the mall.

Games have now become a cause for celebration and reconnecting with friends and family off the field.

The Ibadan Polo Club is a location where family, friends, and neighbors may come to unwind and watch polo throughout the daytime.

The Metropolis Restaurant, located in the center of Ibadan’s Ring Road, is one of the city’s most elegant eateries. The restaurant prides itself on providing delicious food at cheap rates, excellent customer service, and a welcoming atmosphere for customers.

Frostyz is known for its ice cream. It is one of Ibadan’s top ice cream lounges. They provide elegance as well as delicious ice cream. It’s also a venue for events due of its lovely setting, where people congregate and snap cool photos.

Ibadan has a number of distinctive points of interest that can be used as tourist attractions or recreational areas. Your stay in Ibadan, whether as a guest or a resident, may be fascinating and pleasurable. This post included a list of the greatest entertaining locations in Oyo’s capital city that you should visit.