Religion has become an important aspect in the spiritual lives of Nigerians today. Christians everywhere attend churches to praise, worship and pray to God through Jesus Christ as commanded in the Holy Bible. 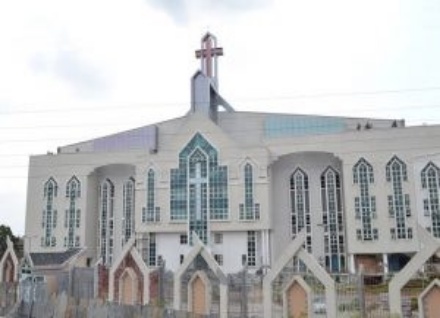 With the establishment of different denominations in the country, the focus has now shifted from spirituality to wealth as to which church has more money than the other. Salvation is now a thing of the past as preaching of being successful is what most pastors now preach to their congregations in Nigerian churches.

In no particular order, we list out the top (10) ten richest churches in Nigeria, assets, financial worth, the number of branches and estimated congregation they have.

The Roman Catholic church remains the richest church in Nigeria and even in the world. Headed by the Pope at the Vatican, this church has it all. In fact, the financial worth of the Catholic church is unknown but online reports suggest that its estimated at $150 billion.

The estimated number of baptized Catholic Christians in the country is about 23.5 million as at 2011 which makes her the church with the highest population in Nigeria. Also, there are prominent figures attending this church who are among the richest men in the country and are known to donate generously to the church in other to assist in missionary and other charity works.

The Catholic church as has various Dioceses and Archdioceses headed by Bishops and also many parishes in every village of the country with priests, various orders, religious and clergy spread around various states of the federation.

Second on the list is The Redeemed Christian Church of God also known as RCCG. As far as Christian religion in Nigeria is concerned, this church is the most populated Pentecostal church in the country having the highest members of about 3 million persons.

The wealth of the Redeemed Church of God extends to the educational sector as they own one of the best and most expensive universities in the country, Redeemers University. They also have private jets worth millions of USD in which their General Overseer uses to fly around the world in preaching the gospel.

Their current G.O, Pastor Enoch Adeboye, is a highly respected man of God and one of the richest pastors in the world. They have about 3500 parishes scattered around various states in the country and also have the largest auditorium that can contain all their members when they organize prayer crusades.

Just like the Catholic Church, the Anglican church has a population estimate of 12 million baptized members within the country while 2 million are in attendance. They hold the record of being the first church in Nigeria during the time of the British colonial masters, they first brought Christianity to Nigerians.

Modeled after the Church of England, the Anglican Church in Nigeria have separated themselves from that of England due to some conflicting doctrines especially when it comes to gay and homosexual issues and even appointing female bishops which she frowns against.

Presently, there are fourteen ecclesiastical provinces of the Anglican communion in the country all of which are headed by Archbishops who holds authority within their respective provinces. The “Primate of All Nigeria” is their head whose headquarters is in Abuja. These provinces include:

Another rich Pentecostal church worthy of mention is Living Faith Church also known as Winners Chapel International. Aside the fact that it is among the biggest in the country today, its founder, Bishop, David Oyedepo is the richest pastor in Nigeria and in the world currently worth $152 million.

The population of members at Winners Chapel is always increasing, maybe due to the kind of preaching at the church. Among the assets of this church are universities owned by Oyedepo which include Covenant University and also he is among Nigerian pastors with private jets which he uses for his ministry.

The headquarters of Living Faith Church in the country is at Ota, Ogun State while Canaan-land, the venue of its crusades and prayer nights represents its worldwide headquarters.

5. Brotherhood of the Cross and Star (BCS)

You might be wondering whether the BCS is one of the richest churches in Nigeria even if their ways, faith and doctrine differs from all other Christian denominations in the country. Well, the Brotherhood of the Cross and Star (BCS) boasts of wealthy men and also have assets that runs into billions of Naira.

Although, in terms of population, they are kind of few as compared to other churches, they still have reasonable presence in some countries abroad. Here is a brief history of the Brotherhood of the Cross and Star below:

The BCS was founded by their Leader Olumba Olumba Obu, in Calabar, Cross River State of Nigeria in 1956. Members believe that its founder, Olumba Olumba Obu, is the Holy Spirit, so they call him god and Jesus. They believe in reincarnation and other traditional African superstitions.

Obu’s son, Rowland often referred to as His Holiness Olumba Olumba Obu,”King of Kings and the Lord of Lords” by his BCS members further developed their religious organization by establishing the Star-cross TV to gain global exposure and wider evangelical reach.

Founded by Pastor Williams Folorunsho Kumuyi in 1973, the Depeer Life ministry is one of the popular churches in the country today and also one of the richest Nigerian churches.

They even have an auditorium which cost the church about N4 billion to build and they have branches in every state in the country. Most believers in the Deeper life church are modest and lead holy lives as portrayed by Christ Jesus himself.

Christ Embassy also known Believers’ LoveWorld Incorporated, is a big church and a Christian denomination founded in 1987 by Pastor Chris Oyakhilome, one of Forbes richest pastors in Africa. The Church’s headquarters is in Lagos and it has presence in so many countries.

Christ Embassy has about 13 million members worldwide and are still growing. The denomination also has churches in countries like South Africa, London, United States, etc. Sermons from Pastor Chris are often inspiring and soul touching, no wonder he is among the most sought after man of God in the country today.

8. The Synagogue Church Of All Nations (SCOAN)

The Synagogue Church of all Nations was founded by T.B. Joshua, Nigeria’s richest prophet worth $10-15 million according to Forbes. He revealed that God anointed him to begin his ministry and that was why he established SCOAN. For every Sunday service, about 20,000 members are in attendance to hear what the man of God has to say.

As it stands, the popularity of SCOAN has gone worldwide but this rich Church has two branches; one in Ghana while the headquarters is in Lagos, Nigeria, yet the number of people coming to see T.B Joshua runs in thousands. The worth of the assets of this church is allegedly estimated at N10 billion.

The SCOAN is even Nigeria’s biggest tourist religious attraction” and even in west Africa as a whole. You would see thousands of foreigners with infirmities seeking healing of various ailments queuing just to attend healing services or even to buy holy water from this church which is rumored to do miracles.

The Lord’s Chosen was founded by Lazarus Muoka and it is a large church that has money and large follower-ship. Headquarters is in Lagos and they have various branches in many states.

This church founded by Pastor Paul Adefarasin is very popular in Nigeria and also one of the biggest with large membership base. He is the brain behind “The Experience”, a yearly event that brings gospel musicians from far and wide down to Nigeria to perform live worship.