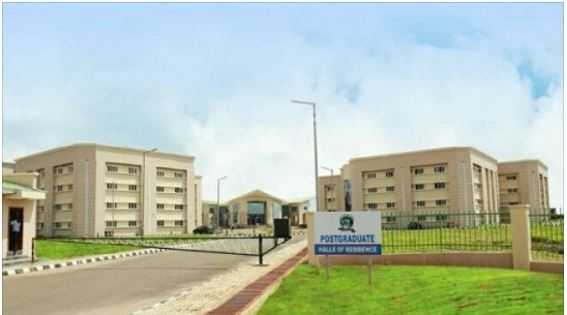 In recent times, private universities that are accredited by NUC now have bragging rights just as government owned educational institutions since they too are well funded, carrying out research to produce excellent graduates in virtually all courses of study.

This post highlights the top 10 private universities that are considered the best in the country, using educational quality and other academic factors to rank this institutions.

This school was founded in the year 2002, Covenant University has risen from the ranks to become the best private university in Nigeria according to NUC.

They boasts of having state of the arts facilities and very large and highly qualified staff. The school is built on a solid Christian foundation. Christian morals and discipline are in consistent application.

Covenant university has consistently been ranked among the top 5 universities in the country since 2014. It is owned by the Living faith church (winners chapel).

Babcock university is also among the NUC top private universities in Nigeria that is owned by 7th day adventist. It is located in Ogun state.

Babcock has singled out itself for recognition with its highly innovative methods of teaching and management.

ALSO READ:  Private Nigerian Universities That Give Admission Without JAMB (2022)

Babcock was ranked among the top 20 universities in Nigeria 2018. Currently, over 10,000 students are admitted into the school with 9 schools and a college. See them below:

Afe Babalola university is owned by a highly influential legal practitioner and philanthropist, Afe Babalola and was established in 2009. The school located in Ekiti state set a milestone by getting accreditation for medicine within 4 years of its establishment.

Currently, there are over 6000 students in the school with about 5 undergraduate colleges and 1 postgraduate college. The school has a high influx of law candidates due to the reputation of the owner.

The school was quickly ranked among the top three private universities in the country due to her fast pace of development and state of art facilities.

Landmark university is another top private university in the country established in 2011. It is affiliated to the Living faith Church management.

The school is notable for producing first class graduates. 10% of every graduating set are first class materials.  This increased to 17% last year when 66 out of 468 graduates finished with first class honors at the just concluded convocation.

The school has 3 colleges and an entrepreneurial centre, among which include:

AUN was founded in 2005 by the former vice president of Nigeria, Atiku Abubakar. It is located in Yola, Adamawa state. This private school has produced lots of graduates who have proceeded to attend the American university, Washington DC for their graduate programs.

This university is a brainchild of the Redeemed Christian church of God. It was founded and fully approved in 2005. In 2015 won a world bank grant and emerged as the best christian university after beating other top rated universities in West Africa and central Africa.

They consistently produce world class graduates who are employable. During their last convocation in 2017, 22 out of the 465 graduates finished with 1st class.

Redeemers university has identified the high rate of unemployment in the country and shaped her curriculum to shape their graduates to be able to create jobs on their own, instead of waiting for a white collar jobs.

They have since grown over the years to emerge as one of the best private universities in the country. This academic institution is also in collaboration with Jaiz Bank which funds all projects undertaken by the school.

Al Hilkmaah has 5 colleges and the first set of graduate students were convocated last year.

Bowen University is owned by the Baptist church. It was established in 2001 and is located in Osun state. This private institution was named after a renowned Baptist church evangelist Rev. Thomas Jefferson Bowen.

The university currently has 6 colleges which include:

Igbinedion University broke the duck in 2009 to emerge the pioneer private university in Nigeria. It is located in Okada, Edo state.

Igbinedion university is the first private owned university in Nigeria to run medical programmes. They are also the 1st and only private university to produce first class student in the Nigerian Bar Association of Nigeria exam.

Few years ago, Igbinedion was always rated as the best and most expensive private universities in the country. They have slipped down the ladder, probably as a result of poor innovation.

Also on the list of top private universities in Nigeria is Ajayi Crowther University. This highly revered university is jointly owned by old boys of the former St. Andrews college.

The school gained full accreditation in 2005. It is highly affiliated to the Church missionary school and the church of Nigeria. This instigates the strict religious morals that is applied in the school.

This private academic institution is well known for producing top class graduates with high moral standard. Worthy of note is that in May, 2017 they publicized the expulsion of over 10 students who displayed antagonistic behaviors.