Most men of God such as Benny Hinn, Reinhard Bonnke etc are known to be powerful preachers in the world. These pastors are respected not only in their ministries or country but round the world. The message and sermons they preach alone coupled with the miracles they perform speaks a lot about them. 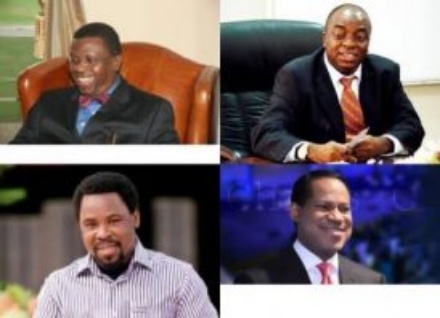 There are some selected pastors in Nigeria who are respected because of the kind of lifestyle they live. Most people especially their congregations see these men of God as holy, living a righteous life that is worthy of emulation.

Although, we wrote on Forbes top 5 richest pastors in Nigeria, be certain that our list isn’t based on that but on the lifestyle of some influential pastors carrying the anointing of the Lord and are seen as the reflectors of God’s grace, love, mercy and holiness.

Top 10 Most Respected Pastors in Nigeria

It is no surprise that Pastor Enoch Adejayan Adeboye  also known as E.A Adeboye is one of the most respected man of God in the country. He was born on the 2nd of December 1942 in Osun state. Not only is he a popular pastor but a very powerful preacher of the gospel.

He is the current General Overseer of the Redeem Christian Church of God(RCCG) which is one of the biggest pentecostal churches in Nigeria today. It is said that he ranks as one of the most powerful pastors in Africa because of his influence in Christianity.

Rev Fr Ejike Mbaka is the most respected catholic priest in the country that performs miracles and prophecies. A known prophecy was when he said that Buhari would win the presidential election in 2015 against Goodluck Ebere Jonathan.

The kind of crowd reverend father Mbaka pulls during crusades would tell you that his influence in Christianity and in the catholic faith is overwhelming. His life style also speaks for him as it is said that he leads a holy life in reverence of God. He is the founder of the biggest catholic ministry in the country, Adoration ministry located in Enugu state.

Also on the list of the most respected men of God is the founder of Deeper Life Bible Church, Dr William Kumuyi. He is a popular man of God who preaches the gospel of Jesus Christ with great enthusiasm.

It was said that W.F Kumuyi was an education lecturer at UNILAG before becoming a pastor. Although his wife is late, many testify to the holy lifestyle he lives.

You might be wondering whether David Oyedepo is the most respected pastor in Africa because of his rich life style. Well, the founder and General Overseer of Faith Tabernacle is one of the influential preachers in the country today.

In fact his popularity has spread through out the world and it is said that he has touched many lives worldwide due to the way he preaches and the life he leads. Although most preachers criticize him due to the prosperity gospel he preaches. David Oyedepo spiritual life was never questioned as he was ordained by God through pastor E. A ADEBOYE in 1983.

If you are searching for a prophet in Nigeria, here is one controversial Nigerian pastors that works extraordinary miracles. Prophet T.B. Joshua is the General Overseer of The Synagogue, Church Of All Nations (SCOAN).

Not only is he a prophet, he is also an ambassador to many nations of the world. T.B. Joshua’s journey to prophethood has wowed many as the man prophesied that he church was going to be one of the highest in the world today with thousands of people seeking for spiritual upliftment.

Poju Oyemade is one of the youngest pastors making waves in the country today. He is the Senior Pastor of Covenant Christian Centre in Lagos, a fast growing church.

Although much is not known about pastor Poju Oyemade’s biography, we know that the platform which is a yearly event organized by him pulls a lot of crowd especially the youths and even top politicians. He is also on the list of greatest pastors in the country today and a role model to many.

If you are a catholic, you must have heard of Rev. Fr. Emmanuel Obimma popularly known as (Ebube Muonso). Just like Reverend Father Ejike Mbaka, he is also on the list of respected pastors in the country known for performing signs and wonders using the Blessed sacrament.

He is the current spiritual director of HOLY GHOST ADORATION MINISTRY IN ANAMBRA state. He is a very popular powerful man of God that is known for miracles

He is one of the popular Nigerian pastors. Paul Adefarasin is a Christian minister, televangelist and author. According to Wikipedia, he hosts the weekly television religious program, Something Is About to Happen!, which is broadcast throughout Africa and Europe.

Adefarasin is also the head of the House on the Rock churches headquartered in Lagos and the host of The Experience Lagos music and worship concert, where the likes of Don Moen, Michael Smith, Nathaniel Bassey and other top gospel artiste feature.

He is a renowned motivational speaker. Pastor Sam Adeyemi is also one of the respected men of God of our time. His sermons lifts people spiritually. He’s the current General Overseer of Daystar Gospel Church.

Last on the list is pastor Mathew Ashimolowo, the founder of KICC. He is also one of the wealthiest Nigerian pastors today but is based in the United Kingdom.