Nigeria has been a peaceful country for many years until the emergence of Boko Haram insurgents which have threatened her unity and very existence till date. 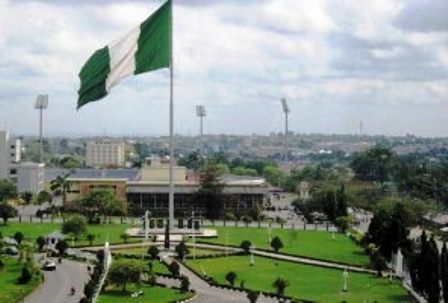 While most secured states especially those in the south western region of the country are said to be free from the religious and ethnic crisis, other cities and states in the north where Boko Haram and Fulani herdsmen terrorize cannot boast of same.

In this article, we list top 10 most peaceful states in the country by the Nigerian Peace Index report that is secured and safe to live in and even carry out your business activities.

Top 10 Most Peaceful States in Nigeria

Osun has been ranked the most peaceful state in Nigeria according to the Nigerian Peace Index (NPI) in a data collected between 2010 to 2016.

If you are looking for a place to settle down and kick start your venture in the South-western part of the country, Osun state would offer you that. With security tight in the state, you are sure that your safety is intact.

Another thing you should note about Osun is that it is a more cheaper state than Lagos that most people don’t know. Although in terms of population, Osun can’t boast of having great numbers like other Nigerian states, your safety is guaranteed in this state.

Kogi also falls under states that are peaceful in Nigeria. Although, there are various tribes in this place, they do not terrorize each other but live in peace and harmony.

This has been attributed to the effort of local authorities in the area which has yielded positive response in terms of security. So if you chose to base in this state as your permanent area of residence or to begin a business, Kogi is a sure secured place to stay.

If you are looking for an Igbo state where you are less likely to be caught in any ethnic or religious crisis, then Imo state should be on your list. Owerri is also a safe city to stay.

The only pitfall about this eastern state is that it is among the dirtiest states in the country. This is partly due to poor governance in the state and also the citizens. Apart from the above issues, Imo still remains one of Nigeria’s most peaceful states.

It isn’t surprising to see Enugu, a south-east state among the list of safest Nigerian states to live in. Over the past years, the political/ communal crisis rocking most parts and regions of the country has not faced into Enugu.

The inhabitants or better still indegenes of this state are religious in nature, hence, the very little or no criminal offenses recorded. The government has also beefed up security in various local government areas with vigilante’s on alert.

We can say that it is safe to do business on the streets in Enugu. No wonder, the economical activity in this state is very stable.

Ebonyi too can be listed among Nigeria’s most peaceful states. Many poeple might disagree to this and would use the Biafra agitation as a yardstick to judge that the area isn’t secure as it claims. But that’s not true.

The reason for the above claim is that you will not find communal clashes in this state. Record has it that the state has been among the few cities to have one of the lowest cases of suicide, kidnapping, rape cases, bombing, cult killings, armed robbery and other vices known to be violent in the country.

Sokoto state is the most peaceful state in Northern Nigeria, even though it is located up north where we hear of violence related issues almost every blessed day on the news, this state has been less volatile and has not been stained with the blood of violence.

Well, apart from being secured, Sokoto state is very clean. One thing about this area is that it is headquarters of Islamic learning in the country and the seat of the sultan, a first class king of the nation. These factors has contributed immensely to the peace and tranquility experienced in the state.

Kebbi is another northern state that is safe to live in or even start a business. You hardly hear this of political, religious, or ethnic crisis from this calm state. This fact was even commended by the governor of Imo state recently.

Apart from the normal hot sun, that ravages almost all northern states in the country, Kebbi has a track record of being a secured state since it came into existence. You hardly hear about the threat of Fulani herdsmen or even Boko Haram disturbing in this place.

Akwa Ibom is one of the most beautiful states in the country known to be very neat, clean cities, full of harmony and free from rancour. Aside from oil and gas, tourism is the major backbone of this Nigerian state economy.

Blessed with various ethnic groups and tribes, you hardly hear of murder cases or criminal activities from this state. This shows that Akwa-Ibom is the most peaceful state in south south, Nigeria as opposed to Cross River, a neighbouring state where issues of security is still a major concern to the government of the day.

It is right to say that Nigeria’s capital city Abuja or FCT is the most secured of all states in the federation. It is the official seat of the President, Vice, Senate and other chief principal officers of the Federal Republic.

You can’t be a terrorist or a thief and won’t be caught because it houses the heads of all security and armed forces of the nation. From the military, paramilitary and other gun-wielding agencies, it would be virtually impossible to penetrate or say that Abuja isn’t safe to live or start your business.

There have been reports in the past that towns like Gwagwalada, Nyanya, Kuje and the outskirts of Kubwa had serious challenges in maintaing public peace due to the religious extremist and the purported suicide bombing but that does not stop the federal capital territory from enjoying relative peace and calmness.

This list of peaceful places to live in Nigeria won’t be complete if Lagos isn’t mentioned. The centre of excellence is her slogan and she has lived up to that bidding.

Aside the fact that Lagos is the commercial hub of the country, this safe city is extremely populated and expensive to live in. The disadvantage of living in a city like Lagos is that, there is marginalization in terms of the rich and the poor and the most inner parts of the state is unclean, no wonder it was listed among the dirtiest states in Nigeria 2022.