Football is a lucrative sport and has over the years made many people stupendously rich. This is a rich list of the highest earning football managers in the world currently and their salaries. These coaches are truly the best in the business and they are tasked with leading the best teams in the world to glory. This compilation of the best paid coaches in the world will leave you on the edge of your seats. 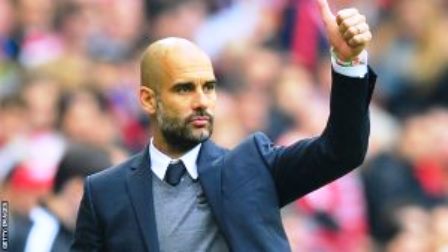 List of Highest Paid Football Coaches in the World 2022

The former Barcelona and Bayern Munich coach is comfortably the best paid coach in the world currently. He tops this lost as the highest earning coach due to his contract with his new club, Manchester City.

Pep Guardiola is understood to take home a whopping €24 million every year as salary plus other bonuses after it was improved following his success in winning domestic titles with Manchester City in England.

Guardiola is a Catalan from Barcelona in Spain. He has played and coached FC Barcelona, where he trained the likes of Lionel Messi, Xavi, Puyol, Iniesta, Eto, Henry, Pedro, Robben, Ribery, etc. He is one of the most experienced tactical football managers who believes in possession football also known as TikiTaka.

José Mourinho was the former coach of Porto, Chelsea, Inter Milan, Real Madrid and Manchester United. He was sacked recently by Manchester United due to a run of poor result by his players and the negativity perceived in the dressing room with high profile players like Paul Pogba.

Currently, Mourinho was employed by Daniel Levy as Tottenham Hotspur Manager which will see him earn £15 million in a year and £288,462 a month.

He is the current coach at Athletico Madrid. He recently signed a contract that will see him stay at the club till 2022. He is also the highest paid at Athletico Madrid as his salary is higher than that of other premier league and La Liga managers.

Reports according to Marca suggests that Diego Simeome was once the highest paid football coach this 2022 with an estimated yearly salary at £13 million and monthly salary of £250,000.

Former Liverpool and Newcastle boss, Rafael Benitez is also on the list and you shouldn’t be surprised as his current club Dalian Yifang has the financial might to pay him a whopping £11.5 million a year and £221,154 per week.

Just like Benitez, Fabio Cannavaro is also a football coach in the Chinese League. His club Guangzhou Evergrande pays him £192, 308 per week and £10 million per year. The former Real Madrid player earns higher than coaches in Barcelona, PSG, Juventus and even Liverpool FC.

Known as ‘Zizou’ by his fans, Zinedine Zidane has shot to the limelight by famously guiding Real Madrid, a club he once played for to the Champions League triumph and an eleventh European Cup crown in 2016.

Although, he left Real Madrid, the world cup winner is now back after Santiago Solari was fired. The Real Madrid boss is also among the highest paid coach in the world and he would reportedly takes home £10 million every year for three years.

Carlo Ancelotti, a former coach at Juventus, AC Milan, Chelsea, PSG and Real Madrid is seventh on this list of current best paid football managers in the world. The former Napoli Coach reportedly takes home £11.5 million every year as salary. It is reported that he will sign with Everton FC for a fee of £11 million per year

Ancelotti has maximum experience especially when it comes to the Champions League, winning this trophy at various clubs he had coached. No wonder he can speak five languages fluently. He was recently appointed as Everton football club manager.

Antonio Conte was sacked by Chelsea but currently coaches Inter Milan. During his time at Chelsea football club, he quickly settled into life in the Premier League by leading his Chelsea team to the summit of the English top flight standings. Conte was Coach at Juventus where he led them to three successive Serie A titles. He also managed the Italian national team and guided them to the Quarter finals at Euro 2016.

Antonio Conte earns £9 million per annum at Inter Milan Football Club and a weekly wage of £173, 077.

Sarri was rumored to earn around €6M-a-year while at Chelsea FC following the sack of Antonio Conte when he signed a three-year contract. Frank Lampard has since taken over.

Having managed Napoli FC, he is known for his unique style of play and tactics. There is also an option to extend Sarri’s contract by a further two-years if he succeeds at Stamford Bridge. He has since left the club to Juventus where he is rumored to earn £8 million plus other bonuses.

Jurgen Klopp was the former coach of Borussia Dortmund. He is currently the coach of Liverpool football club and he is known for a brand of swashbuckling attacking football. At Liverpool currently, Jurgen Klopp earns €18 million every year as his salary after signing a new lucrative contract deal to keep him at Liverpool FC till 2024.

His club Liverpool are currently in top form after winning the Champions League and are among the four clubs that are in contention to win the English Premier League (EPL). He is also among the managers that earn high salary in the EPL this year.

Formerly at Dortmumd, Thomas Tuchel was employed by PSG because of his specialty in bringing in  training young stars. He is earning £5.65 million at PSG per year

Frank Lampard is the current head coach of Chelsea Football Club. He is also a legend and one of the all time greats of the club and football in general. He played as a midfielder during his illustrious career as a player.

ALSO READ:  How To Become A Professional Footballer In Nigeria (2022)

He was appointed the manager of Derby before Chelsea’s job came calling. He would earn £5.5 million every year which makes him the lowest salary earner among the managers of the big 6

The above are the best paid coaches in the world currently.

Gareth Southgate of England is the current highest paid football country coach in the world this 2022. He earns more salary than Joachim Low of Germany, Deschamps of France and Martinez of Belgium.

According to Marca, The top five highest paid coaches and their salaries are:

In today’s world, no football coach job is secured unlike footballers who can remain in a club for a very long time. This is because, the loss and successes of a team performance is blamed on the coach’s management and tactical plans. It always boils down to the perception of players in the dressing room and how you handle them.

As seen above the likes of Mauricio Pochettino, Unai Emery, Arsene Wenger and Capello had their jobs taken away from them due to poor results and poor team performance. Although these high profile football managers in the EPL are rich and influential in the game, they were not spared.

We shall continue updating this list of highest paid football managers in the world especially when there is a change or increase in their contact and salaries.