There are a lot of award winning TV stations in Nigeria today. But which among these television stations is best and reliable for disseminating news objectively and has entertaining programs to watch? Well, this write-up will provide that. 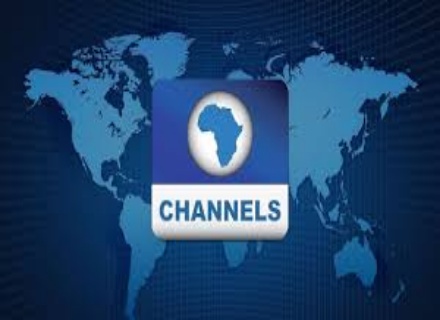 The media whether print or broadcast have one goal in common; to disseminate information and also make sure that viewers are entertained to their full capacity. This is why TV stations are springing up around the country. Apart from information and entertainment, TV stations also provide chances for learning new things to the public through its educative programs.

In Nigeria, due to the digitization of television by 2018, new stations has been introduced unlike before when the country had less than five television stations (AIT, NTA AND CHANNELS). Today, the country can now boast of numerous stations trying to meet up to the standards set by foreign TV stations such as BBC, CNN, Al-jazeerah etc.

Below is a the list of top 10 TV stations that are currently making their mark in the media environment in Nigeria through their programs.

Channels TV is the number one best TV station in Nigeria at the moment. This award winning broadcast station is known to focus mainly on up-to-date news. Apart from the 24 hours news headline updates by channels TV, they are known to report happenings around the country.

A survey carried out shows that most Nigerians prefer watching channels tv than other stations because they are known to report unbiased objective news stories that are trending. One popular program ‘Politics Today’ anchored by their one of their best staff discusses issues bordering on society. They have won series of awards since their inception and have programmes to keep you glued to your TV set.

ALSO READ:  Traditional Marriage Rites & Process In Igbo Land: How It Is Done

This is one of the leading television stations in Nigeria. This station was created in 2014 and was also given the license to operate the same year. Apart from broadcasting local news, TV continental are known to report foreign news stories in an accurate manner.

The private TV station boast of state of the art equipment that enables it broadcast its programmes to a large audience. They are located in Lagos and also have a studio in Abuja. The various programmes shown on TVC are informative and entertaining to watch.

The only pitfall about TVC most Nigerians complained about is their news reporting which is somehow bias as they report news items that favor the ruling party in the country, APC. It was also rumored that TVC is owned by one of the richest politicians in Nigeria.

AIT is the first private owned TV station in Nigeria and the second largest commercial television network in the country. What distinguishes AIT from other tv channels in the country is that this is a station with a very conducive environment for media business.

It is owned by Chief Raymond Dokpesi and its features interesting programmes which include; Kakaki, Mimi Jojo, up to date local news, international news, documentary, sport news, Goge Africa e.t.c. AIT has proven to be one of the best TV stations in Nigeria this 2022.

This is the first government owned broadcast station and African’s largest TV Network. Although partisan in their reportage, they focus mainly on Nigerian news and sports. NTA are among stations that discuss national and trending issues. Professional news casters who are popular in Nigeria that works for NTA include Cyril Stolber, Kyrian e.t.c.

Apart from the network news shown every 9pm on a daily basis by the network, they also host entertaining programmes like: Who Wants to be a Millionaire show, Superstory series, etc. NTA branches in Nigeria is easy to locate as they have presence in virtually all states in the country.

Galaxy TV is also one of the most popular TV stations in Nigeria. Just like NTA, the programmes hosted on this tv channel are very interesting to watch. They also have a large viewership. One thing Galaxy TV uses to keep audience glued is the interesting movies they show.

They also feature Galaxy Party time which is shown from Monday to Friday, 2-4pm and Saturday 12 midnight. This is a two-hour spiced musical programme for all genres of music. The Editors Forum programme on Galaxy TV creates an avenue to discuss trending national issues and happenings over the country.

Wazobia TV is also one of the best private television stations in the country. Nigerians relate to this channel because it is family friendly. Apart from being one of the registered stations licensed to operate in the country, they also own a radio station with popular OAP Yaw who doubles as a comedian.

The use of pidgin English on this Nigerian TV station to reel out news and discuss national issues makes Wazobia TV unique. If you are having a stressful day, we advice you tune in to Wazobia TV to enjoy the many interesting programs they have to offer.

Silverbird is the best private TV station in Nigeria and it is owned by one of the richest senators in the country, Senator Ben Murray Bruce. They feature local, international news, sports news, entertainment, gossip, music shows e.t.c.

ALSO READ:  The Maximum Amount A Savings Account Can Hold in Nigeria (2022)

The TV channel is part of the Silverbird group. They also televise Nigeria’s beauty pageantry on a yearly basis. They also have programmes that showcases upcoming artiste in the country. Religious programmes (Islamic & Christian) are also featured on this station.

The full meaning of WAP is Wale Adenuga Productions. On this channel, interesting series like super story, this life, Papa Ajasco and company, Nnenna & friends and host of others are known for quality, educative and suspense filled stories which depicts issues on family and the society at large.

Most Nigerians prefer to watch super story because of the unique and suspense filled action while Nnenna & friends is more of an educative program for children to enable them develop intellectually.

Africa magic is one of the most watched TV stations in the country. As a popular movie channel, they are known for displaying new movies by top actors and actresses, helping to promote Nollywood to the world at large. Women find this TV channel fun to watch. They also have a large viewership.

Soundcity is a private music TV network known for promoting music artist. They also reel out popular and trending playlists, listing them as the top 10 songs for the week, be it foreign or even local.

They don’t feature as one of the stations that discuss national and trending issues, but just like MTV base, soundcity is a very popular TV channel in Nigeria known for music and can be found on DSTV, GOTV e.t.c.