Do you have it in mind to study in any Nigerian polytechnic and are looking for the best polytechnics in Nigeria to study or advise a friend to study at? 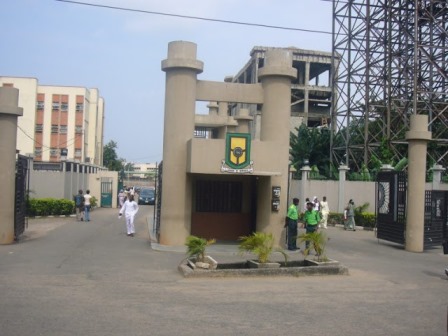 If you do, then this post is for you as we have outlined the ranking of top ten best polytechnics in Nigeria this 2022 that offer unrivaled educational services. Note that these Nigerian polytechnics standard has been tested as their certificates are normally recognised anywhere in Nigeria.

There are several polytechnics in the country, both private and public, which offers quality education to the ever increasing youth population of our dear country that is why we have decided to write about the best polytechnics in Nigeria this 2022.

In Nigeria today, polytechnics are being sought after these days due to the fact that students have come to understand that quality education can be gotten there as opposed to the earlier notion that universities are a do or die to attend.

The Joint Admissions and Matriculation Board (JAMB) interestingly receives millions of applications each year for admission into polytechnics these days because no youth wants to sit at home while their colleagues are gaining admission into schools and making academic progress in the process.

In the following paragraphs, we have given a detailed ranking of the 10 best polytechnics in Nigeria that are accredited. Also note that these arrangement is subject to change, depending on performances.

When it comes to teaching, YABATECH have some of the best lecturers in the country with high educational qualifications. So if you attend this institution, you are sure to receive quality education at its fullest.

As of writing this post, the school has over 34 academic departments and 50 accredited courses offered at both ND and HND levels respectively. YABATECH is located in Lagos state.

Yaba College of Technology, popularly known as YABATECH is another top polytechnic in Nigeria, as a successor of Yaba Higher College. It is Nigeria’s first higher educational institution. It is located in Yaba, Lagos. It has a student enrollment of over 16,000.

Yaba College of Technology is the first higher institution in the country to establish a Centre for Entrepreneurship Development, with linkages with the world of commerce and industry. The centre offers compulsory courses which must be taken by all students throughout their stay in the college.

YABATECH OR LASPOTECH? WHICH IS BETTER

YABATECH and LASPOTECH are no doubt, two good schools. Students might not be aware how good YABATECH is without realizing that it’s the best polytechnic in Nigeria right now. So to answer your question, “which polytechnic should I go too?”, of course you want to apply for a program at YABATECH!

Auchi poly is second on the list of best federal polytechnic in the country to attend at the moment. Located in Edo state, this school has all it takes when it comes to quality education.

Their curriculum meets international standards and the presence of the modern digital library helps student who chose this polytechnic to study easily. The current Rector of Auchi poly is Dr. Sony Jimoh, while the former is Dr. (Mrs.) Philipa O. Idogho.

Auchi Poly strongly supports continuous reviews and updates of curricula to meet current national and global challenges. The aim of this school is to enrich the curricular and re-orientate students to be self-employed and create jobs for the society after graduation. Entrepreneurial courses have been introduced in all programmes offered in the institution.

Innovation and state of the art learning facility has always been the bone of contention when it comes to providing quality education in any university or academic institution. This is what Federal Polytechnic Nekede offers.

Located in the Imo state, Federal Polytechnic, Nekede ranks third best polytechnic in Nigeria and is also the most popular in the south-eastern region of the country.

Reviews from student studying at the Federal Polytechnic, Nekede say that education in the school is top notch. The current rector of the school is Rev.Engr.Dr. Michael Chibuike Arimanwa.

The school is touted to have outstanding lecturers who mould young individuals into bright personalities.

The Federal Polytechnic, Nekede is a federal government-owned higher institution located in Nekede, a town in Imo State.

It was established on a temporary site at the premise of Government Technical College by the Imo State government in 1978 as College of Technology, Owerri before it was moved to its present location in Nekede.

On 7 May 1993, the polytechnic was changed to a federal government institution and was renamed “The Federal Polytechnic, Nekede”.

The Polytechnic Ibadan is rated best state polytechnic in the country this 2022 and this school has lived up to its bidding. Located in Oyo state, there are 5 accredited faculties operating within the school and they are:

The Polytechnic, Ibadan typically called “Poly Ibadan” is an institution of higher learning in Ibadan in Oyo State, Nigeria.

Founded in 1970, Poly Ibadan is similar to other top polytechnics in Nigeria. The institution was established to provide an alternative higher education to universities, particularly in technical skill acquisition.

The Polytechnic Ibadan is also well known for her unique slogan written in Yoruba language as ” Ise loogun Ise ” which means ‘Work the medicine for poverty’, a classical Yoruba adage which stresses that hard-work is the way out of poverty.

Poly Ibadan prides itself on providing an opportunity for presenting the most recent advances in knowledge and in techniques to special groups. It awards the National Diploma (ND), Higher National Diploma (HND), Post Graduate Diploma (PGD) and other professional certificates to its graduates.

Year to year, LASPOTECH is still ranked among the best academic institutions in the country. One achievement attributed to this school is that they take practical seriously. The name of the rector is Dr. Abdulazeez A. Lawal.

It was reported that students of LASPOTECH recently built drones as project. The establishment of this institution goes in line with the promise of the state governor to empower youths with sound education so as to nurture future leaders of tomorrow.

With over 38 departments within seven faculties, OSPOLY also has what it takes to be among the best schools in the federation. The polytechnic is located in Iree, Osun state and the rector is Dr. Jacob Agboola.

Osun state polytechnic was second to Auchi polytechnic in the past but has lost that position now. Nevertheless, it is still rated high among others.

The institution was formerly a satellite campus of the polytechnic, Ibadan. It became an autonomous institution on the 12th of May 1992. It also has a daily part time program which it runs at its Koko campus.

The polytechnic has seven faculties which contains several departments from which one can choose a desired course of study- Information and Communication, Engineering, Financial Studies, Environmental Studies, Management Studies, Basic Sciences, and Sciences.

This school was formerly a satellite campus of The Polytechnic, Ibadan. It became autonomous on 12th May, 1992 when the Governor of Osun State, Alhaji Isiaka Adeleke, signed the law establishing the institution alongside The Osun State College of Technology located at Esa-Oke in Osun State.

This polytechnic is ranked 7th and has modern infrastructures which support students’ academic progress. It also has a modern library and a students’ office where students can find answers to questions regarding their academic lives. It is situated in Ilaro, Ogun State.

Its a Federal Polytechnic and the name of its rector is Arc. Aluko Olusegun.

Federal Polytechnic, Ilaro is one of the best polytechnics in Nigeria and it is based in Ogun State, Southwestern Nigeria.

Imo state polytechnic was established in 1978 as Michael Okpara College of Agriculture. However, in 2007, it was elevated to the status of Polytechnic. It is located in Umuagwo, Ohaji/Egbema LGA, Imo State.

Formerly it was known as the Michael Okpara College of Agriculture, Umuagwo before it was renamed in 2007 as Imo State Polytechnic in 2007.

The development of various cassava species saw this college excel in agriculture. Located at Umuagwo in Imo State, some of the courses offered at the Imo state polytechnic include:

The polytechnic provides courses, training and research in all branches of Agriculture, Management Sciences, Engineering and Food Sciences. It is also certified to award National Diploma and Higher National Diploma certificates to its graduates.

It has a flexible academic schedule and students who can’t study full-time can opt to go to classes during the weekends.

The Federal Polytechnic Oko was formerly attached to the College of Arts and Science in Anambra state in 1979. It was in 1985 that the college became a polytechnic after meeting the requirements.

The former rector, Prof. Onu made the school attractive. No wonder it became the choice for many young school leavers according to data gotten from the Unified Tertiary Matriculation Examination Board.

The federal polytechnic Oko has a rich academic atmosphere which is exciting and exhilarating at the same time. The polytechnic has a main campus at Oko and there are two other campuses at Ufuma and Atani. The school has a vibrant social life too. There are 8 schools from which to choose a course of study from.

Federal Polytechnic, Oko is a Nigerian polytechnic based in Oko, Anambra State. It was previously known as College of Arts, Science and Technology.

This federal polytechnic is not just one of the best in the south eastern region but in Nigeria as a whole.

With over 30,000 students enrolled in KADPOLY, you can see reason why this poly is ranked among the top ten polytechnics in Nigeria. Located in Kaduna, this academic institution has been the choice of those from Northern Nigeria.

It was established in 1956 and there are 5 colleges from which to choose a course of study.

KADPOLY has 44 approved academic department running 138 programmes at the moment.

Kaduna Polytechnic is one of the largest polytechnics in Nigeria that offers quality education till date. Located at Tudun Wada area of Kaduna South local government of Kaduna state, North-Western Nigeria.

These schools listed above offer quality education and even part time programme. Getting admission into any of these polytechnics is a good choice for any student who fancy studying in a poly.