Ever since Tiwa Savage broke into the Nigerian music industry, she has grown in leaps and bounds. In this article, we will find out how old she is. Often regarded as the queen of Nigerian music, she is known to be the richest female musician in Nigeria and the first lady of Mavin records. 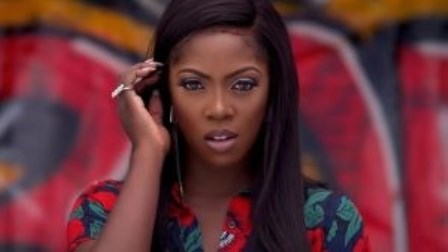 Tiwatope Savage-Balogun, popularly called Tiwa Savage is a multi-talented, multi-award winning singer, songwriter, performer and actress. She was born in Ikeja, the Lagos State Capital. At age 11, she relocated with her family to the United Kingdom, where she began falling in love with music.

Tiwa studied Business Administration at the University of Kent, and she briefly at the Royal Bank of Scotland, before focusing fully on her music career. While outside Nigeria, Tiwa’s talents did not go unnoticed as she did backup vocals for top foreign acts such as Whitney Houston, Blu Cantrell, Emma Bunton, to mention but a few. She also performed on stage with the Black Eyed Peas, 50 cent, Eminem, Destiny’s child, and many others.

Tiwa later relocated to Nigeria and upon her return, she released her first album Once Upon a Time in 2010. Since then, her music career has never looked back. She is currently signed to Mavin records owned by popular Nigerian entertainer, Don Jazzy.

To answer the question, how old is Tiwa Savage? Be informed that she was born on November 5, 1980. With that, you can figure out that she is 41 years age this 2022.

Recent News on Tiwa Savage this 2022

Tiwa Savage has officially parted ways with Don Jazzy’s Mavin Records. Tiwa who is currently 41-years-old and a mother of one has just signed a deal with Universal Music Group to become one of their global artist.

Universal Music is an American global music corporation and world leader in music-based entertainment has signed various A-rated artistes in the world.

To confirm this, Mavin Record boss, Don Jazzy in an Instagram post described Tiwa Savage as an inspiration and promised her position as Mavin’s First Lady will remain hers.

He said “Our darling Tiwatope. We at Mavin Records would like to say a very big thank you for being such an inspiration to all of us, a friend, a sister. It’s been an epic journey with you and we are very proud of what we have achieved together. As you start this new chapter in your life we want you to know that we are solidly behind you and can’t wait for the world to see what we have always believed you can be. Your jersey as the First Lady of Mavin will forever be yours as we do not intend to fill that position with anyone else. We love you from the bottom of heart and pray GOD’s blessings continue to follow you. Amennnn. #Mavin @tiwasavage”

Also, it is rumored that she is in a relationship with popular musician, Starboy also known as Wizkid. This has since been debunked as no one knows the particular guy whom she is dating currently.