Home Facts Who is the First Male Medical Doctor in Nigeria?

The first male medical doctor in Nigeria is Nathaniel King. In 1861, a medical missionary to Nigeria, Dr A.A. Harrison of the church missionary society (CMS) selected four cleverest boys in Abeokuta to train them as Assistant doctors. Only one of them, Nathaniel King graduated, and became personal assistant to Dr Harrison. 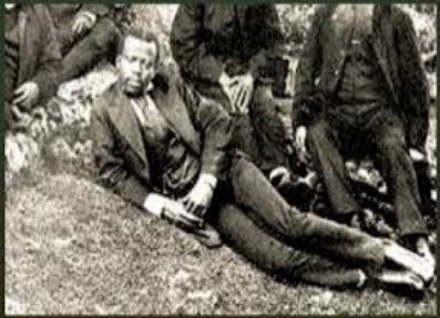 In 1866, Nathaniel king was sent to Sierra Leone where he studied the preliminaries of medicine under Dr. Bradshaw of the Colonial Hospital, Freetown. King later went to England where he graduated as a doctor in 1874; thus becoming the first Nigerian qualified Medical Doctor. He returned to Lagos to serve the CMS on a salary of 50 pounds sterling a year. Source

Biography of the First Male Medical Doctor in Nigeria

Nathaniel Thomas King (14 May 1847 – 12 May 1884) was one of the earliest western-trained West African doctors to practice medicine in Nigeria.

King was born in Hastings, Sierra Leone, to the family of Reverend Thomas and Mary King. His father was a catechist of the Church Missionary Society who assisted Ajayi Crowther in translating the Bible to Yoruba.

In 1850, his father moved to the Yoruba mission in Abeokuta, Ogun State, and the family went along with him. In 1861, the young King was recommended by Henry Venn as one of the four students to be trained at a Church Mission Society (CMS) pre-medical training program under Dr A. A. Harrison, a Cambridge-trained doctor. However, Harrison died in 1865 and Venn recommended King to Fourah Bay College to continue his studies. While in Freetown, he also worked in the colonial hospital. King later went to King’s College, London, with sponsorship from his uncle, Henry Robbin, and CMS. King obtained his MRCS from King’s College and his medical degree from University of Edinburgh in 1876.

He returned to Nigeria and was involved in developing modern medical practice in the country which saw him become the first indigenous doctor in Nigeria.

In Nigeria, he promoted enviromental sanitation, acted as a examiner for CMS Grammar School, Lagos, and Wesley College and he was also a trust member of the Rebecca Hussey fund for Africans.

He also doubles as the first Nigerian medical doctor.