The first indigenous lawyer in Nigeria was Christopher Alexander Sapara Williams, a Yoruba man of Ijesha Origin. Born on 14 December 1855 in Sierra Leone, he studied Law in London and was the first Nigerian lawyer to be called to the English bar on 17 December 1879.

He returned from the United Kingdom after which he began legal practice in Lagos Colony on 13 December 1888. History has it that as an advocate, he had full knowledge of the unwritten customary law. Williams was also the elder brother of Oguntola Sapara, who became a popular doctor during his time. 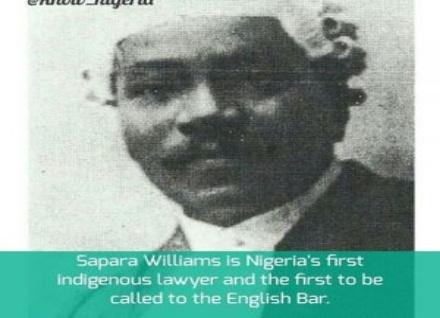 He joined the Nigerian Bar Association officially on 30 December 1888, and became the Chairman of the Nigerian Bar Association from 1900 to 1915. Although Williams was the first indigenous Nigerian to formally qualify as a lawyer, he wasn’t the only one that practiced law. Non-lawyers with basic education and some knowledge of English law were also allowed to practice as attorneys in Nigeria then.

Williams was a member of the Legislative Council until his death in 1915. In 1903, then colonial governor, MacGregor nominated Williams for a knighthood, but his recommendation was turned down by the British Royal House. It was Williams in 1904 that moved the motion that “the entire southern region be brought under one administration, so that the entire tribes of the Yoruba-speaking people should be under one and the same administration”.

In 1905, Williams visited England where he made several suggestions to the Colonial Office for changes to imperial policy like establishing a teachers training college in Lagos and having more continuity of policy by the governors of the colony. Sapara Williams also fought for press freedom but the colonial masters declined. He was among those that convened the first inaugural meeting of the Lagos Auxiliary of the Anti-Slavery and Aborigines Protection Society on 30 December 1910, which gave Macauley a platform for producing popular opposition to colonial practices. 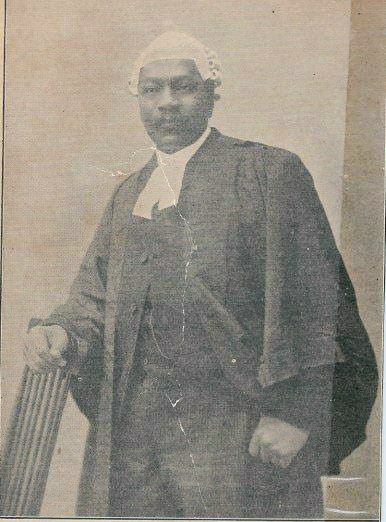 When Northern and Southern Nigeria were amalgamated in 1914, the new legislative council was headed by the Governor, and consisted of seven British officials, two British non-officials and two Nigerians, one of whom was Williams. He died on 15 December 1915. Williams being the first indigenous lawyer in Nigeria once said: “A lawyer lives for the direction of his people and the advancement of the cause of his country”.