Tax may be defined as a compulsory contribution contribution imposed by a government authority on goods, individuals, corporate bodies, etc, irrespective of the exact amount of services rendered to the tax payer in return, and not imposed as a penalty for any legal offense. 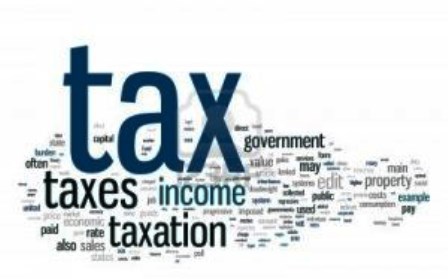 Features of a Tax

1. Tax is a compulsory payment.

2. The money realised from tax is for the general good of all.

3. It is levied by the government or its agents.

4. Tax is charged irrespective of the exact amount of services rendered to the tax payer in return.

5. Tax is not imposed as a penalty for any legal offence.

6. People must attend certain age before they start paying tax.

Principles of a Good Tax System

Tax should be based on a person’s ability to pay and there should be equality of sacrifice, that is, the burden of tax should be according to one’s ability.

Tax payers should know the exact amount they are expected to pay, when and how to pay it.

The method and time of tax collection should be convenient to the tax P.A.Y.E. is considered the most convenient method of tax system.

The amount spent in the course of collecting tax should be smaller than the amount collected.

There should be no discrimination in the collection of taxes i.e., people of equal financial positions should pay the same amount as tax.

A good tax system changes with the changing circumstances in the area it is charged.

A good tax system should be simple enough for everybody’s understanding.

People collecting the tax should not find it difficult to collect.

It should not be the one that people can easily evade.

This tax system should yield enough revenue to the government and also not to hinder production.

A good tax system should form a fiscal instrument used in controlling inflation and deflation, etc.