Swimming is a wonderful way to improve your health. But it also can be entertaining, especially while you are watching competitions and live mobile betting in Naija. And some athletes get the greatest results. These are the best swimmers of all time. 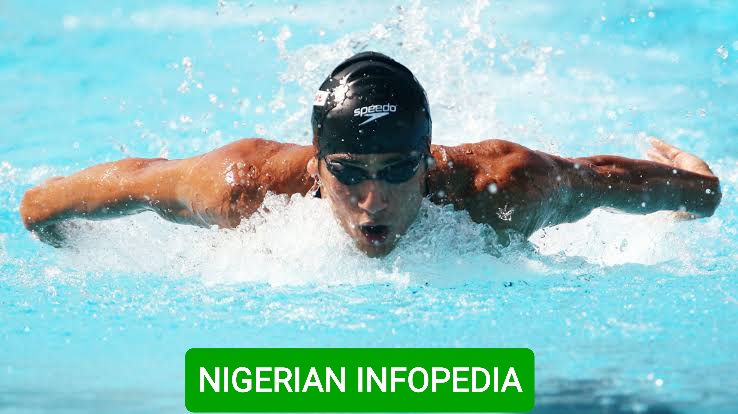 The love of swimming came to the champion since childhood. At 3 he was already a good swimmer, at 5 he started competing, and at 10 he got his first wins and became the holder of 17 national and one world record. When he was 15 he won 4 gold medals at the Olympic Games in Maccabean (Israel).

Mark Spitz is a pioneer, managing to win 7 gold medals at one Olympic Games in 1972 in Munich. Each of the awards was matched by a world record. After the Games the swimmer ended his sporting career. All in all, Mark Spitz set 33 world records.

Michael Phelps can safely be called one of the greatest and most decorated swimmers in history. Phelps’ sports career is a succession of endless victories and achievements! The champion started setting records at 6. He set a total of 28 Olympic medals and 29 individual world records.

In 2001, Michael Phelps set his first world record in the 200-meter butterfly. The next success came three years later at the Olympic games in Athens: 8 medals, 6 of them gold!

At the Melbourne championships in 2007, Michael Phelps confidently took another 7 gold medals. A year later at the Beijing Olympics, the swimmer surprises the world again with his victories. Michael won 8 gold medals, beating Mark Spitz’s record of 36 years (7 gold medals at one Olympic Games).

The athlete’s career ended in 2016. He is now married to model Nicole Johnson and they are raising two children.

The swimmer won his first award in 2003 at the World Championships, a silver in the 400-meter medley. The period from 2003 to 2015 was very successful for Czech – he never left a competition without a medal! In the 50 meters, Laszlo took at least two medals and one gold at seven consecutive European Championships. Several times, Czech competed against Michael Phelps, but lost and left with silver.

Ian Thorpe is one of the strongest swimmers in the world. In 1998 in Perth, Australia, Ian won his first gold and became the youngest champion in history.

Between 2000 and 2004, the swimmer won 5 gold medals at the Olympics. Ian won 11 awards at world championships. After the Olympics, the athlete became more famous: many famous companies such as Adidas, Coca-Cola, Omega signed contracts with Jan. A part of money received from advertising was transferred by the swimmer to charity.

In terms of his sports achievements Ryan is right behind Michael Phelps. Some of his records had not been broken yet!

Lochte won his first medal at the 2004 Athens Olympics. Then, in the 4×200 freestyle relay, he won gold and then silver in the 200 m, second only to Michael Phelps.

Chad Le Clos has been swimming since he was young. From a young age, he was already competing. At 11, he won his first gold medals at a competition held at King’s Park Pool. At the 2010 Commonwealth Games, the South African swimmer picked up an entire set of awards: 2 gold, 1 silver and 2 bronze medals. The same year at the World Championships, Chad won 1 gold in the short distances.

From 2011 to 2012 the swimmer shook with his stunning victories. At the Summer Olympics in London, Chad Le Clos won gold and silver medals. In one of the heats, he beat Michael Phelps himself three times, whom he had never even met before!