Home Business Ideas Sugarcane Farming in Nigeria: Guide on How To Start (2022)

Here is a guide on how to start sugarcane farming business in Nigeria easily. 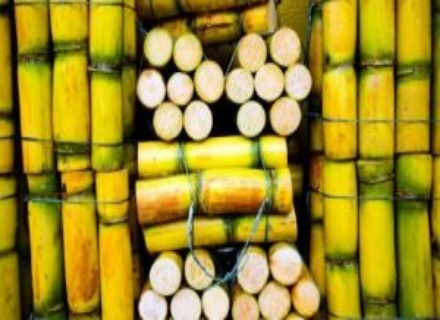 History of Sugar Production In Nigeria

According to an online report, sugar production in the country has been on a low over the past years. The emergence of top sugar processing companies like the Dangote group has pushed the country as not only the main African country that produces sugar but also refining it.

Sugar was discovered since the time of Emperor Darius. History has it that the first sugar was recorded in the year 1099 in England. As time passed, it spread to other nations of the world which brought about its expansion and importation to other continents of the world. In fact, sugar became an expensive commodity that it was sold in London for “two shillings a pound” in 1319 AD.

As at 1750 there were already 120 sugar refineries in Britain that were fully operational. These refineries produced a combined output of 30,000 tons per year. It was during the colonial era that sugar cane was found in Nigeria especially in the Northern region. It was then exported to Britain where in was refined. This continued until independence.

Why Nigeria is the Largest Producer of Sugar in Africa

According to Wikipedia, Do you know that Nigeria has the largest sugar refining plant in Africa? And Nigeria’s production of sugarcane only meets about 10% of it demands. Making importation the only means to meet the other 90%, giving countries like Brazil the opportunity to make money from us while we sing the praise of no money.

ALSO READ:  Ankara Business in Nigeria: Guide on How To Start (2022)

In fact, the top sugarcane producing states in Nigeria include: Kwara, Kano, Niger, Jigawa, Taraba, Katsina, Sokoto and Kaduna states respectively. All these states where sugarcane are grown are majorly from the the Middle Belt and Northern region of the country.

What then stops us from investing in sugarcane production? The government in a bid to encourage sugarcane farming exempt those into from paying tax for 5 good years. This is what most people don’t know and can’t harness this opportunity.

Sugar cane has a lot of benefits. Be it medical or just for ordinary use. Below are some of those benefits:

Steps on How To Start Sugarcane Farm in Nigeria

To start sugarcane business here in Nigeria, follow the steps below:

As with any other business, you should always write out your business plan which will spell out the direction of your sugarcane business.

For you to successful start a sugarcane farm that will be profitable, you need to choose a site that meets the requirements for growing sugarcane.

First, while sugarcane is not limited to a particular type of soil, it strives well in a well-drained soil with a pH of 5.0 to 8.0. In terms from climatic requirements of a sugarcane plantation, it is best planted in an area that gets a rainfall of between 1500 – 2500mm and a high temperature of between 26 – 30 C.

ALSO READ:  Sport Betting Business In Nigeria: Guide on How To Start (2022)

This makes areas like Kano, Kaduna, Kwara, Sokoto, Jigawa, Niger, Taraba and Katsina suitable for planting sugarcane. However, due to the lack of sufficient rainfall in these areas, Irrigation is employed to help meet the water requirements.

Sugarcane is planted by either planting stem or settlings which are sections of the cane with the roots or shoots into a furrow of about 4 inches.

After planting, you need to take care of the plants as they are susceptible to pests and diseases which can lower their economic value. Some of the main causes of these are nitrogen built-up in the soil or water logging so you need to watch out for these.

Watch out for pest and diseases and provide solutions.

Sugarcane can be harvested using either the manual and mechanically methods. For a large-scale plantation, mechanical method is applied. However, if you are operating on a smaller scale and would employ the manual method, it is done as follows.

First, you need to set the field on fire to burn dry leaves and kill the snakes hiding in it. Don’t worry, this won’t affect the water rich stalks and roots.

After this, you can cut the cane at a little above the ground level with cane knife or machete and make sure you employ skilled worker for this. Sugarcane can be harvested twice a year from the same plantation.

The market for Sugarcane business in the country is everywhere. Infact, people especially the Northerners sell this product. While companies that are involved in its refining are in search for those who have farms that produce sugar canes.