There are over 300 known tribes in Nigeria with diverse cultures, traditions and languages. These tribes or ethnic groups make up the states we have in the country. But which tribe is the strongest in Nigeria? This post answers it for you. 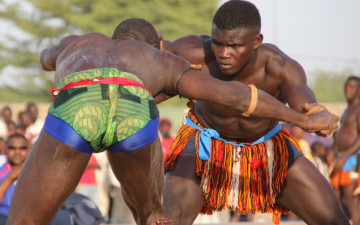 In our previous post, we stated that the most wicked tribe in Nigeria today are the Fulani speaking group due to the series of killings and blood letting attached to these group. We also wrote on why the Yoruba ethnic group are the most educated tribe in the nation and so on.

For the benefit of doubt, every tribe in Nigeria; be it the Igbos, Yorubas, Hausas, Fulanis, etc are strong but in different areas. The Hausa/Fulani tribe are strongest in population, landmass, military and in politics. The Igbos boast of being the richest tribe in terms of finance and business while the Yoruba tribe are strong in terms of academics.

Here are the strongest tribes in Nigeria today

Hausa/Fulani are the largest tribe in Nigeria and have the highest population in the country. They occupy the Northern geopolitical zone of  the country which consists of nineteen states out of the 36. Within these ethnic groups, exists different cultures. Islam is the major religion of these group as while Christianity and other types of religion constitute a minority in the states where the Hausas or Fulanis are found.

ALSO READ:  How to Check If a Company is Registered in Nigeria

The Hausas are seen as the strongest tribe in Nigeria because most of them occupy important public offices in the country. In fact, since Nigeria gained her independence in 1960, this group have produced 90% of presidents the country has ever had. Aside this, they are found in great number in the Nigerian military and also boast of having the richest man in Africa, Aliko Dangote. With all these, they are also the poorest tribe among all major ethnic groups with the highest mortality rate in the country.

The strength of the Igbo speaking people are seen in their ability to manage finance very well, do businesses while churning out great entrepreneurs that are movers of the Nigerian economy. This tribe is located in the south-eastern area of Nigeria, occupying five states where the Igbo language is spoken predominately.

You hardly go anywhere in the country where you won’t find an Igbo person doing one or two businesses in the world. They are known to be the most industrious tribe in Nigeria with the highest number of successful business men and women. See the top 20 richest Igbo entrepreneurs to confirm this.

While the Igbos boast of this feat, they also have their bad side as a dangerous tribe to be feared. Recently, the FBI released a list of fraudulent persons who engage in cyber-crimes, defrauding big companies and persons alike. Unfortunately, names from the Igbo tribe occupied a greater percentage on the list. Also if you see those on death-row in Arab and Asian countries, you might be shocked that they are majorly Igbos.

The Yorubas are also a strong tribe in Nigeria when it comes to academics and politics. They boast of having the highest number of professors in the country and also graduates from various top universities in the world. You can find the Yoruba speaking states in the south western geopolitical zone in Nigeria.

Another reason why the Yorubas are among the toughest tribes in Nigeria is because of their activeness in politics. They also have a reasonable number of active influential politicians occupying top positions in the country. People like Asiwaju Bola Ahmed Tinubu, a former governor of Lagos and Olusegun Obasanjo, a one time military head of state and two time president of Nigeria are from this tribe.

The only issue with the Yoruba tribe is the high rate of unemployment among its youths which has led to rise of kidnapping, rape and other crime related activities in the Yoruba states.

Aside these tribes listed above, other minor ethnic groups also have their strength and importance to the nation. For example, tribes like Ogoni, Ijaws, etc from the south-south region of Nigeria where the oil producing states are found account for the Nigeria’s wealth due to the crude oil they produce.

Which other tribe do you think should be on this list, we would love to hear your views in the comment section.