The American dollar as we all know is among the top strongest currencies in the world. This is because the US Dollar is used worldwide as the general currency for the exchange of goods and services. 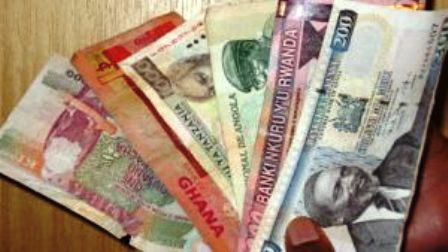 For several economic reasons and benefits, as a country, it is essentially important to have a strong currency. This is usually a vital basis for assessing the strength of a nation’s economy. Africa as a continent isn’t left out, as there are countries in Africa whose currencies are powerful when placed side by side with the dollar.

In an attempt to explain it further, one could say that a nation’s with strong currencies have higher purchasing power over other countries of the world. Narrowing it down to Africa, there are some currencies that are stronger than the others due to the state of a countries economy.

Having a powerful African currency has several benefits for any nation within this continent such as; cheaper imports and etc. Before Brexit, the strongest currency in the world seemed to be the British pounds but after the whole Brexit brouhaha, the British pounds has plunged low against the dollar.

Also, having a strong currency in Africa is also important even if countries within this part of the world are being referred to as third world countries. Without bias, they have some very strong currencies.

Based on their worth, purchasing power and their exchange rate against the dollar, from the lowest to the strongest, here are the top 10 most powerful currencies in Africa.

The following are the current 10 strongest African currencies this 2022.

Ranked 10th on the list is the official currency of Namibia; the Namibian dollars, which is usually abbreviated with ( N$) to differentiate it from the other dollars.

At the moment, the exchange rate indicates that 14.31 NAD is equal to a dollar. Namibia is a country located in Southern Africa. Namibia, as seen from the strength of her currency, has enjoyed stability since she gained independence from South Africa in 1990.

The Zambian Kwacha is the official currency of Zambia and its ranked 9th strongest African currency. Zambia is a landlocked country in southern Africa.

The Kwacha is subdivided into 100 Ngwees. The Zambian Kwacha (ZMK) derives its name from the word “dawn” in the Nyanja language. Currently, the Kwacha rates at ZK 14.2 to a dollar.

Eswantini or Swaziland is located in the Southern part of Africa and bordered by South Africa and Mozambique. Eswantini is not exactly a very popular African country but she does boast of having one of the top ten strongest currencies in the African continent.

The South African rand is among the most powerful currencies we have in Africa. Although, this country has a shaking economy, its legal tender has done well to pit itself against the dollar of recent.

South Africa is the country at the Southernmost tip of the continent, with it’s largest city known as the city of Johannesburg.

The rand which is the official currency of South Africa was launched in May 1961 and is divided into 100 cents. The equivalent of a dollar in South Africa is 14.25 ZAR. ZAR which stands for Zuid – Afrikaanse rand.

Seychelles is actually one of the world’s smallest countries and yet, this country’s currency manages to be number 7 on the list of top 10 strongest currencies in Africa! The Seychelles Rupee is also subdivided into 100 cents. SCR is the abbreviation for the Seychelles Rupee and it is currently standing at 13.70 SCR to a dollar.

The Pula is Botswana’s official currency and this country’s legal tender ranks fifth on our list of countries in Africa that have strong currencies.

Botswana is a country in Southern Africa bordered by Namibia, South Africa and Zimbabwe. Pula which means “rain” is the official currency of Botswana and has the ISO 4217 code BWP and is subdivided into 100 Thebe.

The Moroccan Dirham is the official currency of Morroco. This North African Country, is officially known as The Kingdom of Morocco.

Morocco borders the Atlantic Ocean and the Mediterranean sea. One Moroccan Dirham is divided into 100 centimes, it’s ISO code is MAD.

The Ghana Cedis is among the top three strongest currencies in Africa. This West African country is located along the gulf of guinea and the Atlantic Ocean.

Although Ghana has a relatively small population, their currency still comes third on this list.

The Ghana Cedi is the official currency of Ghana. One Cedi is divided into 100 Pesewas. Ghana currently exchanges at 5.65 Cedis to a dollar.

Sitting in second place is the Tunisian Dinar. It is the official currency of Tunisia. Tunisia is located in North Africa and bordered by the Mediterranean sea and the Sahara desert.

The Republic of Tunisia is located in the Maghreb region of North Africa. The dinar is the currency of Tunisia, which was set out as a new currency in 1958 although it did not start to be used until 1960 and it is subdivided into 1000 milim.

Even though Libya currently is plunged into chaos, they still manage somehow, to keep their economy and currency strong.

As you can see, the top ten strongest currencies in Africa doesn’t feature Nigeria’s currency, Naira. The Naira currently stands at an exchange rate of N364.68 to a dollar.

With the Namibian dollars at number 10 and still with an exchange rate of 14.31 NAD to a dollar, you can clearly see why the Naira isn’t among the strongest African currencies.