Find below a list of top 10 strongest Air Forces in Africa today according to our research this 2022.

We all know the world super powers today like the United States, China and Russia with all their nuclear weapons, military fighter jets, etc. But when its about Africa, we know little to nothing about the military strengths of countries in our own continent. 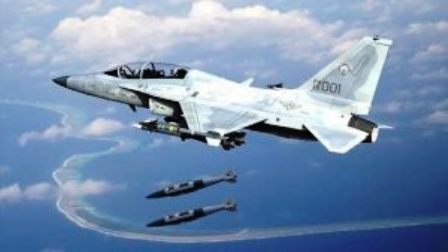 Talk of knowing someone without knowing yourself, that is the situation. This post will discuss the top 10 countries with the strongest air force in Africa today.

Egypt unarguably has the strongest Air force in Africa 2022. According to the former chair of Israel’s Knesset Foreign Affairs and Defense Committee, Yuval Steinitz, the Egyptian Air Force has roughly the same number of modern warplanes as the Israeli Air Force and far more western tanks, artillery, anti-aircraft batteries and warships than the Israel Defense Forces.

The Armed Forces’ inventory includes equipment from different countries around the world. Also some are built in Egypt with the M1 Abrams tank as a notable example. They have a total of about 1,100 air-crafts in their inventory.

Like Egypt, Algeria is located in North Africa and spends heavily on its military. From statistics, Algeria have the largest military budget on the continent.

ALSO READ:  How To Join Nigerian Air Force As Tradesmen/women (2022)

The countries Air Force (Algerian Air force) is the second strongest air force in Africa. In 2007, the Algerian Air Force signed a deal with Russia to purchase 49 MiG-29SMT and 6 MiG-29UBT at an estimated cost of $1.9 billion.

Ethiopia has one of the strongest military in Africa with a defense budget of $340 million. This countries’ military has an arsenal with about 560 tanks and 81 air crafts.

The Ethiopian Air Force has about 3,000 personnel under its control making it the third strongest on the continent.

South Africa has one of the strongest air force in Africa. With 213 air-crafts and a military budget of about $4.96 billion, this countries air force is a force to reckoned with on the continent.

At a time, South Africa has 6 nuclear devices before it was dismantled in 1991 when it signed the Nuclear Non-Proliferation Treaty.

You might want to know whether Nigeria air force is the strongest in Africa? Nigeria is the most populous country on the continent and also one of the most economically successful country in the region.

Kenya Air Force sits on the sixth position of the strongest Air Force on the African continent this 2022. The personnel of the force are deployed around the world for peacekeeping mission.

The Moroccan armed force is known as the Moroccan Armed Force. It Air Force subsidiary is the 7th in Africa in term of strength. It has about 323 air-crafts.

The Tunisian Air Force is the 8th strongest air force in Africa and has an aircraft strength of 154 and 4 UAVs among others. This force helps both internally and externally.

Angola is the 7th largest country in Africa in terms of population. It is located in Southern Africa and its air force ranked the 9th strongest on the African continent.

This country’s defense budget is well over $4bn. Talking of the number of air-crafts owned by the Angolan Air Force, they have about 270 aircraft and about 15 attack helicopters and 82 fighters.

Libya comes 10th as the country with the strongest air force on the continent. This might come as a surprise to many with the 2011 Libya revolution.

It is however argued that the number of servicemen does not match the artillery and ammunition the country possess.

Talking of it air force, they have over 600 air-crafts and 121helicopter. Their defense budget hovers around $880 million.