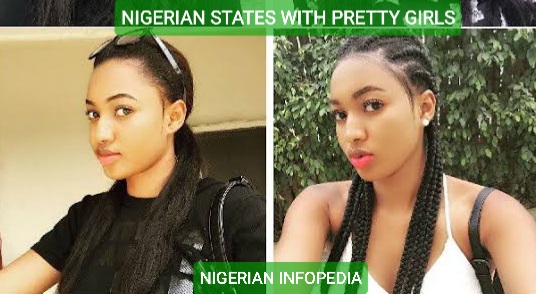 TOP 10 NIGERIAN STATES WITH THE MOST BEAUTIFUL GIRLS

If you really like beauty, you’ve probably heard of something like the annual ‘Miss Nigeria’ awards. This is a beauty pageant that honors the “most beautiful” women in the world. We’ll use data from previous award winners to rank the top states with the most attractive women. General perceptions, personal opinion, and other contributing variables will be included as additional rating factors.

Imo is the Nigerian state with the most beautiful girls in the country. These stunning ladies are well-endowed in every way. It’s no surprise that the state boasts the most peagents and models in Nigeria.

Lynda Chuba-Ikpeazu was the inaugural winner of the Most Beautiful Girl in Nigeria pageant, which established the pattern of Igbo women dominating the competition. Significantly, girls from Imo State have received the prize five times, a record which no other state can match.

Rivers is worthy of note because of its ebony charms and the excesses from nearby Imo State. Port Harcourt, the state capital, is known for having the most costly and classy women.

ALSO READ:  Best Ways To Send And Receive Money In Nigeria From Abroad (2022)

Furthermore, Rivers State has spawned not only four winners of the Most Beautiful Girl in Nigeria Award, but also Nigeria’s first and only Miss World. Agbani Darego is the personification of this. In the year 2001, Agbani was crowned Miss World. She was the first native African to get the honor.

Because of its vibrant urban status, Lagos State boasts of magnificent and sophisticated beauties. The state is a melting pot of the most attractive women from all backgrounds and groups.

Lagos is also home to some of the country’s most attractive women. Ten Miss Nigeria winners have come from the state. In fact, there isn’t a single other state that comes close. In addition, three winners of the Most Beautiful Girl in Nigeria title have come from Lagos State.

Anambra bimbos are just as elegant and attractive as their Imo counterparts. As a result, they are proud of a variety of natural wonders.

Anambra is often regarded as one of Nigeria’s states with the most attractive women. Three times, ladies from Anambra have taken home the MGBN award.

In 2015, Unoaku Anyadike of Anambra State was named Nigeria’s Most Beautiful Woman.

Akwa Ibom is a Nigerian coastal state in the country’s south-south area. The state has a large quantity of attractive females. A trip to the state’s most prestigious areas, such as Uyo, Eket, Ikot Ekpene, UniUyo, Le Meridian, and the rest of the state’s elite spots, would provide the true picture of what good looking girls are like.

Whenever it comes to the dazzling appearance of Akwa Ibom ladies, Ini Edo is one of the first names that comes to mind. She is still one of the most stunning actresses in Nigerian filmmaking.

Cross River state is home to some of Nigeria’s most beautiful women. The tranquil and ambience environment of the state benefits the preponderance of naturally gorgeous girls in the state.

Calabar and Cross River girls in general are not only attractive, but also “excellent in bed,” as the saying goes. Looking at the whole picture, Cross River State has won the MBGN on two occasions and has represented Nigeria on three occasions at the international level.

Bayelsa State comes in match on our list of Nigeria’s top ten most attractive girls. The state is a pleasant surprise on our list. It is, nevertheless, well-deserved, given the achievements of the women of the 10,773-square-kilometer state.

Anna Banner, who won MBGN 2013, seems to be the most popular Bayelsa-born beauty queen. Besides from that, Bayelsa has produced three international ambassadors for Nigeria.

Edo girls are indeed theoretically and practically attractive. If you go to Benin and return empty-handed, you are both blind and infertile.

Ladies from Edo State, particularly Esan ladies, are noted for their beauty. Queen Celestine, who was named Nigeria’s Most Beautiful Girl in 2014, is from Edo State as well.

The prevalence of beautiful apples in the urban districts of Asaba, Agbor, and Auchi alone should be enough to put Delta state on the listing.

Delta State was responsible for producing two Miss Universe contestants for Nigeria in 2009 and 2006. In addition, the state has had several Miss Nigeria Pageantry Award winners.

Kano really does have the largest population of stunning Fulani women. Further than the veils, the state has some lovely women.

Our northern sisters abstain from participating in beauty pageants for religious reasons. Nonetheless, Kano State features some of the most attractive women in the country.

Nonetheless, we have a strong desire to also include them on our list. The reason for this is that it would be completely unjust not to include the Fulani females, who are universally regarded as naturally attractive.

Nigeria, without a doubt, offers a plethora of lovely faces that one would desire to see it every day. Indeed, there are attractive women in every corner of the country.

The beholder is the assessor of beauty. When the bulk of the putative beholders confess to a person’s beauty, nonetheless, providing a counter-opinion becomes extremely unusual. Indeed, topics like this have a high proclivity for generating heated disputes. To put it another way, opinions on Nigeria’s most beautiful girls are subjective.

This article only discussed the states with the highest concentration of gorgeous and appealing girls. These are by and large the areas where the most attractive women can be found in the country.