Its not surprising that the states that pays the highest salaries are mostly the richest states in Nigeria. This is because the economy of these states are booming, creating an atmosphere where businesses and other enterprise can thirve. Many individuals, particularly fresh grads, chose to work in certain states over others because of higher salary compensation. Several of Nigeria’s states and localities have grown heavily dominated by various business operations as a result of the country’s growing economic activities. As a result, the overall productivity of these locations have increased, resulting in greater compensation for the personnel and employees in these high paying states. The list of top 10 states in Nigeria with the highest employee salaries will be discussed in the following paragraph. 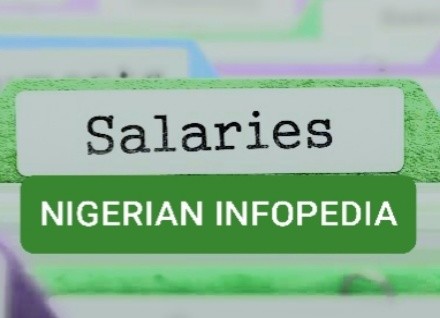 If you’re contemplating on the various options available for you to find work in Nigeria, then you should also be thinking about the salary aspect. Certainly, that’s what will intrigue you to a particular work. If you’re still short of where to start from, then this article is specially for you. In the following paragraphs, we will highlight the top ten states in the country that offers the highest salary to their workers.

Since Lagos State is Nigeria’s richest state, it is reassuring to know that it comes top in this list of states that give their workers the highest salaries. In Lagos state, there are a huge number of prominent government and commercial enterprises, including multinationals, that employ some of the country’s brightest individuals and pay them well. Companies range from leading banks and insurance firms to oil and pharmaceutical firms, and also FMCG firms and significant federal and state government parastatals, to name a few, are based in Lagos State. Moreover, Lagos, the country’s most populous state certainly understands how to overcome the odds.

The Federal Capital Territory, Abuja is coming up second in the rank of the states that has the highest salary structure in Nigeria. As such, this ranking also includes Abuja which happens to be one of the few Nigerian most attractive cities. Due to the fact that most government parastatals maintain their headquarters there, including the Central Bank of Nigeria (CBN), the Nigerian National Petroleum Corporation (NNPC), and several other prominent commercial and public firms, the City, as the Seat of Power, pays many of its employees very well. Because the level of life in this magnificently constructed metropolis is so great, expect employees at some of the major corporations to be paid exorbitantly.

Third in the rundown is Delta State. This southern state is host to several of Nigeria’s leading oil corporations, as well as one of the country’s largest oil refineries. Delta is a state worth bearing in mind in terms of its compensation scale in Nigeria today because of the various oil and gas firms that are located there, as well as the numerous federal and state government jobs that are available.

Kano state has been one of Nigeria’s main textile and rice producing states. The northern state is as well a crucial state in terms of manpower and agricultural resources. Kano state has thriving enterprises and companies, particularly in Kano City, the state capital, whereby people are paid well and the level of life is high. Various people go from all across the country to Kano State, which is home to many business operations in the northern region of the country.

It’s interesting to know that employees in Oyo State are paid exceptionally well. The state, notably its capital, Ibadan, is home to one of Nigeria’s leading academic institutions (University of Ibadan); it has a total of five universities and eight polytechnics, indicating that the educational sector employs the bulk of the state’s employees on a good wage scale.  Agriculture also ensures solid monthly salaries for those who choose to pursue a career in this field, and with Oyo state’s diversified economic activities, you can be sure that Oyo State workers are well compensated.

Port Harcourt, the seat of government of Rivers State, and the state as a whole are economically good. With nine oil and gas corporations in the state, including Shell and Chevron, it’s important that the staff will not only be earning, but also accumulating a lot for themselves and their family. Rivers State is the sixth Nigerian state to offer its workers large salaries.

Edo State follows in the list of states with highest salary for their workers. The State is known for its unique historical legacy, which draws visitors and international trade. Several workers employed in Edo State work in the entertainment, tourism, and hospitality industries, and they are compensated well for their work.

Bayelsa State, the same as most of its cohorts in the Niger Delta region and Nigeria’s South-South geopolitical zone, is a base for several oil corporations, and with high compensation for oil field workers. This coastal State ranks among the leading states in the country in regards of salary structure.

ALSO READ:  How To Apply For Tinted Permit in Nigeria: Requirements & Cost (2023)

Imo state is located in the conmercial South-eastern part of the country. The State is however a crude oil producer, with vast mineral resources including such lead, zinc, white clay, fine sand, limestone, and industrial quantities of natural gas. Furthermore, Imo State’s industrial and business institutions, services, manufacturing sector, building and construction, agricultural, and education sectors are all well-diversified.

The last on this rundown of the top ten states with the highest salary in Nigeria is Ogun state. This is a state relatively close to Lagos State, and thus the two states are incredibly homologous in relation to commercial operations which are unique to each. Going further, Ogun State is highly industrialized, attracting a large number of people in search of work. Ogun is also a leader in relative to the presence of institutions of higher learning, guaranteeing that a large number of individuals are engaged in the education field and are paid handsomely.

The ten states in Nigeria with the highest salary structures are listed and highlighted above. We believe you got some points from this information. This will be very helpful if you’re one of those that are seeking for a good job offer in the country. Certainly, being offered a good salary is a good way to start!