With over 371 tribes and over 520 languages, Nigeria is a nation with a lot of cultural diversity. Across all the states of the country, there are different population densities in all this states. In the course of this article, we are going to be looking at the states with the highest number of tribes in Nigeria. 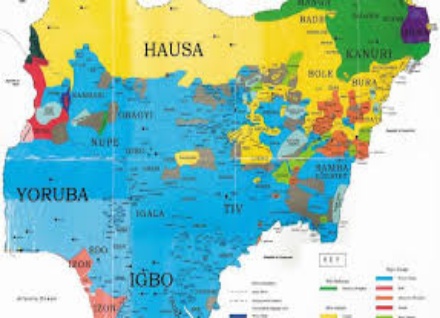 We would categorize them into tribes that are resident, and tribes that are from those states. This is because of some migration factors. In light of this, Igbos can be found in almost all the states of Nigeria

You will all agree with me that Nigeria is a very culturally diverse country. Taraba state on its own has over 30 tribes. With Lagos state being the most culturally diverse city in Africa, they boast of having the highest number of tribes resident with them. Lagos state at the time of writing this article has a dense population of over 45 million people. Around the early ’60s, they were just 2 million, Imagine that!

Without further ado, let’s look at the states with the highest number of tribes in Nigeria. Mind you, we would be excluding the FCT (Federal Capital Territory –Abuja).

Do you know what the word Kaduna means? Kaduna is so-called because of the river Kaduna. Etymologically Kaduna is derived from the word Kada, which means crocodile. There were a lot of crocodiles in the then river Kaduna. Well, that’s irrelevant so let’s stick to business.

Kaduna has a very large number of tribes in its state. So let’s take a dip into the full list of all tribes resident on Kaduna.

They are the largest state in Nigeria according to Wikipedia.  This wonderful state was named after the famous River niger. In a very comprehensive list format, let’s enjoy a list of the tribes in Niger state. Be ready to be amazed!

The following are the tribes that can be found in Niger state:

Taraba state has a lot of cultural diversity. I have always been opinionated to say that large tribal diversity would always resort to polytheist society. In the case of the Tarabans, that is not the case. Islam is the most prominent religion is this state. I would give it the fourth spot on my list because they second Niger state in having large tribes. Here is our hit-list of tribes that can be found in Taraba state below.

Tribes in Taraba state include the following;

A Brief Overview of Major Tribes in Nigeria

Whether fiction or non-fiction, Nigeria is the giant of Africa. We have a lot of cultural diversity in our country. As a plus in this article, I would be doing a brief overview of the five main tribes in Nigeria.

They are the biggest and strongest tribe in Nigeria. They are virtually everywhere in the country. In politics, education sports etc. This Nigerian tribe has a very homogenized culture. They boast of a populace of over 75 million people. It would also be important to note that the main religion of this group is Islam. Hausa make up 25% of the Nigerian populace.

Yoruba’s can be found scattered across Africa and the world. You can see them in countries like Benin, Ivory Coast, and Togo. The can be found geographically in southwestern Nigeria.  Yorubas are a very cultural diverse tribal group in Nigeria.  These sublime people have a lot of big names and accomplishments in areas like arts, festivities, and many other things. They don’t only practice Christianity; they have a Muslim minority that has been growing of late. Not forgetting the African traditional religion, this is very integral to their culture. Finally, they are one of the most educated tribes in Nigeria.

The Igbo can be geographically spotted in the southeastern region. They have a unique culture and philosophical belief systems. They are one of the largest tribes in Nigeria. They are known for being very industrious, artistic, and philanthropic.

You would agree with me that the first impression you would get if you met an Ibo man was a commercial font. They have a very gross entrepreneurial life. Ibos are also politically inclined as being witty and smart comes and appeals to them in reflex.

Do you know the largest nomadic people in the world? Well, the Fulani are! These wonderful Nomads live almost everywhere in Africa. They solely rely on cattle rearing to survive. The Fulani tribe language is also very widely spoken in Africa. Other names that they are known by are Fulbe and peul. The Fulani language is known as Fula.

It is not easy for a nation to have 371 tribes and 520 languages and still remain stable. If you look at Europe, every minimalist cultural difference resorts to division. Look at South Korea and north Korea, and even some recently divided European states. No matter what we are going through in Nigeria, it is not easy to stay as a whole since 1960.