Sharia law is the legal system of Islam. It is derived from both the Qur’an, Islam’s holy book, and fatwas, or rulings on Islamic law issued by religious leaders. Sharia covers all aspects of life, including crime, politics and economics. The official name for sharia courts in Nigeria is “the Sharia Court of Appeals” which is dully recognized as a federal court of appeals under the Nigerian government and is the most controversial of the judicial system. 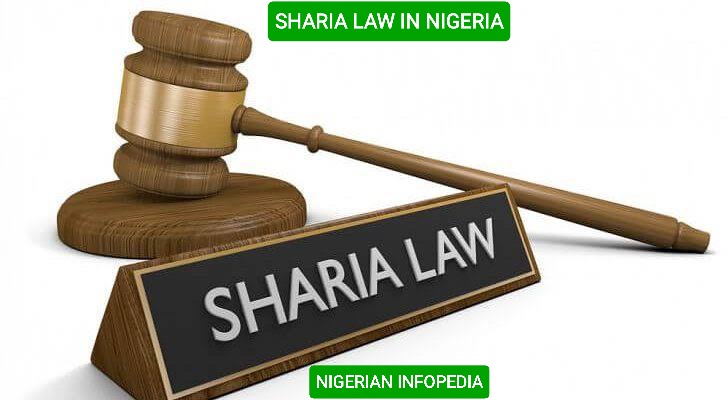 Muslims believe the Sharia is holy because it was revealed by Allah. Many Islamic legal experts sought to interpret and adapt the Islamic law throughout the seventh century, when Muhammad died, and through the tenth century as the Muslim Empire grew.

HISTORY OF ISLAMIC/SHARIA LAW IN NIGERIA

Nigeria, the most populous black country in the world with 180 million citizens is also one of the most Islamized countries on earth. Islam came to Nigeria before the prophet Muhammad was even born through Arab traders that spread Islam along West Africa’s coastal plantation belt during the 9th century A.D. After Islam entered Nigeria, it gradually spread inland by force and was assimilated into traditional African mores rather than being rejected outright.

The origin of Islamic law in Nigeria began in 1999, when then-Zamfara State governor Ahmad Sani Yerima began the movement for Sharia at the state level of government in Nigeria, it has been established as a major component of both civil and criminal law in twelve Muslim-majority states in northern Nigeria.

That same year, twelve Northern states had a “declaration of full Sharia law,” and state governments established Islamic legal organizations such as the Sharia Commission, Zakat Commission, and Hisbah (Islamic police), which are responsible for promoting Islamic virtue while discouraging vice using the tenets of the Islamic tradition.

The enforcement agencies in the Islamic system are known as Alkalis, and Hisbah is the name of the Islamic police who arrest Sharia offenders. Both Islamic and secular laws are studied by Alkalis. Sharia law has also been controversial in much of the Western world, as proponents believe it should be adopted for all citizens and critics believe it goes against human rights and religious freedom.

What are the Nigerian states where Sharia law applies? There are twelve (12) northern states that adopted Islamic/Sharia law as their primary mode of criminal justice in Nigeria. These states include:

THE LEGAL NATURE OF SHARIA COURTS IN NIGERIA

Sharia’s application in modern, secular nations has sparked debate worldwide between fundamentalist traditionalists and progressives as to its legality in the country. Some claim that the Sharia, practiced in the northern region of Nigeria, runs counter to the country’s constitution as regards to religious freedom.

Unfortunately, the Sharia Court of Appeals is dully recognized as a federal appeals court by the Nigerian government.  Its jurisdiction involves only cases concerning Sharia law, only in areas where it is permissible. The courts that interpret and review cases based on Islamic law, as well as the common and customary laws of other parts of Nigeria, must also apply non-Muslim norms to its rulings. In Nigeria today, Sharia has been characterized as a unique and global legal system.

We shall look at some of the controversies about this Islamic practice.

The introduction of Sharia law has been criticized by some as violating Nigeria’s constitution stipulating for religious tolerance, according to which no religion is favoured or preferred above one another. There have been numerous revolts over the enforcement of Sharia, particularly in non-Muslim minorities living in states that implemented it.

Sharia law is a controversial topic in Nigeria, with 12 different northern states choosing to adopt different versions of the law. While some see it as a way to bring order to society, others see it as oppressive and limiting for women and minorities. Despite the controversies, sharia law remains an important part of Islamic culture and will likely continue to be debated for years to come. It is important to understand how this complex legal system works as well as the implications it has on Nigerian citizens. Have you ever been to a country that practices sharia law? What was your experience? What’s your take on the 12 northern states where Sharia is practiced in Nigeria today? Let’s know in the comment section below.