A state may be defined as a politically organized body of people occupying a definite geographical territory with an organized government, free from external control, and with power to enforce and regulate the conduct of its people. 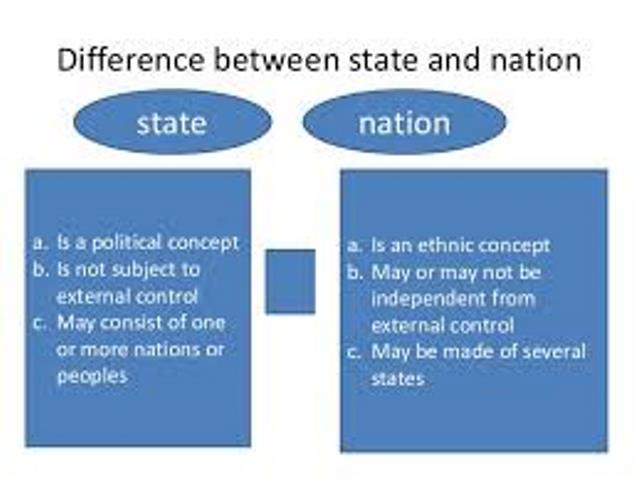 Characteristics of the State

1. Population: For a state to exist, it must have a number of permanently resident people, defined as citizens, while there are other residents not regarded as citizens but called aliens or foreigners. the number of people that can make up a state (population) has no limit.

2. Territory: A state must occupy a definite territory which separates it from other neighboring states.

3. Government: Every state has a machinery referred to as government, that makes laws and enforces such laws for the purpose of regulating the conduct of its people.

4. Sovereignty: A state must be sovereign, i.e. it must have supreme power over its own affairs, and make and enforce laws free from external control.

5. Nationalism: A citizen of a state should be loyal by way of attachment to, and identification with the aspirations and hopes of the state. A citizen should also love the state always.

6. Recognition: A state must be recognized by other states.

Difference Between A State and A Nation

The distinction between a state and a nation includes:

Difference Between State, Government and Other Societies