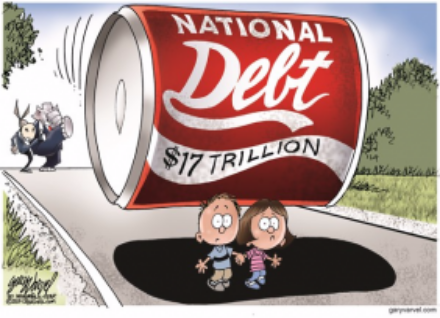 When a government plans a deficit budget, it resorts to borrowing in order to finance it.

Government may decide to borrow when its total income earned over a period of time falls below expectation.

3. To Finance A Huge Capital Project

Government of a country borrows in order to finance a huge capital project which the recurrent expenditure cannot finance.

There may be a need for government to borrow in a war period in order to procure materials with which to go to war.

Government sometimes borrows to enable it pay interest loans it obtained and to repaid debts that are due which is called funding operation. This is a process whereby a short-term debt is converted into a long-term debt.

Provision of employment opportunities may drive government of a country to borrow either from local or foreign sources.

Loans may be obtained by government in order to combat natural disasters such as flood, drought, outbreak of diseases, etc.

Many nations especially developing ones who suffer from deficit balance of payments borrow from IMF which is one of the aims for establishing the institution.