Sola Sobowale is a popular Nollywood actress, also known as Toyin Tomato. She is among the influential Youba actresses that have a successful career till date. 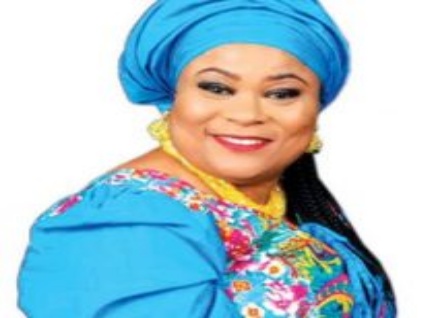 She is very good in the interpretation of movie roles and she can so fit in any kind of role in a film.

Born on the 26th of November 1965, Sola Sobowale hails from Ondo State in the south-western region in Nigeria. She is a scriptwriter, a producer, and director of Nollywood movies. As of writing this post, she is currently in her fifties. She is a very upright, successful, brilliant, gifted, beautiful, skilful, creative and a talented woman.

Currently, Sola Sobowale is married to Oludotun Sobowale and the marriage is blessed with ﬁve wonderful kids. She no longer acts like she used to and she is up state enjoying life with her family, where she is performing the role of a good wife to her husband and a good mother to her kids.

Sola Sobowale started acting around 1992 and became part of the Nigerian movie industry, Nollywood, as part of the Awada Kerkeri Group under the leadership of Adebayo Salami.

Through the years, she had written, scripted, co-scripted (scripted with other people), produced and directed several Nigerian movies.

As at 2010, Sola produced, directed and scripted a popular movie “Ohun Oko a 2010 Nigerian movie, it had popular actor Adebayo Salami.

As at 2004, she was in a Nigerian popular movie titled “Dangerous Twins” produced by Mr Tade Ogidan, then written and directed by Niji Akanni.

In 2011, she was also in one popular Nollywood movie titled “Family on Fire” a movie produced and directed by Tade Ogidan.

As at 2009, Sola Sobowale acted/ featured in a movie titled “Disoriented Generation”, a very interesting and popular movie.

In 2018, she featured in the popular movie “King of Boys”.
She acts both English and Yoruba movies, and she keeps it 100% real, that is why most people are her biggest fan.

In the cause of Sola Sobowale’s wonderful and thoughtful acting career, she has won several awards and has been nimonated in several award events including: Most promising actress in Nigeria at the City People Entertainment Awards and Best actress in a supporting role at the Africa Magic Viewers Choice Awards.

Sola Sobowale is one of the richest Yoruba actresses in Nigeria. Her net worth is estimated at $450,000 in dollars.