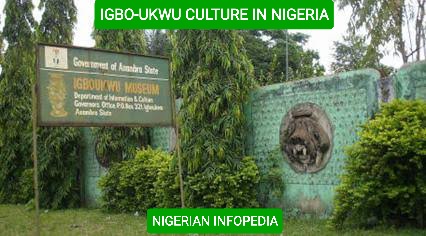 SIGNIFICANCE OF THE IGBO-UKWU ANTIQUES TO THE NIGERIA’S HISTORY

The historical significance of Igbo-Ukwu artifacts is discussed below:

DEPICTS THAT THE IGBOS WERE AFFLUENT

The Igbo were prosperous, as evidenced by these discoveries. It also showed that they were involved in both internal and international trade. These served as another evidence of the Igbo-Ukwu people’s affluence, who were accomplished metalworkers as early as the ninth century. A leopard painting, one of the other objects discovered at the Igbo-Ukwu archaeological sites, may be meaningful. The Igbo-Ukwu people are the ancestors of the modern Igbo people.

The Igbo-Ukwu ethnic group produced the first coppersmiths. These people were among the first in West Africa to use lost-wax casting techniques to produce bronze statues. These findings at the three archaeological sites show that the ancient Igbo-Ukwu community of Nigerians had an economy based on agriculture and trade with other Africans.

There are many examples of ancient Igbo-Ukwu visual art still in existence. It also illustrates the craftiness of the Igbo-Ukwu people. The Igbo-Ukwu artists reflected deep meaning in their paintings. When creating and adorning their work of art, they paid special attention to the little things.

The double egg pendant, which was found among the jewelry in archaeological sites, had two eggs with a bird sitting on top, both facing downward. Additionally, tiny insects have been added to the surface of the egg pictures. Some thinkers believed that the double egg pendant picture symbolized fertility and generative force.

SHOWS THAT IGBO LAND IS A CENTER FOR ANCIENT TECHNOLOGY

There is proof that prehistoric Nigerians employed their indigenous technologies thanks to the Igbo-Ukwu culture ancient monuments. They produced tools and equipment for a variety of uses, such as farming, hunting, and other ones, using metals and iron. Ancient Nigerians had the skills necessary to create their own weapons.

The historical significance of the Igbo-Ukwu culture in Nigeria also shows that they had a dependable lifestyle and were prosperous years before the advent of the colonial administration. The propagation of the culture and traditions of the Nigerian people to the outside world was aided by bronze artifacts discovered in numerous archaeological sites. This is as a result of their storage in the British Museum.

Three archaeological sites prominently feature Igbo-Ukwu. Bronze artifacts from these areas, some dating back as long as the ninth century AD, were created using exquisite bronze metalworking technology. Before other regions began using bronze, all of these things took place in Igbo-Ukwu.

Igbo Isaiah is the name of the first site where Igbo-Ukwu artifacts were found. Thursan Shaw, an archaeologist, gave it a name and later found two further sites. He gave the first place its name in honor of Chief Isaiah Anozie, a farmer who was the first to find the bronze works in his complex in 1938.

Isaiah found five metal artifacts in this very first spot. These artifacts, which Chief Isaiah Anozie first discovered, are now on display at the British museum. All of this evidence demonstrates that the Igbo-Ukwu people had a developed religious structure even before colonial domination.

THE SECOND AND THIRD DISCOVERY OF IGBO-UKWU ANTIQUES

The Anozie family compound was the subject of a 1959 request from the Nigerian government for an archaeological dig. Archaeologist Thurstan Shaw conducted this dig, as was previously mentioned. He later found two more spots with bronze artifacts that resembled the originals first found by Chief Isaiah Anozie.

The second and third places were designated Igbo Richard and Igbo Jonah, correspondingly. He gave the locations the Anozie brothers’ names. Following the dig, artifacts were discovered, including ceramics, jewelry, numerous bronze, iron, and copper objects, in addition to the bones of an elite wearing metal regalia. Along with garments and elephant tusks, he also discovered a variety of glass beads. It was clear that Igbo Isaiah served as a cemetery.

WHY ARE THE IGBO-UKWU PEOPLE ARE SO SPECIAL?

Beginning in the 9th century, the Igbo-Ukwu had a robust metalworking tradition. This particular day, however, is still debatable. At three different locations, a large number of ritual items and regalia made of bronze or bronze with lead have been found. These bronzes are among the most imaginative and technically challenging ever produced.

The ancestors of the Igbo people of today are the Igbo-Ukwu. They were the very first blacksmiths in West Africa to use hammers, bending, twisting, and incising to shape copper and its alloys. They were possibly one of the earliest ethnic groups in West Africa to produce bronze statues using lost-wax casting techniques.

Surprisingly, it seems that Igbo smiths possessed a limited range of metalworking abilities. The fact that elevating, soldering, riveting, and wire manufacturing techniques were used elsewhere on the continent was also unknown to them. Nevertheless, these spellcasters were very skilled. In stages, several castings were produced. These were all found in Igbo-Ukwu. After that, a middle band was cast and utilized to attach the vessel’s two halves together.

At Igbo-Ukwu, numerous other bronze artifacts, such as pendants, crowns and breastplates, staff decorations, swords, and fly-whisk handles, have been found. Along with this, there are numerous ritual jars whose patterns resemble gourd vessels that have had metal handles affixed.

Along with these sculptures, hundreds of beads that were obtained through trade for slaves, ivory, or spices were also uncovered. Igbo-Ukwu bronzeworking was a unique occurrence at the time. But it took several centuries for other parts of Nigeria to develop metal casting.