Have you ever wondered who owns Nairaland, a forum which was ranked by Forbes as the most visited website in Africa in 2015. Have you also seen the picture of the owner of Nairaland.com, his age, biography, net worth and even contact details. You will learn all that in this article. 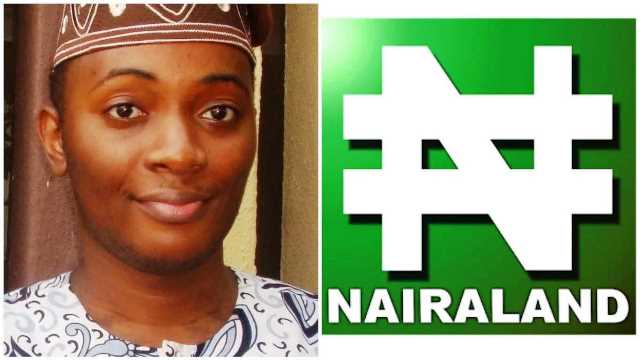 The full name of the founder and owner of Nairaland is Oluwaseun Osewa. Born 17th February, 1982. Seun is a young programmer and business man who hails from Sango Ota in Ogun State, Nigeria. Growing up, he took keen interest in programming and the internet. He was a student of the prestigious University of Ile-Ife, where he enrolled to study electrical engineering in 1998. It was said that he dropped out and faced his programming dream which made him who he is today.

By 2003, he ventured into web-hosting internet business which didn’t go to well. After three months, the business died as he didn’t have enough capital to carry on. He was lucky to find a regular job but could not cope after tasting creative freedom. He kept on researching on the internet for two years until he decided to open an online web forum using python programming.

Although he had no capital, a family friend helped to fund his internet access and also his VPS hosting package of $15 per month. Seun created 3 forums in February 2003 (one for higher institution students, one for IT discussions, and one to cover the emerging GSM industry; the Mobile Nigeria Forum at MobileNigeria.com). He had help from people like Mr John Sagai Adams and Mr. Yomi Adegoye to make the mobile forum a success.

How Nairaland Forum Started and The Year It was created

When Seun noticed that mobilenigeria.com was gathering much traffic and that the focus of the site was narrowed to telecommunications, he decided to create Nairaland, a forum that would cater and cover topics outside telecoms, like romance, jokes, politics, and other categories.

During those days prior to when he started, most Nigerian sites were owned and dominated by Nigerians in the United States and United Kingdom. They only covered issues of interests to Nigerians abroad. There was no much competition for Nairaland Forum as he surpassed the likes of other forums like Naijaryders and Talknaija. He felt that such a forum could attract enough traffic and make money from Google adverts.

Oluwaseun Osewa plan was to make up to sixty thousand monthly but with the kind of traffic the site gathered, he made more than that. As the site grew, Seun had to battle with spammers who were flooding the site. Seun got help from moderators in updating the forum’s front page from the likes of Mukina2 a female mod who has been working with him since 2007 and others.

Google banned Nairaland from their ad network in 2012 due to the fact that it contained many sexual topics. This made Seun sell his own ads space on the forum. It is a known fact that Nairaland earns millions in a month than when it had Google adverts. By 2013, Forbes listed Seun among the best African successful entrepreneurs under 30.

How Much Does Nairaland Forum Worth?

When Nairaland used Google ads, Seun was said to be earning as much as N6 million per month but after 2014, he started selling those ads space which fetched him about N4 to N5 million monthly. This is still unconfirmed. In 2011, a company approached Seun to buy Nairaland.com for $1 million which was N155 million but he refused. Nairaland is worth $5,604,264.32 currently according to hypestat.com this 2023.

As rich as Seun is, one would expect he would dine with the likes of Linda Ikeji, another top blogger in Nigeria who lives in a huge mansion in Banana island Lagos. He currently lives in his hometown in Ogun state. It is said that he does not like fame and power, he doesn’t even appear like a celebrity even as he owns the largest African online forum under his watch.

Most people ask whether Seun is a Christian due to his gentle look. According to Wikipedia, he was once a christian but now an Atheist. He is not married and has been nominated for series of awards.