Salisu Ibrahim Buhari was the sixth Speaker of the Nigerian House of Representatives. He headed the lower chamber for the short period of one year between 1999 and 2000. 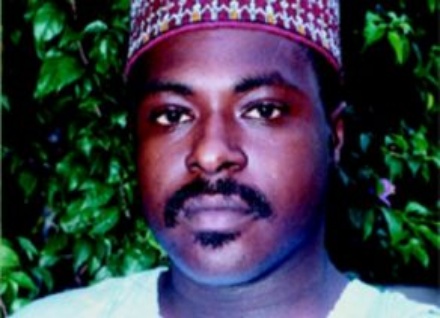 According to a publication in his praise in an article on page 7 of The Guardian in November 1999, by one Amadi, Ibrahim Salisu Buhari had become an accountant by profession and then did his National Youth Service Corp with Standard Construction, the indigenous company that built the NPA Ship House in Abuja.

Before he was appointed as the Speaker, the former legislator was already mired in a little bit of controversy about whether or not he partook in the mandatory one-year National Youth Service. But he scaled through that and became the Speaker of the House of Representatives, only for him to meet with an insurmountable one. One that would get him kicked out of the National Assembly.

In his bio-data made available to the electoral commission, Salisu Buhari had claimed that he was 36 years old and had obtained a Bachelor of Science in Business Administration from the University of Toronto, Canada in 1990; and also a diploma in Accountancy from Ahmadu Bello university, Zaria, in 1988. He also claimed that he had served in the National Youth Service Corps in 1991.

ALSO READ:  The Evolution Of Casinos Over Time

A group called the “Network For Democracy” decided to investigate these claims based on suspicions that it had. They found that:

– Ibrahim Salisu Buhari was actually born in 1970 placing his age at that time at 29 years old not 36 years.

– That he was admitted to Ahmadu Bello University, Zaria, but was withdrawn because he falsified his credentials.

– That he was at no time a student of the University of Toronto in Canada nor did he obtain a degree in Business Administration.

These findings not only made the legislator out to be a blatant liar, they meant that according to the 1999 Constitution of the Federal Republic of Nigeria, Buhari was ab initio unqualified for the election to become a member of the House of the Representatives.

What made his downfall worse was the fact that Buhari tried horribly to conceal the truth by putting out advertorials insisting on his age and academic qualifications.

After an intensive investigation commissioned to the NSA by the Presidency which yielded the same findings that he was lying, the Speaker weepingly resigned.

ALSO READ:  How To Become A Motivational Speaker in Nigeria (2022)

And he got his second chance 14 years later in 2013 when he got appointed as a member of the governing council of University of Nigeria by the Nigerian government. This was during the immediate past administration of Goodluck Jonathan.

Naturally, this was attended by a lot of criticism. Reuben Abati tried to justify the move on the grounds that Salisu Buhari had already been pardoned by former President Olusegun Obasanjo after he had apologised to his colleagues on the floor of the House of Representatives.

“Salisu has brought these comments and they are very controversial. People are saying that he was convicted for forgery and perjury under the Obasanjo’s administration. If you recall after that conviction, he not only apologised on the floor of the House of Representatives, the administration at the time subsequently granted him pardon.

“Pardon means you can no longer be punished for whatever offense you have committed. It means that your rights have been restored and you can again legitimately act for the society. The pardon says you can’t be shut out of the society. If you have opportunity again to serve your country, of course, you can be asked to be part of the process.”

As far as we know, the youngest Speaker of the House of Representatives has been quietly serving on the governing council since then.