This post highlights the various salary structures in Nigeria in 2022 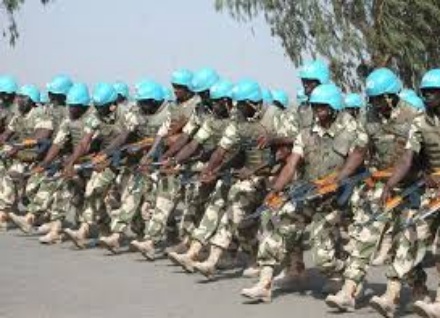 Two people at the same level working in different government agencies will receive different salary. What is this cause of this? The salary structure!

Theach various scales is been taken care of by the National Salaries Incomes and Wages Commission (NSIWC).

This Commission was established in 1993 to among other things, determine a realistic compensation system in the Nigerian economy. One of their functions is to take care of annual reviews of wages and salaries in the Public Service.

This stands for Consolidated Top Federal Public Office Holders Salary Structure (CONTOPSAL). This salary structure is for top government officials from either the federal level or the state level are placed. This was developed in 2007 and it is still used up to this day.

This stands for Consolidated Judicial Salary Structure. It is the salary structure where all judicial employees under the Federal Government are placed.

CONHESS (Consolidated Health Salary Structure) was adopted for use as salary structure for various health workers like nurses, medical laboratories workers, pharmacists and the likes, who are working under the employment of the federal government in any federal government owned health institutions.

CONTISS II is the acronym for Consolidated Tertiary Institutions Salary Structure II. This is the salary structure that all non-academic staff members of Federal universities are placed. The first one (CONTISS I) was formulated in 2007. However, it was abandoned and CONTISS II was adapted in 2009. This one is the one in use today.

CONPASS is the short form of Consolidated Paramilitary Salary Structure. As the name implies, this salary scale determines how much money is made as payments for officers of Nigeria’s Paramilitary security agencies. The Nigerian Police, Civil Defence Corps, Immigrations etc, are all under this salary scale.

CONAFSS full meaning is Consolidated Armed Forces Salary Structure. Adopted in 2007, this type of salary structure in Nigeria confirms how much Nigeria’s military personnel are paid on a month basis. This applies to officers of the Nigerian Army, Navy and Air force.

ALSO READ:  How To Export Palm Oil From Nigeria: A Detailed Guide (2022)