Who is Ruth Adekola?

Ruth Adekola is the wife of the popular Yoruba movie actor, Odunlade Adekola. Despite her husband’s fame, Ruth remains anonymous to many Nigerians. 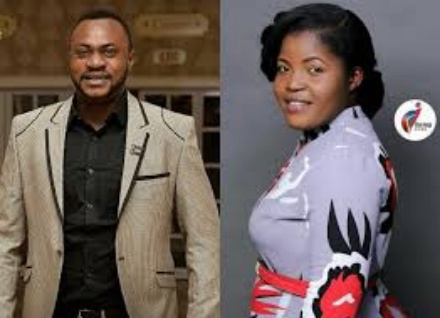 Biography and how she met her husband

Born on the 2nd of February in Ekiti state, Ruth had her primary and secondary school in the southwestern state.

After graduating from secondary school, Ruth proceeded to tertiary level where she got admitted to Moshood Abiola Polytechnic in Abeokuta, the same school attended by her husband while growing up.

After graduating from the School, Ruth Abosede became due for marriage. According to her, there were lots of suitors coming her way but her spirit didn’t choose any of them.

As a devoted Christian who never joke with church services, Ruth luckily came across Odunlade at a vigil program in CAC (Christ Apostolic Church) located in Abeokuta, Ogun state, 22 years ago.

At first, Ruth was very hostile towards the actor having known what he does for living. Though she doesn’t ignore Odun’s friendship request, She isn’t just convince that she has a future with him.

After prayers and consultation from her pastor, Ruth began to see some signs that Odunlade will be a good husband.

Odunlade Adekola and Ruth Abosede started going out on a friendship date, promoted to courtship and finally, Odunlade proposed to her which she eagerly said “YES!”

As a wife of a celebrity, you would expect that she must endure some marital issues emanating from the press concerning her husband’s relationship with his other colleagues i.e actors, especially female actors.

One of the controversial rumors  over Ruth’s husband which circulated across the country is that Odunlade is having a secret affair with Kemi Afolabi, who is a regular actress in many of his movies.

Speaking to the Media while reacting to the rumor, Ruth debunked the rumor, saying that she trust her husband.

Ruth confirmed to newsmen that she always see rumors concerning her husband but she always stay calm, she asked her husband about the rumors and she totally believes whatever she hears from him.

What Odunlade Adekola thinks of his wife

Odunlade Adekola is a man that adores his wife. According to him, Ruth is an understanding woman, she advises and supports him always. No wonder their family has been a wonderful one since they got married due to Ruth’s understanding and sense of good home-keeping.

She also doesn’t keep much friends because of their influence on most marriages. As the saying goes, ‘Behind a sucessful woman, there is a caring woman’ Ruth is the woman behind the most popular Yourba actor, Odunlade Adekola.