Rural-Urban Migration is the movement of people from the countryside or villages to cities or towns. Rural-urban migration is a reaction to some of the prevailing conditions in the rural areas. The propensity to migrate from the rural areas to urban areas is presently high in West Africa, as a result of multifarious reasons. 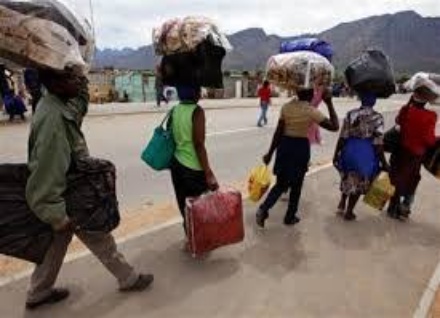 2. Availability of Recreational Facilities in the Urban Areas

The need for higher education make many people to migrate to urban areas where majority of our higher institutions like universities, polytechnics and colleges of education are located.

Many people move to urban areas for meaningful employment opportunities that they might not have access to in rural areas.

Newly married ladies whose husbands are in urban areas leave their base in order to go and live with their husbands.

Those in the rural areas who have business intentions move to urban areas where the business action is.

Natural disasters like outbreak of diseases, erosion, earthquake etc, may push people away from rural areas to cities.

If one is kept at arms length by members of his community for any reason, one of the options left to that person is to migrate to urban areas that is made up of people from different areas.

A person may move from rural area to urban area considered as a point of political activities, in order to participate fully in politics.

The urban areas become densely populated at the expense of rural areas.

Many urban areas are today congested as a result of mass movement of rural residents into them.

More people are now chasing the few houses in urban areas which leads to increase in rents.

Many unemployed people who moved away from the rural areas to cities with the hope of getting employment take to crime when their hopes are dashed in order to keep body and soul together.

The able-bodied people move to urban areas leaving children and the aged behind in the rural areas to practise agriculture.

7. Increase in Price of Goods

The presence of many people, especially the unproductive, unemployed in the cities, low agricultural productivity, etc, are some of the contributory factors to increase in price of goods.

Political violence is higher in urban areas because of the presence of many unemployed youths from rural areas who constitute ready tools used by the politicians in achieving their atrocious and selfish political aims.

How to Solve the Problem of Rural-Urban Migration

The availability of social amenities in rural areas will discourage many people from migrating to urban areas.

2. Establishment of Industries in Rural Areas

This will provide jobs to rural residents and discourage them from leaving to cities in search of jobs.

If recreational facilities like stadia, swimming pools, cinemas, amusement parks etc, are made available in rural areas, they will reduce the propensity of our youths to move to urban areas.

4. Establishment of Higher Institutions In the Rural Areas

This will discourage rural-urban migration in the quest for higher education which can now be obtained in the rural areas.

If this is done, agriculture will be more attractive and many school leavers will take it as their occupation and stay in the rural areas instead of migrating to urban areas in search of white-collar jobs that are scarce.