Home Government Rule of Law in Nigeria: Principles and Limitations

The principle of the rule of law arose from the proposition by professor Dicey in his book titled “Introduction to the law of the constitution in 1885”. He wrote that the administrators of a country should rule or exercise their authority in accordance with the established laws of the land, and such established laws should be regarded as supreme. 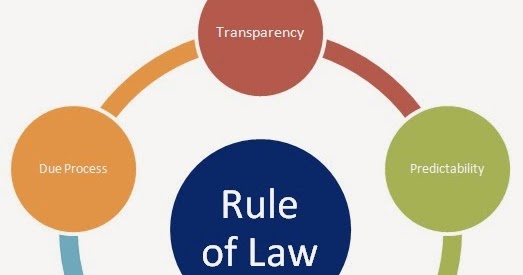 This means that the law should be supreme to both the government and the governed.

Main Features/Principles of the Rule of Law

Limitations To The Rule of Law

The concept of rule of law is limited in the area of application because of the following:

Factors that Can Ensure The Operation of the Rule Of Law

1. The judiciary must be free from the control of the ruling government. For instance, the executive should not be allowed to appoint judges into the law courts. Rather, a body such as the judicial service commission should be empowered to appoint judges. This would help to maintain judicial independence and neutrality.

2. The remuneration of judges should be free from executive control. Judges should also be paid adequate salaries and allowances to attract and retain the right caliber of people at the bench.

4. The citizens must understand their right and be prepared to defend them.

5. Adequate publicity should be given to the law to enable the citizens to know their right and limitations.

6. The fundamental human right of citizens must be entrenched in the constitution to safeguard the liberties of the citizenry.

7. The mass media should be allowed to assess and criticize public policies and programmes, to enable them to protect the interest of the citizens.

8. The principle of separation of powers should be followed to avoid conflict between the major arms of government, and possibly check the excesses of each arm. The checks and balances inherent in the principle would not help to eliminate the emergence of authoritarian and tyrannical rule.

9. Trial of suspects must not be secretly conducted, but in public where they could be represented by defence lawyers of their choice and justice would not be done, but seen to have been done.