Biography of Rochas Okorocha, Net worth

The man, Owelle Rochas Anayo Okorocha (OON) was born on May 22, 1962 in Ogboko, Ideato South Local Government Area of Imo State. Coming from a humble beginning, he rose from grace to grace. Rochas Okorocha parents were poor. Hence, he began the struggle for survival with hawking of groceries in Barkin Ladi, Jos and rose to become a proprietor of a commercial school. 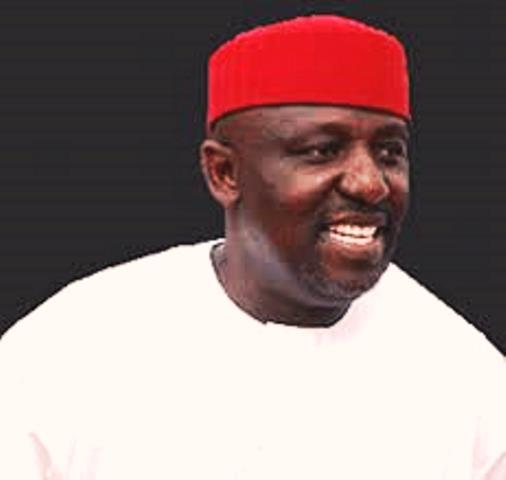 In 1976, Rochas Okorocha started his secondary education amidst a life of privation, by the 1990s, Rochas was fully into public service. But he did not put aside academic life, and so combined both activities. His academic strife was quite rewarding as he was today adorned with quite a number of academic laurels among which are LLL.B and LL.M from university of Jos. Advanced Diploma in Public Administration, Diploma in Law and conflict management and PGD in management.

As a passionate humanitarian, Rochas is the president of the Nigerian Red Cross Society which is now waxing stronger than when he met it. Yet unsatisfied with his input to humanitarian work through his work at the Nigerian Red Cross Society, Rochas took a dive into politics at both state and national levels, so as to touch the lives of a greater percentage of Nigerians. In 1999, he represented Ideato South and North Federal Constituency were he served as the Federal Commissioner representing Imo State in the Federal Character Commission, and also won the position of the chairman of the Youth wing of Peoples’ Democratic Party (PDP) in the same year; 1999.

In the same year (1999), Senator Rochas contested the gubernatorial election in Imo State but could emerge as the governor which he purportedly won but was denied the right to emerge due to the monster of god-fatherism prevalent in the Nigerian Politics. He further went on to contest for the ultimate position in Nigerian under the platform of All Nigerians Peoples Party (ANPP) in the presidential bid of 2003. Gaining the reputation as very stiff contenders for the 2003 presidential contestants, Rochas was later called upon and appointed the special adviser to the president on inter-party affairs.

As a naturally born revivalist, Rochas Founded a new political party known as Action Alliance, with the mission to ouster the old order and forge a new road map for a positive future: A Dream-Nigeria!

By 2007, Rochas Okorocha has built a strong political awareness for himself which instigated his move to run again for the presidential position in the 2007 general election under PDP. To prove his popularity, he came second in the PDP’s primary election after Umaru Musa Yar’Adua. Dissatisfied with the way things are done in PDP both at the state and national levels.

Mostly dissatisfied with the way things are done in PDP, Imo State, Rochas decided to join All Progressive Grand Alliance (APGA) in the build-up to the 2011 general election. He was picked to gun for the gubernatorial contest by APGA for Imo State governorship position. And with a landslide victory over his competitors, Owelle Rochas Anayo Okorocha emerged as the undisputed governor of Imo State and was sworn in on May 29, 2011.

Rochas, after finishing his tenure as a two time governor of Imo state, contested for a senatorial seat at the National Assembly in which he won. He currently represents the good people of Imo west senatorial zone.

Senator Rochas Okorocha net worth is said to be estimated at $1.4 billion dollars by Forbes, which sees him rank among the richest senators in Nigeria this 2022