One of the things money and wealth does not know is gender. Regardless if someone is a male or female, if he/she works his/her way toward getting rich, he/she definitely will if God permits. However, the male folks are usually the richest in most communities.

This is probably because they are more into the more rewarding economic activities in the community.

In cases where women are given a ground, they also come out successful like their male counterparts.

Such, is the case of some wealthy business women in the country whom have been discovered to the be among the richest women in Nigeria due to their influence on the economy of the country at large. 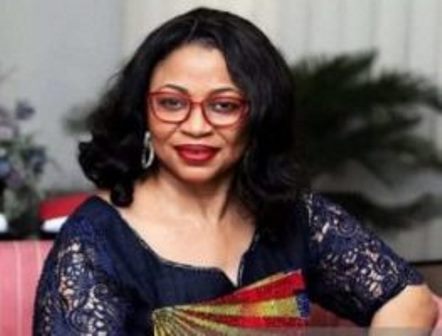 Folorunso Alakija is a Nigerian businesswoman that was born in Lagos and still reside there. She is ranked by Forbes as the richest woman in Nigeria with an estimated net worth of $1 billion.

In 2014, Alakija temporarily unseated Oprah Winfrey as the richest woman from African in the world.

Folorunsho has a foundation called the Rose of Sharon Foundation that helps widows and orphans by empowering them through scholarships and business grants.

Folorunsho Alakija cars are much and very expensive. Considering what bought for her children, four identical Mercedes-Benz G wagon, she showed her class as Nigeria’s wealthiest woman. She also owns a Mercedes-Benz S Class that is customised. This vehicle costs ₦20 million. 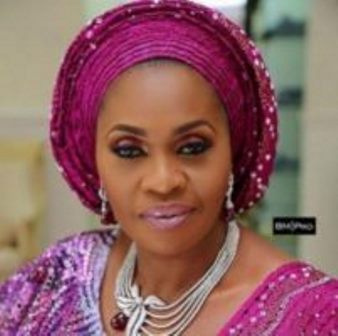 Bola Shagaya, a graduate from Ahmadu Bello University Zaria and Armstrong College in California is a Business Magnate.

She started her career with the audit department of the Central Bank of Nigeria before venturing into commercial activities in 1983.

She is currently on the board of Unity Bank plc for over eight years.

Hajia Bola Shagaya is also the managing director of Practoil Limited, one of the largest importers and distributors of base oil in Nigeria.

She is also a member of the recently inaugurated Nepad Business Group – Nigeria.

Hajia Bola Shagaya is a patron of the Fashion Designers Association of Nigeria (FADAN), and a fashion and art enthusiast who supports and encourages the fashion and art industry.

Bola Shagaya cars are also exquisite and costly. One of her luxurious cars, which is a Rolls-Royce Phantom and a Rolls-Royce Ghost worth over ₦90 million. She is on the list of wealthy Nigerians driving a Rolls-Royce today. 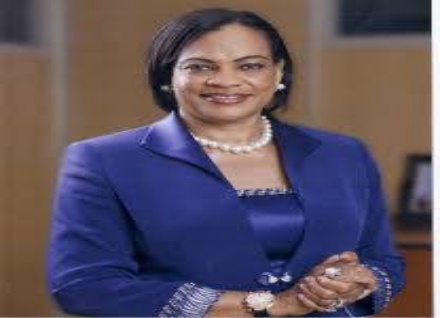 Daisy Danjuma is another successful woman in Nigeria worth mentioning. She is a lawyer and a politician and currently occupies the list as Nigeria’s 3rd richest business woman with a net worth estimated at $900 million in terms of assets and wealth.

Over the years, Daisy Danjuma has occupied various high slated positions. In fact, she began her career as in the Ministry of Justice in Lagos State, as a state counsel. She also worked as a legal adviser for most top banks in Nigeria. Danjuma was even appointed as the Head of the legal department of the Nigerian Television Authority.

One thing that makes Daisy Danjuma stand out was her successful law career in which she won many high profile cases. It was these legal battles that she earned money which grew her net worth.

She also excelled well in the oil and gas industry, as Daisy Danjuma was the Chairman of a top petroleum company, South Atlantic Petroleum (SAPETRO). She maintained this position for four years and ventured into politics in 2003. She was elected a senator in the Nigerian Senate. Daisy spare-headed many committees for the betterment of women in the country.

Daisy Danjuma is a member of many national and international organizations currently, and one of the most successful women in Nigeria ever. 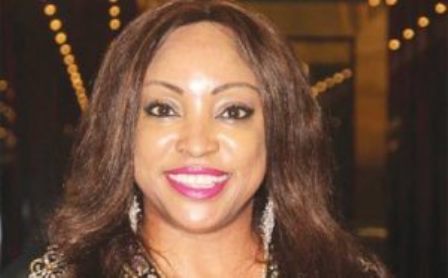 She is the great granddaughter of King James Ekpo Bassey of Cobham town in Calabar, Nigeria, and her father, Professor Sylvester Joseph Una, is from Uyo, Akwa Ibom State.

Her name might not ring a bell especially if you’ve seen or heard of her business but the woman is well worth over $850 million as of today.

Among other businesses, Fifi is into oil and gas, building construction and real estate. With these, she had made her fortune. 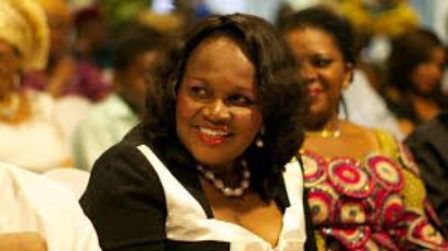 Dr. Stella Okoli, the founder of Emzor Pharmaceutical Industries Limited, a popular pharmaceutical company that has produced over 30 drugs that are consumed both in Nigeria and Africa today.

Emzor Paracetamol for example, is one of the most popular drug among Nigerians today.

Dr. Stella Okoli is the fifth richest woman in Nigeria and is worth over $800 million. 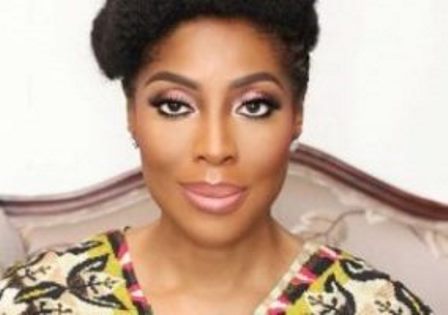 Bimbo Alase started as an owner of a small furniture store in Lagos, the business later grew in leaps and bounds and she named it Leatherworld Furniture Company.

The company is currently the biggest furniture company in Lagos. She’s currently a million in USD and worth over $750 million.

This makes her the sixth richest woman in Nigeria. 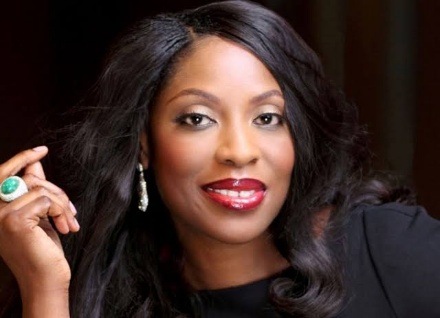 Mo Abudu is one of the most successful women in Nigeria ever. Although she had her upbringing in the United Kingdom, She is among the few women who have made a huge mark in the Africa as a whole.

Mo Abudu faced discrimination due to her skin color of being among the black women who were in the minority at that time in the UK. It was this factor that spured Mo Abudu into championing the fight against racism and equality of the human person.

Her education was at the University of Westminster where she bagged a master’s degree in Human Resource Management. When Mo Abudu arrived Nigeria, she was made the head, human resource department at one of the top oil companies in the country, Exxon Mobil, Nigeria.

Mo Abudu is also a very successful business woman. She has interest in various businesses, from hotels, human resources companies, media, etc. She is regarded as one of the richest media personality in Nigeria and Africa as she signed a multi million dollar deal with NETFLIX.

Mo Abudu is a philanthropist also and the seventh richest woman in Nigeria with a net worth estimated at $650 million by Forbes this 2022. 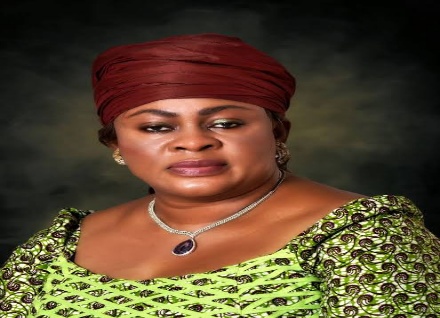 Sen. Stella Oduah is the richest female senator in Nigeria with a net worth estimated at $600 million dollars. Most people attribute her wealth to politics as several allegations of corrupt activities has been linked to her.

Aside politics, Stella Oduah has been listed among the richest business women in Nigeria due to her stride in the business sector. Currently, she is a senator of the Federal Republic of Nigeria and was a one time Federal Minister for Aviation under Goodluck Jonathan regime as president.

Due to the countless allegations she faced, ranging from illegal importing of BMW cars, getting a fake MBA degree, funds embezzlement, etc, her image isn’t as neat as the remaining successful business women ob this list. 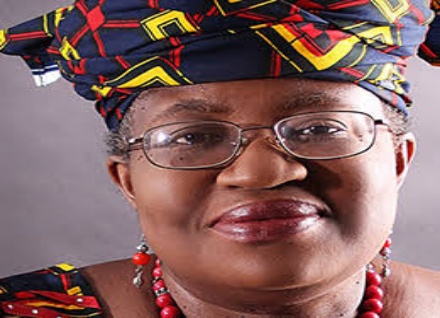 Ngozi Okonjo Iweala is one of the most powerful women in the world according to Forbes. She is also the most educated woman on this list of richest women in Nigeria.

As an economists, Ngozi Okonjo-Iweala has occupied many political, ambassadorial and even seat at the world bank. She got her degrees from Harvard University and did her PhD and masters degree at Massachusetts Institute of Technology. She worked for 25 years at the world bank and was also the finance minister in Nigeria twice.

Ngozi Okonjo Iweala is the 9th richest Nigerian woman this 2022 with a net worth estimated at $550 million. 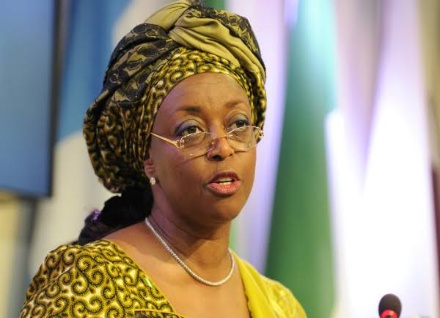 Diezani Madueke is another Nigerian female politician ranked among the richest women in Nigeria. According to Forbes, Diezani is worth $500 million USD.

Prior to her joining politics, she schooled both in Nigeria, US, and England. Upon her return, she worked for Shell Petroleum in Nigeria and made her mark in the oil and gas sector. In 2014, she became the first-ever female to head OPEC as its President.

Politically, she served as minister of transportation, mines and steel development, and also petroleum. Diezani has lots of allegations of financial misconducts of awarding contracts illegally during her tenure as minister of petroleum. She remains one of the most successful wealthiest females in Nigeria.