The politicians in Nigeria that are wealthy today have been listed among the influential men in the country. This is because their political power comes with monetary benefits whether they are governors, senators or presidents. 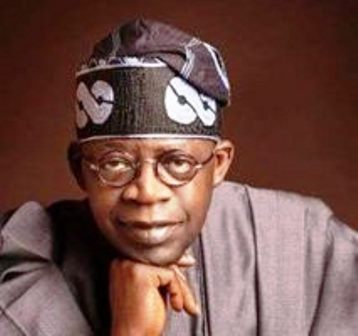 In no particular order, we list the top 10 richest politicians in Nigeria and their net worth for 2022.

Olusegun Obasanjo is an influential Nigerian politician who served as president of the Federal Republic of Nigeria for two terms.  He was equally a military ruler, ranking as a general in the Nigerian army before his retirement.

Obasanjo also served as the Federal Minister of Petroleum Resources from 1999 to 2000. From 1974 to 1975, he was the Federal Commissioner for Works and Housing. He holds a PhD in Theology from National Open University of Nigeria (NOUN).

Obasanjo was also imprisoned during the Abacha regime. He is still very much influential in the Nigerian political space. He is a member of the People’s Democratic Party but he tore his membership card. Obasanjo’s net worth is currently estimated at $1.8 billion US dollars.

Bola Tinubu is one of Nigeria’s richest politicians and a former governor of Lagos State, holding office from 1999 till 2007. He is also the Asiwaju of Lagos and the Jagaban of the Borgu Kingdom. He is 66 years old and a staunch member of the All Progressive Congress.

He is married to Oluremi Tinubu, a serving senator in the country. Bola Tinubu is the most powerful politician in Nigeria who masterminded the removal of an incumbent president from office. Tinubu’s net worth is estimated at $1.5 billion US dollars.

Rochas Okorocha served as a governor of Imo State for two terms. He is regarded by some as the richest politician in Nigeria because he was a successful Igbo businessman before he entered into politics.

He is the founder of Rochas Foundation, an NGO which gives scholarships to children of the poor. He is 56 years old and has been influential in the south east.

Okorocha’s net worth is estimated at $1.4 billion US dollars when you add up his assets, businesses and investments.

Rabiu Kwankaso is a former governor of Kano State who held office for two terms. He is among the influential politicians from the North.

He was also a Defense Minister during Obasanjo’s regime and was also the Deputy Speaker of the House of Representatives from November 1992 to November 1993.

Kwankaso is 62 years old and is married to Salamatu. He is currently a senator from Kano Central and his net worth is estimated at $1.15 billion US dollars.

Kashim Ibrahim Shettima is a wealthy Nigerian politician and the incumbent governor of Borno State. He is a member of the All Progressive Congress, the ruling party in the country. He holds a B.Sc in Economics and a Masters Degree in Agricultural Economics from the University of Ibadan.

Having worked as a lecturer, Shettima loves to read books and has been awarded as the governor of the year by several organizations. He is a Muslim and has three children from his wife, Hajia Nana Shettima.

Kashim Shettima’s Net Worth is estimated at $1 billion.

Rotmi Amaechi was the former governor of Rivers State and the incumbent minister of transportation in the Buhari’s administration. Amaechi is 53 years old and married to Judith Amaechi with children. He graduated from University of Port Harcourt with a BA in English Language.

Rotimi Amaechi was a former Speaker of the Rivers State House of Assembly from 1999 to 2007. Amaechi is also a member of the APC. He is Catholic by faith and a Commander of the Order of the Niger(CON).

During his tenure as Rivers State governor, Rotimi Amaechi’s net worth was estimated to be $757 million.

Adams Oshiomole is a rich Nigerian politician from Edo State, Nigeria. He was the former governor of Edo State and also the former president of the Nigerian Labour Congress (NLC).

Oshiomole is an influential member of the All Progressives Party whose net worth is estimated at $625 million dollars.

Atiku Abubakar is a very rich politician in Nigeria who served as the Vice president during the Obasanjo’s administration. He is from Adamawa state and a member of the People’s Democratic Party.

Atiku Abubakar was also a former comptroller general of the Nigerian customs and his net worth is estimated at $900 million dollars.

Babatunde Fashola is the 13th governor of Lagos State who was in office from 2007 to 2015. He is presently the Minister of Power, Works & Housing. Fashola is 55 years old and married to Abimbola Emmauella Fashola, a union blessed with children.

He is a card carrying member of the All Progressives Congress (APC) and one of the most educated politician in the country that is influential. Fashola studied Law at the University of Benin and graduated in 1987. He finished from Law School in 1988. Babatunde Fashola is a Senior Advocate of Nigeria (SAN). He previously worked actively as a lawyer at various law firms before politics.

ALSO READ:  Names of Senators in Nigeria And Their Constituencies (Updated, 2022)

Fashola was the best governor in the country while he was still serving as Lagos State governor, this led to his electionfor a second term due to his performance. Babatunde Fashola’s net worth is estimated at $448 million.

Ibikunle Amosun is last on our list of richest politicians in Nigeria. He is now a former governor of Ogun state after serving his tenure. He was the Senator for Ogun Central from 2003 to 2007.

Ibikunle Amosun achievements as governor has been acknowledged by many Nigerians. He has won several awards due to his contributions in the Nigerian political scene. Ibikunle Amosun’s net worth is estimated at $442 million US dollars.

Seyi Makinde is the new governor of Oyo state under the Peoples Democratic Party.

At age 51, Seyi Makinde’s net worth is estimated at N48 Billion which he recently revealed in accordance with the law.

He isn’t among corrupt politicians in Nigeria who use their offices to steal public funds to make themselves wealthy.