There’s no doubt saying Nigerian footballers around the world are extremely rich. During the transfer season, you hear news of how much a team is ready to pay on a player services on the pitch.

For example, Lionel Messi who is the highest paid footballer in Europe and in the world, earns roughly £500,000 per week and if you calculate Messi’s salary in Naira, you would be amazed as to why he is regarded as one of the world’s richest football players.

You might not know who the richest football player in the Nigerian team is. You might be thinking that musicians or actors are richer than these sportsmen but that’s not true as the salaries of these Nigerian football stars who ply their trade at top clubs around Europe and Asia has seen them live expensive life-styles.

This article lists the top 10 richest Nigerian footballers and their current salaries this 2022.

Odion Ighalo is a professional Nigerian footballer who plays as a striker. Born in Lagos and raised in Edo, Ighalo played in Nigeria with Prime and Julius Berger, where he was discovered by FIFA agent Marcelo Houseman who recommended him to Atta Aneke, being subsequently taken on trial by Norway’s Lyn.

After Lyn, he moved to Udinese for a 5-year contract where he was loaned to Granada and Cesena. Ighalo also played for Watford and he’s currently playing for Changchun Yatai, a Chinese club.

As it stands, Ighalo is the highest paid player in the Nigerian team earning a whooping £190,000. He is currently on loan from his parent club to Manchester United in the English Premeir League and he is in top form at the moment.

There is a news trending online tthat his parent club, Changchun Yatai are willing to increase his salary to £400,000 a week before tax to ward off interest from English sides trying to secure his services.

John Mikel Obi variously known as John Obi Mikel or Mikel John Obi, is considered to be the richest Nigerian footballer this 2022 who plays and captains the Nigeria national team. Mikel obi’s spell at Chelsea proved to be one of his significant moments in football.

His prolonged Chelsea spell of 10 years or so earned him massive wealth and incredible recognition as one of the most notable Nigerian footballers across the world. Currently, he is considered the richest footballer in the Nigerian team. Obi’s worth is estimated to be $57 Million.

Mikel formerly played for Chinese outfit, Tianjin TEDA FC and they paid him a whooping £140,000 per week, which has an equivalence of 66.7 million in naira and $183,000 in dollars. Mikel’s current club is Trabzonspor and he earns similar figure there.

Due to the recent coronavirus pandemic hitting the whole world, Mikel terminated his contract with the Turkish side due to the fact that they didn’t stop playing during the time of the crisis. 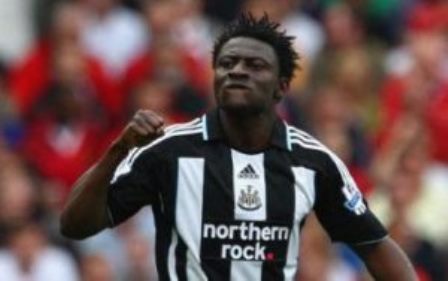 Obafemi Akinwunmi Martins is another rich Nigerian footballer who plays as a forward. This player is known for his speed on the ball. After leaving Nigeria for Italy at age 16, he has since played for a number of top-division clubs around Europe.

He is married to Ghanaian-Italian Abigail Barwuah, sister of Mario Balotelli. The couple have one child named Kendrick, born in 2013.

Obafemi Martins began his senior career in 2002 at the Italian Serie A Club Inter Milan, before moving to the English Premier League club Newcastle in 2006, and then the German Bundesliga club VfL Wolfsburg in 2009.

ALSO READ:  How To Become A Professional Footballer In Nigeria (2022) 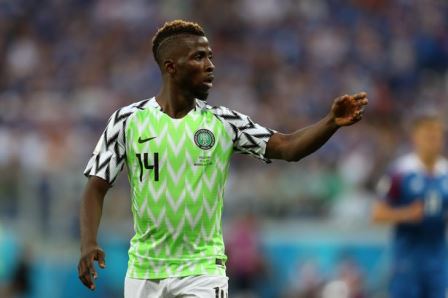 Kelechi Promise Iheanacho was born 3rd of December, 1996 and is a Nigerian professional footballer who plays for Premier League club Leicester City and the Nigeria national team.

He is currently one of the top paid players in the Nigerian team. He earns £75,000 weekly at Leicester City.

Used as a wing back in Chelsea, Victor Moses can operate as a winger and is also among Nigeria football stars to earn big salary in England.

He has gained over 20 caps for Nigeria since his debut in 2012 and played in their winning campaign at the 2013 Africa Cup of Nations, as well as the campaign in the 2014 FIFA World Cup. He currently earns £75,000 weekly as his salary and currently is on loan to Inter-Milan FC from Chelsea. 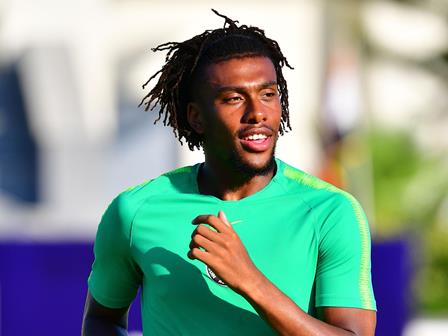 Alex Iwobi was born on the 3rd of December 1996. He is one of the recent stars of the Super Eagles. Iwobi currently plays as a forward for Premier League Club Everton and is one of the richest football players in the Nigeria national team.

Iwobi started as a youth international for England, with whom he won the Victory Shield of 2011. Iwobi went on to play for Nigeria. He made his senior debut for the Super Eagles on 8 December 2015, replacing Ahmed Musa in the 57th minute of a 2–0 friendly defeat to DR Congo in Visé, Belgium. 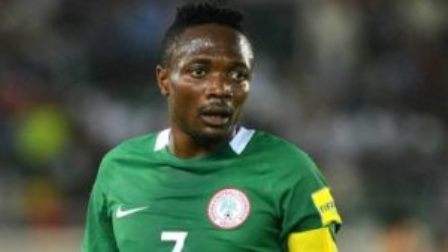 Ahmed Musa is a Nigerian professional footballer who plays as a forward and left winger for Saudi Arabian team Al-Nassr. Musa is the first Nigerian to score more than once in a FIFA World Cup match after scoring twice against Argentina in the 2014 FIFA World Cup.

He is also the first Nigerian to score in two FIFA World Cup competitions after scoring twice against Iceland in the group stage of the 2018 FIFA World Cup. Musa currently earns £60,000 as his weekly wages. 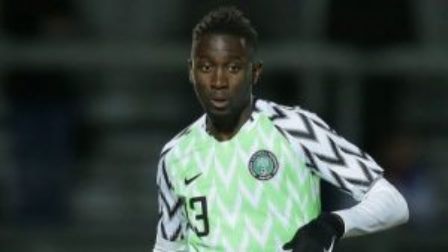 Wilfred Ndidi is a Nigerian professional footballer who plays for Premier League club, Leicester City and the Nigeria national team as a midfielder.

He spent his youthful career at Nath Boys Academy. He then played for Genk before moving to Leicester City where he currently plays and earns £50,000 every week.

Emenike would later play for the likes of Fenerbahçe, Spartak Moscow and Olympia Kosovo. In 2018, he mutually resolved his contract with Olympiacos and he is currently on loan to Las Palmas although he is currently injured. 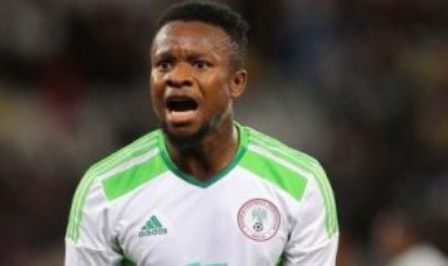 The 24 years old footballer starred in the Team that won Nigeria’s last 2013 African Cup of Nations.

The ex- Lazio player was transferred to Trabzonspor FC and now earns a sum of 16,000 GBP per week.