How wealthy is your pastor? see the list of Nigeria’s richest men of God. 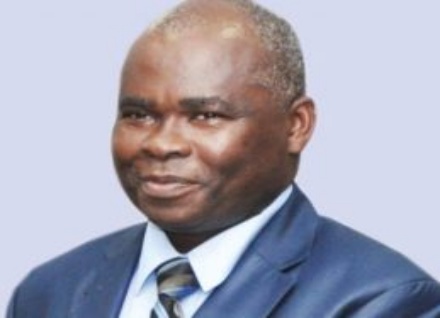 It’s no doubt that Nigeria is made up of great and rich citizens who are capable of making things happen through their financial might. To back up this claim, Africa’s richest man Aliko Dangote who hails from Kano state and the continent’s richest woman, Folorunsho Alakija also from Nigeria, are two influential figures in the world.

However, we are not focusing on these Nigerian billionaire personalities but on the rich pastors we have locally and even beyond the country’s borders. It would shock you to know that most of these Nigerian pastors own personal private jets, universities and other businesses that the source of their wealth becomes suspicious.

See the list of the top 10 richest men of God in Nigeria and their net worth below:

David Oyedepo is the richest man of God in the country according to Forbes. He is the founder and president of Living Faith World outreach Ministry, which is also known as the Winners Chapel. It is important to let you know that Winners Chapel has over a thousand branches across Nigeria and beyond.

Apart from executing God’s assignments on earth, Bishop Oyedepo also owns a publishing company, Dominion publishing house that has offers jobs to many citizens in the country.

He also owns a few number of private universities across the country such as Landmark University and Covenant University. These Universities serve as source of income to the man of God. Finally, according to Forbes, the Living Faith General overseer financially worth nothing less than $150million US dollars.

Pastor Chris Oyakhilome is said to be worth $80 million and he is the second richest pastor in the country. Although he doesn’t reside much in the country, most of his sermons and teachings on Christian principles are known to his congregation.

He is one of the few preachers in the country who hails from Edo state and is the founder of the World Believer’s Fellowship which is popularly known as Christ Embassy.

Pastor Chris Oyakhilome generates his income from investing in real estate business. The sale of his CDs and books also serves as source of income for the London based pastor. Despite living outside the country, he has over 100 branches in Nigeria alone.

Born on the 2nd of February 1942, Pastor E. A Adeboye is the third on the list as he could boast of having up to $50m as his financial worth. The Osun state born pastor is the General Overseer of the Redeemed Christian Church of God (RCCG), a role he’s being playing since 1981 when he took over from Papa Akindayomi, its founder.

Pastor E. A Adeboye is surely one of the most respected men of God in the country, this is due to the huge success recorded by RCCG under his watch. As at the time of this post, the Redeemed Christian Church of God has over 14,000 branches in Nigeria while they equally have at least three branches in 192 countries of the world.

Just like Bishop Oyedepo, papa Adeboye is one of the five men of God who have a private jet in the country. He equally owns a University and many high schools across the country.

The late T.B Joshua was a wealthy prophet worth $30m. The Ondo State indigene was the founder of the Synagogue Church Of All Nations (SCOAN). He’s also the owner of the Emmanuel TV, which is said to worth $15m.

The Evangelism TV channel has no surely brought him fame and riches since it came into existence.

The 66-year-old man of God is the founder and general overseer of the Kingsway International Christian Centreville which is one of the largest Pentecostal churches in the United Kingdom.

Pastor Matthew Ashimolowo, according Forbes and other trusted sources, is the fifth richest
pastor in Nigeria. He’s financially valued at $20m as he is reportedly into real estate management apart from being a preacher.

Ayodele Oritsejafor is the founder of the Word of Life Bible Church which is located at Warri, Delta state.

The former President of the Christian Association of Nigeria (CAN) created a Christian television station known as African Broadcasting Network, as means of reaching out to the world.

He is married his wife (Mrs Helen) in 1997, Oritsejafor is a father of two children and he also has a private jet.

In the 7th position with an estimated financial value of about $13 Million is the founder of the Household of God church in Lagos is Pastor Chris Okotie.

The former pop musician turned preacher studied law at the the University of Nigeria but he never ventured into practising laws nor used his certificate. He rather chased his childhood dream as he chose to become a pop musician in the early 80’s.

Having dumped his musical career, Okotie became a pastor and he created his church in 1987. Pastor Chris Okotie contested in three presidential elections under Fresh Democratic Party (FDP) but he failed in his bid to becoming the country’s president.

Pastor Gbenga Oso is the founder of Laughter Foundation Church. He occupies the 8th position due to his financial worth which is believed to have worth nothing less than $5m.

Born in 1945 in Anambra state, Bishop Mike Okonkwo founded The Redeemed Evangelical Mission (TREM). He initially worked in the country’s banking sector before he switched to carrying out God’s assignment.

His church is located in Lagos and has thousands of members. Okonkwo is privileged and wealthy enough to be among the list of pastors who have private jet in the country.

Born in Imo state to a Catholic family, Mouka established The Lord’s Chosen Charismatic Ministry. Apart from being a man of God, Pastor Lazarus Mouka is also an author and a Nigerian minister.

He also invested much in real estate business, book publication among many other money-making businesses.

Prophet Chukwuemeka Ohanemere is a popular pastor in Nigeria and the owner of Mountain of Fire and Holyghost Intervention Ministry. His church is located in Onitsha, Anambra state.

Also known as the Lion or Odumeje (Indaboski Pahose), Odumejeje was born on the 9th February 1980 but hails from Imo state. What stands him from the rest is that Prophet Chukwuemeka is known for his radical  evangelism, radical miracles and he is also a musician with an album, Alabisidi.

Odumeje is currently trending on social media with funny memes like “indaboski bahose, Who born you? who dare you? who bring you? where do you come from? how do you exist? who you?!” ascribed to him.